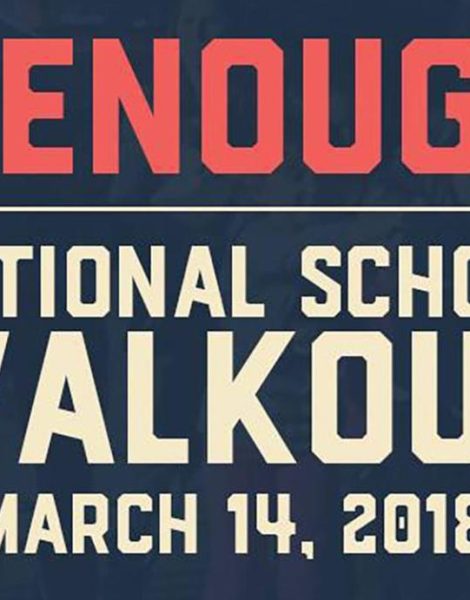 One Mother’s Thoughts on the March 14th Walkout

Today, my teen will leave school at 10 a.m. and participate in a 17 minute walkout on the one-month anniversary of the school shooting that left 17 students dead in Parkland, Florida on Valentine’s Day.

I asked her why she was opting to participate in the event.

She told me that she felt like she needed to honor the students who were killed in Florida and all the prior school shootings.

She told me that she felt like things needed to change, and this was her way of saying that with her peers, that their collective voices have a bigger impact when used together rather than individually.

She told me supports gun control and sees her actions as a way of making that clear.

She told me that she knows some people think she should be in school learning, but that not feeling safe in school doesn’t help her learn. She said she’s learned a lot from the student activists in Florida and that the way her schedule works, she isn’t missing instructional time.

When I asked her if she had seen the popular social media share about how students should stay in school and be kind to other students, she said she had. She told me she thinks that it isn’t an either/or decision. She can participate in a 17 minute walkout and take action to make her school a kinder place and to reach out to kids she doesn’t know.

I told her I was incredibly proud of her and supported her decision 110%.

Had she told me that she wasn’t participating and clearly articulated logical reasons why, I would have told her the same exact thing.

I want her to be thinking independently, to be carefully considering her position and to be able to explain it. That’s what makes me proud. There are a lot of different ways to be a good citizen, and I want her to the follow the ways that make the most sense to her.

It’s not about what I would do if I was in her position. I may or may not agree with her, but it’s the ability to articulate why she’s doing what she doing that is so important to me.

I’m grateful that her teacher and the administrators in our school district have worked have worked together with police and the wider community to make sure that kids have the option of joining in. I’m especially grateful to teachers who have encouraged kids to be thoughtful about their decision.

One thing I love hearing from her and other kids is the recognition that complicated problems are the result of numerous causes.

Addressing the problems of gun violence isn’t an either/or proposition.

It’s not be kind vs. take a stand, or mental health vs. common sense gun control measures. Instead, replace “versus” with “and.”

There’s no reason anyone has to pick just one. It can be a multiple prong approach. In fact, it should be.

Our kids can participate in a walkout and be kind to their fellow classmates and take their education seriously.

And I’ll be applauding them.

This post originally appeared on Between Us Parents. It has been reprinted with permission.

Shannan lives in the suburbs of Chicago with her husband and teen daughter. She's a recovery attorney who now blogs at BetweenUsParents.com, ChicagoNow, and as part of the Chicago Parent Blogger Network. Her writing has appeared on the Erma Bombeck Writers' Workshop, Scary Mommy, BonBon Break, Brain Child and In the Powder Room, and her essays have been included in two anthologies by The HerStories Project. She is also freelance writer for regional magazines. Shannan was in the 2013 cast of Listen to Your Mother, despite the fact that her daughter often fails to do so.
All Posts
PrevPreviousForget Forty Bags in Forty Days: What If I Told You That You Never Had To Declutter Again?
NextOn St. Patrick’s Day, Just Spell it Right, For Luck’s Sake!Next