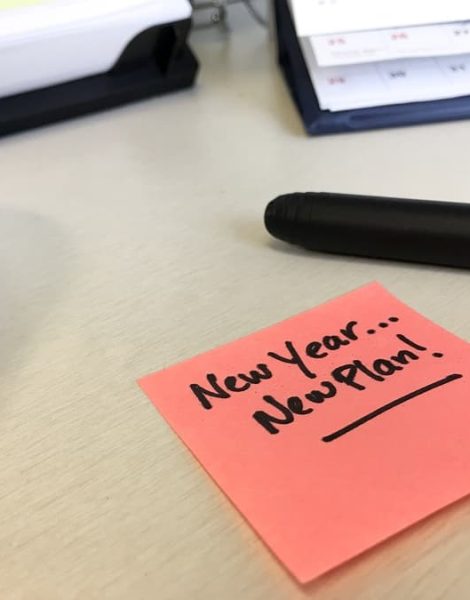 This may sound a bit strident, but I positively loathe the concept of the New Year’s Resolution.

Of course, an argument could be made my feelings are due to never having successfully stuck to one. In fact, the only time I’ve ever followed through  was last year, when I literally resolved NOT to set myself up (again) to fail. That’s not being harsh, to “waiver or fail” is actually the opposite of “resolve.”

Admittedly, if looked at from the proper perspective, and if approached in a rational manner, the New Year’s Resolution could be a wonderful thing. An opportunity to commit yourself to changing bad habits or adding in new ones. There is nothing wrong with deciding to cut back on the number of sodas you drink in a week, or taking the stairs instead of the elevator. Small steps to better habits—the key, they say, is in keeping it simple.

For example, a few years ago my “resolution” was to evolve. I had a lovely long list of all the ways I could stand to improve. Nothing like setting the bar super high with lofty outcome-based goals. My goal was to become better, to do more, to be… I don’t know what. My perfect self, perhaps?  I had no process for achieving these things, of course. What I had was the mental finish line of how I wanted to be a “New Me” in merely 365 days.

That’s totally simple, right? I may be exaggerating slightly, but the thing is, I’m not alone in a history of setting myself up to fail, year after year.

Like so many simple concepts, the New Year’s Resolution has fallen victim to over-commercialization. New Year, New You!! In one thousand different ways, this message starts as soon as the calendar turns to December. There is an entire sub-culture built around the notion that on January 1st we get to start anew. I will save my feelings on the diet and fitness industry for another article, except to point out it is built on the cultural understanding that we must resolve to make ourselves over annually.

Last year I decided I wasn’t buying into it anymore. Rather than hitting the reset button on an endless cycle of resolve and waiver, renew, resolve and fail, I sought a different way to approach the new year before me.

For 2016 I decided to take the idea of picking a word for the year. I’d set intentions at the start of a yoga class or meditation, but this idea was to choose just one word to carry forward through the year. Not to be a goal, or a target, but rather to be like a touchstone in my pocket. One word to help set the tone for the year.

Which is how 2016 became my year of Balance.

Life is complicated. As I imagine many people do, I’ve long sought more balance in everything. Not in a silly “eat a pizza, scarf cookies and watch Netflix one day, and the next drink kale protein smoothies and spend the entire day at the gym” type of way. More the desire to bring some feeling of order to the chaos of life. 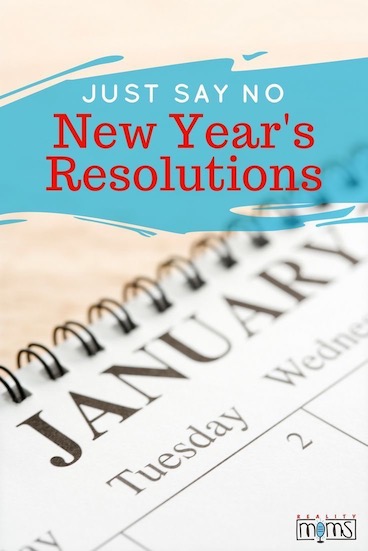 It’s funny, because until a few weeks ago, I didn’t really think too actively about my word of the year. In hindsight, I can say when I felt conflicted, I remembered that this was the year of balance, and would choose to lean away from what felt like going “all in.”  Is my life now in perfect balance? No, of course not. But here’s a few things I did work on, thanks to my one word for 2016.

So am I going to be making a New Year’s Resolution? You can be sure I will not. What I am doing is picking a new word to set the tone for 2017.

Just one word; a touchstone in my pocket.

Live with intention.
Walk to the edge.
Listen Hard.
Practice wellness.
Play with abandon.
Laugh.
Choose with no regret.
Appreciate your friends.
Continue to learn.
Do what you love.
Live as if this is all there is.
― Mary Anne Radmacher

Serendipity Indigo is the self-proclaimed Queen of Silver Linings. She frequently writes about the struggle to find the bright side on her blog Mother of Serendipity. Although raised a military brat, she's called New York City home for the last 16 years. Now a wife & stay at home mother to her two young Rebels she can be found ranting, raving, looking for unexpected treasures, and committing random acts of photography. Most of this randomness is shared on her Facebook, Twitter, Instagram, Pinterest, and whatever other social medias the kids are into these days.
All Posts
PrevPreviousReal Talk About Babies
NextBest Of #RealityMoms 2016: The Posts You LovedNext