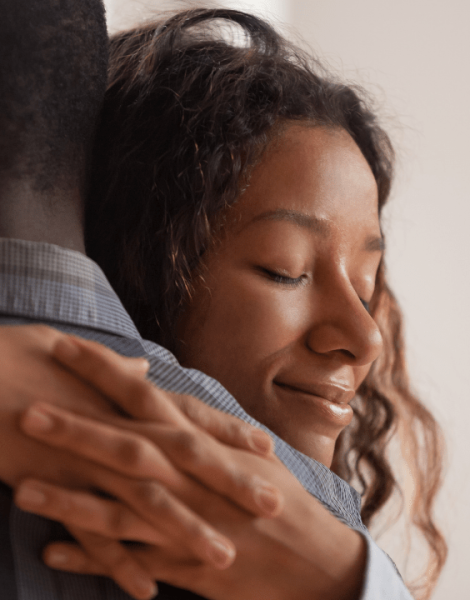 “I’m afraid,” I mumbled around my hands, trying to push the tears back in before the boys found us and started with questions and their own worried cries.

“I know,” Rocco answered. “It’s frightening. And you weren’t in a good place before this. I think you’re having a breakdown.”

“This world. I hate our world right now. I want to believe in this world, in humanity, that kindness can win. But look at us. Hate is winning. Hate is growing. I know it seems overly dramatic, but this really, truly feels like the End of Days.”

My chair rolled back slightly as he lowered himself to the floor, placing his elbows on my knees. He pulled my hands from my face and held them loosely in each of his. His calm eyes and smooth brow came into focus as I blinked, sending another cascade of tears down my cheeks.

“Hate isn’t new,” he calmly stated. “Cameras are new. This has always happened. And it’s always been wrong. But now more people know about it. More people see it happening. It empowers us to work harder at ending it.”

I willed my lungs to expand without gasping, letting his words tug at the frayed edges of my hope. “Do you really think so?”

He nodded, squeezing my hands as two three-foot-tall blurs hurtled past us, screeching.

“I am stronger because of you.” His voice was earnest as he pulled at my hands, silently asking me to meet his eyes again.

“I am stronger because of you,” I whispered in return.

“Even if the worst happens, we will win. Love will win. We’re raising our boys to be allies. We won’t be silent. We’ll all be stronger together.”

I nodded, swallowing hard, willing his words to be enough.

This post originally appeared on EllyLonon.com. It has been reprinted with permission.

A member of the Liberal Elite herself, Elly is still recovering from growing up in a Red State. Born and raised in North Carolina, she moved to Manhattan for graduate school and to pursue a career in the music business. Weary from consistent marginalization by the patriarchy, she left both the industry and NYC, opting to work for a not-for-profit and moving to the suburbs of Jersey where living near a Superfund site promptly gave her cancer. Once in remission, she read far too many self-help books, learned to embrace life and abandoned her previous career to write and procreate. For more information visit EllyLonon.com. You can find her on Facebook and Twitter or catch her Ukelele Fridays on YouTube.
All Posts
PrevPreviousOne Child is not a Selfish Choice
NextWhen Parenting Took Over my MarriageNext