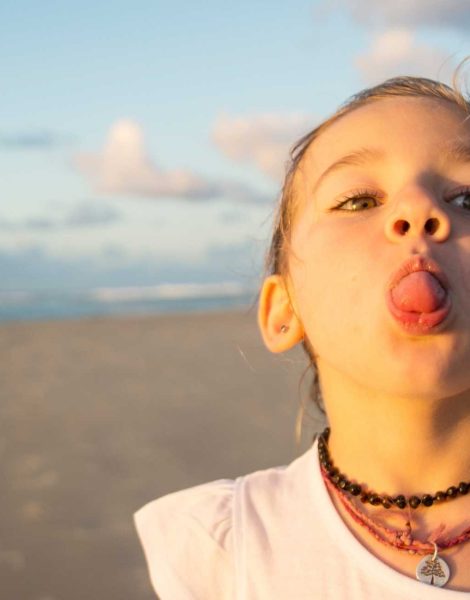 Listen to Me Anyway

A few months ago, I was on a self-care kick.

I bought three mindfulness magazines made from recycled paper, and a candle that smells of books.

The magazines sit unread in various corners and different piles. The candle is still sealed.

Neil looks at me this morning and says it’s my mission for today to go through the magazines and make notes.

So wait, there’s homework now? Self-care is a chore?

I kinda don’t have the time.

Neil was away for two weeks and it was just me and Isla for most of that time. That’s fine. That’s my job. Sometimes I don’t even remember that I have a name.

And my kid is awesome. Amazing and clever and accepting. She looks at most things as teamwork, and she is wiser than I will ever be.

But she’s all that and still a kid. I get that. Funny and dancing with more energy than I’ve ever seen in one person.

“Not yet. After this show.”

I turned the TV off.

She mostly does. Other times I am genuinely curious. But then, she’s three, that’s the reason.

Her usual answers are:

I was ready to laugh at one of those lines.

But she didn’t say them.

Last week, she said, “Because you’re in a wheelchair. If you could walk, I would listen to you.”

She’s never said that before, and I was a good thing I was sitting down. Because my heart dropped.

I’ve cried in front of Isla before. I believe in showing emotion when you feel it.

She’s been the reason for all my happy tears for years.

But she’s never made me cry like last week.

I do get frustrated, sometimes, that I’m not on the same physical level as other mothers. (Except for the time Isla came out of my body, that was pretty physical.)

But then I realize I’m not other mothers.

Last week, I cried. Then I sucked it up.

I debated a political discussion. Mentioning that you should listen to people whether they can walk or not, disabled or not. We are all humans. I debated mentioning that technically I can walk, I just choose not to. Because I’m not very good at it. And I’m a better mother on wheels than I am standing up.

But then I remembered we had six whole minutes before school started.

And so, I met her where she was.

“Listen to me anyway,” I said. “Because I’m your mother.”

See, that phrase does work sometimes. Because she got dressed and out the door.

She left and I cried some more.

She forgot what she said by the time she got home. I was her favorite mother again. That’s convenient.

That night, getting ready for bed, she took a running jump at it from the footboard.

“Can’t you get in from the side like a regular person?”

I had no comeback for that one.

This post originally appeared on Gin & Lemonade. It has been reprinted with permission.

Lorna is an American living in Scotland with her husband and daughter. She has Cerebral Palsy and a sense of humor. She hoards books and all her computers have names. Lorna has been blogging at Gin & Lemonade since 2010. You can find her on Facebook and Twitter.

This generous #RealityMom or #RealityDad has shared their wisdom with us.
All Posts
PrevPrevious9 Things Not To Miss in Hershey Pennsylvania
Next7 Ways to Keep Your Kids Cool in the SummerNext