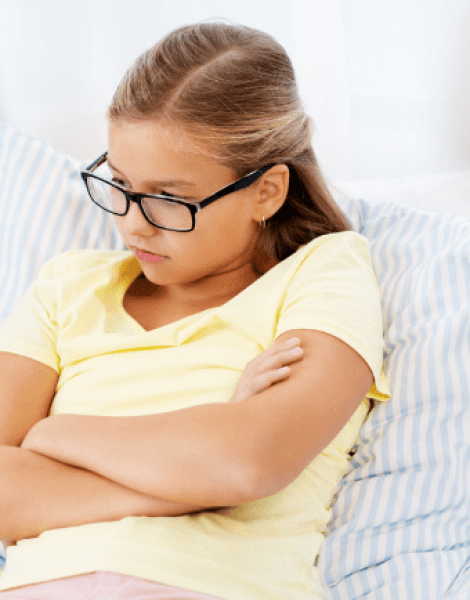 Liar Liar: Can I Light Her Pants on Fire?

Seriously can we set our kids’ pants on fire? That’s something they would remember right? It would make them second guess lying again, right?

It all started 2 weeks ago when I noticed someone was in my bedroom–BEFORE CHRISTMAS! With all the presents in my closet I lost my mind. (The big guy said I have to stop with losing my mind for New Year’s but since this is about things that happened pre-New Year’s, I think I’m good). I have four kids (one boy and three girls ages 13-16). Some of my little people still believe (or at least they haven’t told me they don’t and I’m gonna say they do ’till I hear otherwise). I had a gut feeling and approached the culprit who vehemently denied seeing anything. She was just trying to help me by cleaning my room but promised she didn’t see anything.

This is where it gets sticky because I appreciate the thought—but I told the kids to stay out of my room earlier in the week and I KNOW she is lying and that is not OK. So after a bit of mom magic she confessed and we had a LOOOOOOONG convo about not doing that again. She was no longer allowed to go on a trip she wanted to go on and I walked away KNOWING what a great parent I was and how I’m changing lives (Mrs. America wave while wearing my PJ’s—I’m nailing this parenting thing).

Fast forward to a few days after Christmas and putting a foosball table together. It is a nice one EXCEPT the company put a HUGE RED AND YELLOW sticker on the top alerting us that this is NOT a toy. Which is weird b/c really? It’s not for kids? It’s not to play with? What???!!!!! So I tried to peel it off and of course, it is NOT coming off. So I’m annoyed but tell the kids to leave it alone and I will figure it out. I don’t want to ruin the table. I said it out loud—it wasn’t just in my head because the big guy said we could google how to remove it.

Now listen, I’m not crazy (I mean I am but not about this). I have four kids; I know the foosball table is going to get ruined. We can’t have nice things, I know that. My husband now accepts that (I mean sometimes I see a glimmer in his eye that something might make it but then a kid rides a scooter thru the house and dents the wall he just finished spackling and he snaps back to reality). I also tell the kids accidents happen and people are more important that things. They just need to tell me what happened. With that being said…

I just happen to go down to the basement and I see that someone clearly DID NOT LISTEN TO ME. Not only is the sticker pulled up in more places there are HUGE scratches on the table.

I JUST TOLD THESE KIDS TO LEAVE IT ALONE—did this seriously happen? It’s not that the scratches are there it’s that someone completely disobeyed and I’m gonna find out who—although truth be told I knew who the liar was before I even began the interrogation.

I always give the kids a chance to fess up and give them an opportunity to correct and learn from the situation. Ya know because I’m a good mom like that—except this time Not Me did it. (You know who Not Me is right? The ghost from The Family Circus Cartoon in the paper. Apparently I need to call that mom and we need to get this lunatic under control because if this thing is jumping out of a newspaper cartoon into real life who knows what could happen next?)

I lock eyes with the #1 suspect and she passionately denies any knowledge. I do what all good mothers who thought they know everything the first time and failed do in this type of situation. I send everyone to their rooms ’till someone confesses and I hit up Facebook for advice. Listen mamas—I am not above flying the white flag to ask for help—I mean not in front of the kids but in front of you—yes PLEASE HELP ME!!!! I know Facebook has it’s downsides but for me, I love it for my mom Facebook friends can provide insightful and thoughtful advice.

You know what happened? Facebook came through for a desperate mama in need—THANK YOU!! I received so many caring and honest responses that helped me see the situation in a different way. So the end results? After A LOT of insisting that she didn’t do it—she confessed (or realized her sisters were done trying to cover for her). Either way–she sang like a mobster ratting out the family.

So what did she have to do? We prayed together. She asked for forgiveness and guidance in this area moving forward. She wrote an essay about why she lied, what she gained, what she will do differently in the future and steps to take to make sure it doesn’t happen again. A rough draft was approved and she had to do two rewrites due to penmanship issues (I don’t accept sloppy work). She had to apologize to each family member and ask for their forgiveness—she is very stubborn and I know that was difficult for her. Everyone accepted her apology and they/we hugged it out. She’s also earning money doing some chores to help pay for the stain/sealer we will need to buy to fix the scratches—which she will be doing it under her father’s guidance. It will probably look worse than it does now but it’s not the point. I want her to be responsible for her actions and know there are consequences.

This parenting thing is hard. I’m tired. I mess up. Every. Single. Day. And yet I will continue to do the hard things because that’s what makes parenting what it is. I’m not their friend. I’m not cool. I’m a mom doing what needs to be done to raise good people…and if I need a little diet coke to get through it in the meantime so be it.

This post was written by a #RealityMom who wishes to remain anonymous to protect the guilty.

This generous #RealityMom or #RealityDad has shared their wisdom with us.
All Posts
PrevPreviousMerck Consumer Medical App has Been a Lifesaver
Next10 Reasons I Want to Punch the Bubble Guppies in the ThroatNext