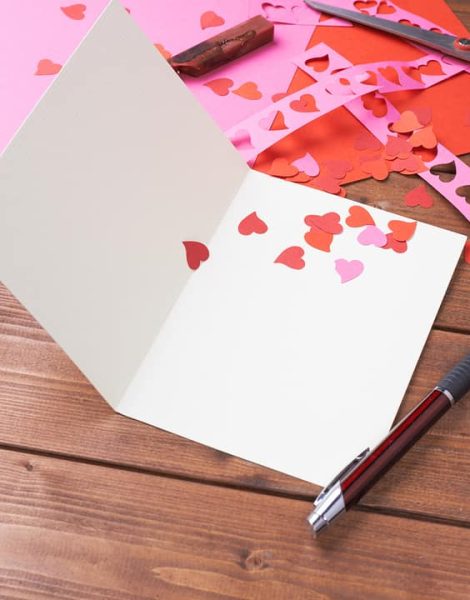 How I Learned to Spell Love

In my forty-nine years on this planet, I have had the chance to meet some amazing people and make a lot of good friends. Some have lasted beyond time and circumstance, while others have ended naturally after school, or a move or job change.

But there is one friend whose effect on me was so profound that I think of her often.

Carol and I were in the same afternoon kindergarten class. She was my ideal of what a girl should look and be like. Her long brown hair hung down to her waist, and she possessed the all-American face I longed for myself. She had the ability to make friends easily and always managed to look neat and pretty.

If Carol was a polished pearl, I was a diamond in the rough.

I couldn’t stay clean if I was kept under glass. My hair never looked right, no matter what my mom did to it, so I frequently sported a un-girlish pixie cut. And it wasn’t always easy for me to make new friends, especially with other girls.

Unlike Carol, I couldn’t color in the lines, glue anything neatly, or cut a straight line to save my life. School never came easy for me, and kindergarten was no exception.

It wouldn’t be until years later when my dyslexia was discovered that I knew why everything was such a struggle. But even at the age of five, I knew something was wrong.

I never felt like a misfit when I was with her. She liked and accepted me for who I was. If someone smart and popular like her wanted to be my friend, how bad could I be?

One day we were sitting next to each other making a card for our families. I couldn’t figure out how to spell the word love, and I asked her for help. With the skill and patience my teachers sometimes lacked, she taught me how to spell and write the word on my card. I never forgot how to spell it again.

The following year Carol started first grade at the local Catholic school. I was heartbroken and so mad at the church for taking my friend away from me. We were never classmates again. Despite only living a few blocks away from each other, we rarely got together anymore.

I can’t remember if my mother used the word cancer when she told me Carol was sick, but I knew it was serious.

I can still see her that Halloween when she came trick-or-treating. Her beautiful long hair was gone, and she had a little granny cap on. But she was on my front stoop smiling and getting her candy like any other kid.

A few months later I went to her birthday party and brought her a Barbie. Since I unceremoniously ripped every package I got, I thought it was odd that she wouldn’t take the plastic off the doll’s hair. Years later, it occurred to that she might have been trying to protect the doll’s hair because she couldn’t protect her own.

I was home sick from school the day my mom got the call that Carol died. I was in the third grade and hadn’t seen her for at least a year, but I felt the loss. I knew I would never get to play with her again. She was gone.

Carol never had the chance to grow up, but I did. I went on to have sleepovers, act in plays, sing in choirs, go to parties, and dream about what I would be when I was an adult. I got to experience all the first dates, kisses, heartbreaks, jobs, and apartments that she never did.

Today I’m a writer, wife, and mom of three. My youngest child is around the same age I was when Carol died. Life has certainly gone on. Yet each and every time I spell the word “love,” I can’t help but think of the girl with the long brown hair.

This post originally appeared on My Dishwasher’s Possessed. It has been reprinted with permission.

Kathy Radigan is a writer, blogger, social media addict, mom to three, wife to one and owner of a possessed appliance. She posts a weekly essay each Sunday on her blog, My Dishwasher’s Possessed! Kathy is the author of the viral post An Open Letter to My Teenage Son About Drinking. She is a Huffington Post blogger and a frequent contributor to What the Flicka and Scary Mommy. Her work has also been featured on, Yahoo, Elephant Journal, What to Expect, and other online publications. Kathy lives outside New York City with her family. You can follow her on Facebook and Twitter.

This #RealityMom or #RealityDad has graciously agreed to share her word baby with our site and we are eternally grateful.
All Posts
PrevPrevious#RealMomHacks – 7 Ways To Organize Your Family
Next7 Ways to Make Your Kid a Money Genius #AdNext