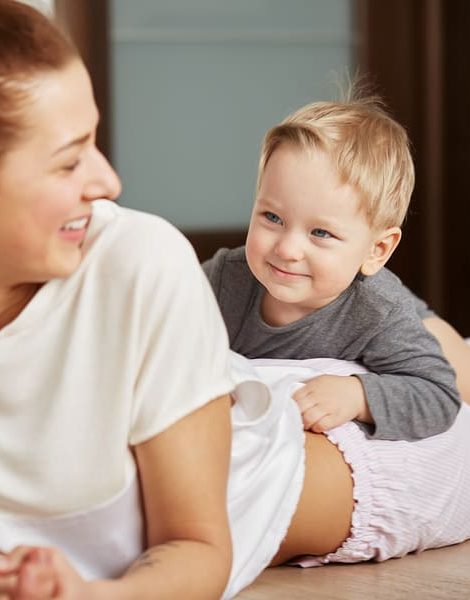 Open Letter to the Lazy Mother in the Grocery Store

I heard your kid whining for popsicles. I saw you reach into the freezer and ask which type.

As you left the store with your too-big kid sitting in the cart, asking a million questions, I saw you close your eyes and take a deep breath before saying, “Just… because. That’s just how it is.” You didn’t even give her a real answer.

There is a pervasive assumption that mothers should be “on” at all times. It seeped into the collective unconscious and became fodder for the shaming and judging of the dreaded “mommy wars.”

As the imperfect beings that we mothers are, when we make a mistake we should definitely keep it to ourselves. And if we do decide to share it with the world, it had better come served with a heaping side of remorse and personal growth.

When I wrote my essay, Dear Mom Who is Totally Screwing Up, I meant it to be a dose of reality. A note of solidarity to every mother.

Of course, the internet being the internet, I was given the antidote to my failures. Stop being so damn lazy.

I turned into the neurotic mix of mad, sad, defensive, and indigent that plagues writers who dare to read the comments.

Here’s my moment of what passes for personal growth: I’m fine with that.

I have decided my goal is not to be less lazy, it’s to be lazy better.

I am multi-tasking my laziness into excellent childhood experiences.

Truth be told, many of the most awesome memories my daughter has are probably a direct result of me being a little lazy.

The other night she planned a party in my honor. For no reason, other than the fact that she happens to think I’m sort of the best. The extravaganza ended with her giving me a pedicure in the hallway.

I lay back on the floor, put my hands behind my head, and enjoyed this great bonding experience. Really, I was just very, very tired.

The time she played in the mud at the edge of the lake covering herself hair-to-toe and pretending to be a sea monster? It’s true that I am generally pretty easy-going in regards to that sort of play, but I knew I would regret it when it was time to hose her off. Still, I decided to let future me deal with the mess.

My toddler decided to turn the dog’s water dish over, so I put a towel down and handed him some cups, spoons, and a newly-full bowl of water. I’m sure he’s learning valuable skills. I just wanted to cook dinner.

When anxiety grabs hold of my brain, I tend to turn into the “no” monster, squasher of all things fun because they might make a mess and oh my god please don’t pull out the paints right now.

When I can let go and surrender to the laziness of “I’ll deal with this later,” it leads to some of those childhood experiences I know they will remember fondly for the rest of their lives.

My kids never have to know that the kitchen concoctions and ensuing mess happened because I was just hungry and didn’t want to get up.

Who hasn’t played the game of “who can be quiet the longest” or “let’s pretend I’m sick and you’re my doctor. I’ll just lie here while you fix me up.”

Look, there is always room for improvement. If you think there is not, then you are probably twice as wrong. Sometimes I am burned out and my lazy comes out in ways that are less constructive. The “because I said so” ways.

The rest of the time laziness and creativity meld together like the blue playdough and the red playdough that I was too tired to keep separate.

Someday, after I am long gone, I imagine my son saying, “remember that time Mom let us draw on the house with chalk?”

His sister will smile and add, “remember all the glitter?”

So, maybe I am lazy sometimes. And maybe that’s ok.

Rhiannon Giles is an overwhelmed mother who only occasionally considers giving her children to the circus. She has a sarcasm problem and writes regularly at rhiyaya.com. To keep up with new posts and see some of her favorites, join her on Facebook and Twitter.
All Posts
PrevPreviousRaising Gifted Kids is NOT a Piece of Cake
NextSeven Illustrated Books that Celebrate ImmigrationNext