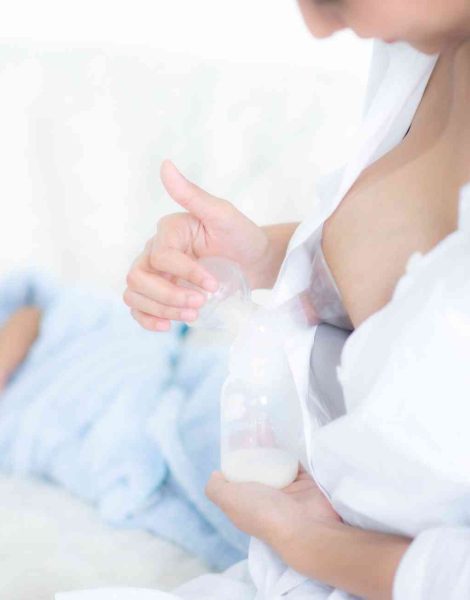 Rowan was born just under the concern-threshold for both age and weight for many complications of prematurity. The cut off for many issues is 32 weeks and/or 1500 grams. Rowan was 31 weeks 5 days, and 1446 grams. Not that issues don’t happen after that line, just they had to draw a line somewhere. And obviously younger, smaller babies are more likely to have these complications.

Aside from brain bleeds, Necrotizing Enterocolitis (NEC) is one of the biggest complications seen in premature infants. It’s the one that makes providers sweat. It’s terrifying. It can also be largely prevented by the use of breast milk in the first days and weeks of life.

In the first few days healthy term babies will get colostrum, and after 3-5 days it will transition to what we think of when we think of breast milk. Babies are far more effective than a pump, especially at getting the thicker, stickier colostrum. This presents a problem for babies who are unable to breastfeed. And of course, many of those babies can be found in the intensive and special care nurseries, weighing under 1500 grams and at less than 32 gestational weeks of age.

One of those babies was mine.

After Rowan was born I asked for a pump as soon as I was in a regular room (in my medical records “breast pump delivered to bedside” is listed under the “procedure” category). And I pumped. And pumped. And nothing came out. I couldn’t even hand express any colostrum. I knew that it would happen, but in this situation time is even more of the essence than in a full-term baby. So while I sat tethered to a pump, someone else had already put in the time that would help protect my baby.

Somewhere, at some point, a woman (or probably more than one woman) had sat connected to a pump, just as I was, and had gotten more than her baby could eat. She went through the hassle and headache of getting cleared to donate, and she did. And she’ll never know where it went, or who it helped. But it went to Rowan. A few mls at a time, via the NG tube that ran from his nose to his stomach.

From there it worked its magic, helping his tiny body in a myriad of ways. We will never know what bullets were dodged, and that’s okay.

All I know is that Rowan was given the best start and the best chance possible.

I had been told that even a drop of colostrum was helpful, as it could be swabbed inside his mouth. You’d better believe that I took them seriously. I was wheeled into the ICN holding a tiny dropper with one precious drop. One. Because it was what I could do for him. It was the first way I got to be his mother. It was the one physical connection I had with him after the others had been severed too early.

But before there was me, there were these generous women. On bad days that makes me sad, a reminder of all that we missed out on. Of the connections that were broken, and the unnatural way they were reforged. But other days I just want to thank these people who may have saved my baby’s life, and be thankful that I will never know for sure.

This post originally appeared on BlogHer. It has been used with permission.

Rhiannon Giles is an overwhelmed mother who only occasionally considers giving her children to the circus. She has a sarcasm problem and writes regularly at rhiyaya.com. To keep up with new posts and see some of her favorites, join her on Facebook and Twitter.
All Posts
PrevPreviousHe’s Growing Up In College…Without Me
NextTo The Mom Struggling To Hold Her Sh*t TogetherNext