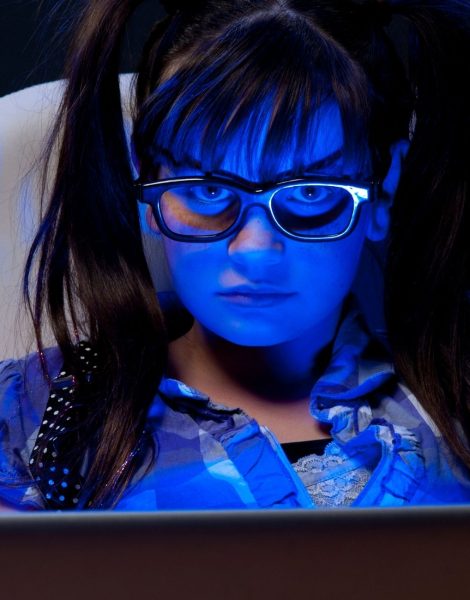 Some of my best friends are people I’ve never met. I don’t mean that in a “strangers are just friends you haven’t made yet” sort of way. And I don’t mean that I’m imagining myself to be best friends with celebrities or that woman in the coffee shop who appears to have her life together. Rather, I have a large group of friends who I only know via pixels and bytes, and they are every bit as real as the friends I see on a weekly basis.

I’m part of that Venn diagram confluence between Gen X and Millennial — not quite a digital native, but having spent most of my adolescence at the forefront of chat rooms and Listservs. I begged my parents to get the web so that I could see my name scroll by on MTV’s Yack Live, and within a few years I was using their PO box to trade bootleg cassettes. I never had my relationships fall apart in the most public of ways, but I also lacked the inherent distrust of the internet people my parents warned me about. They instilled just enough skepticism to make me savvy.

Along the way, I’ve met the most amazing people. My real-life best friend is a relic from my early Internet fan group days. One close cyber friend came to my wedding and ended up at a table with conservative family. Being in his mid-60s our family assumed he was friends with my parents.

When he said he was friends with the bride, they were dubious and asked how this older man knew me, barely in my mid-20s. “The Internet,” he responded with a mischievous smirk. Scandalous.

Then there is the “due date club” as many parenting forums call groups of gestationally synchronized moms-to-be; a mixture of the best and worst the internet has to offer. Over the past six years, my club has found a synergy that rivals any friendship shaped by proximity. Have a baby, win a prize. The prize being the love and support of thirty women who have formed a bond as strong as any other. One of the top items on my bucket list is to visit each and every one of them, and I think they would say the same. The dozen or so whom I have met have never once disappointed me.

They were among the first people I told I was pregnant the second time around, and when I started bleeding at 28 weeks they were the ones who stayed up all night keeping my mind occupied via the tiny screen on my phone. When my son was born a few weeks later they worked closely with my local friends to make sure every possible need was met, living up to our adopted moniker of “Internet Aunties.”

Yet, I still find myself throwing out disclaimers and qualifiers when I recount our conversations and inside jokes. “My online friend said,” is the start of many sentences. It’s funny how ingrained the feeling is that internet friends are somehow less than, that they don’t quite count.

These friends know my weaknesses and my strengths, as I know theirs. We have cried with each other and digitally gathered to celebrate our wins.

From here on out I pledge to be more intentional in erasing the distinction between online and real-life. Friends are friends, no matter their ability to show up at your house. My college friends who are scattered far and wide have never needed an explanation, so why should location factor into the strength or validity of the bond? These are my people; my ragtag tribe of digital misfit moms.

These are my friends. Everyone should be as lucky.

Rhiannon Giles is an overwhelmed mother who only occasionally considers giving her children to the circus. She has a sarcasm problem and writes regularly at rhiyaya.com. To keep up with new posts and see some of her favorites, join her on Facebook and Twitter.
PrevPreviousPremature Anxiety: Out Too Soon
NextI Got Divorced and I Have No RegretsNext