10 Things No One Told Me About The NICU 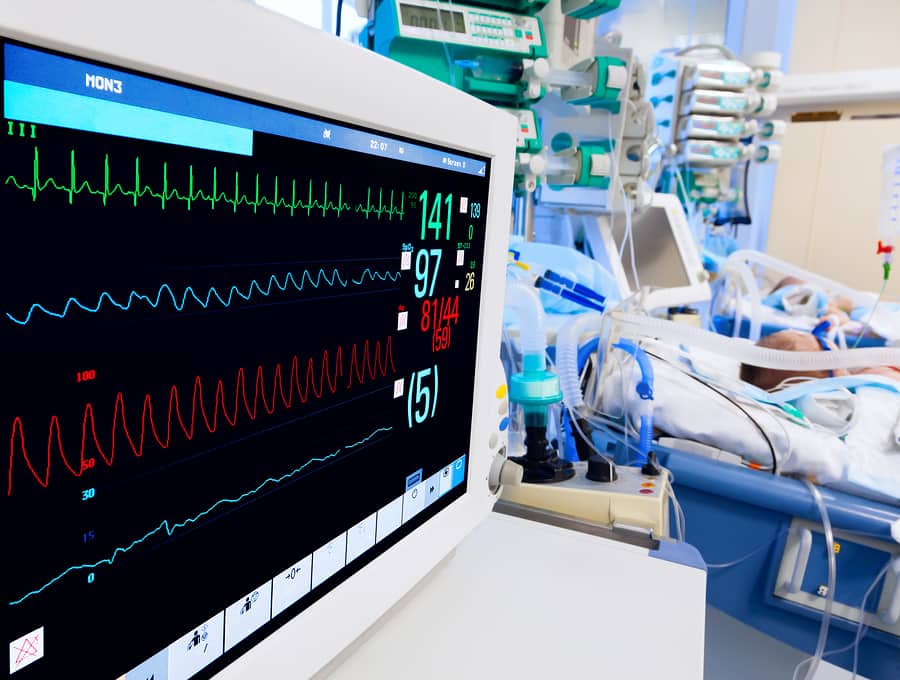 While my child was in the NICU, I had plenty of time to read every top ten preemie list I could get my hands on. Here's what I found.

During my two-week ante-partum hospital stay, I had plenty of time to read every top ten preemie/NICU list I could get my hands on. The NICU experience is vast and varied, and there is no list that will fit everyone. The realities of being a micro-preemie mom are different than that of a full-term baby and are different than that of a baby with a life-threatening condition, no matter the gestational age. So here is mine, from the point of view of a mother of a 31-week feeder and grower:

Ask for resources to help you towards your goals out of the gate, so you know where the shortages are and where you need extra support. Get a notebook and a glue stick to paste all the business cards you’ll get from various therapists and case managers and write notes to help you keep things straight. Don’t forget to ask for financial information. I did not think we would qualify for charity care and didn’t apply until we had already spent well over a thousand dollars—and they don’t back pay.

Not all NICUs are the same

Technically, ours wasn’t even called a NICU. First he was in the Intensive Care Nursery (ICN), then in the Special Care Nursery (SCN). Some hospitals have rooms for parents to sleep near their children. Some offer comfortable chairs and varying degrees of privacy. Rules for visitors vary, as does the requirement to wear gowns. Ask for information as soon as you know you’re beginning this journey and write down new questions as you think of them.

The NICU moves in waves, and for some babies, those waves crash as fast and furious as tsunamis, while for others the swells are interspersed with long periods of boredom. If there is ever a place you hope to be bored, it’s the NICU. But bored is bored, and it’s okay to want to bang your head into the wall for entertainment. Depending on what your hospital allows, you can read a book, play on your phone, or take a precious nap.

You will mess up

The first time you accidentally pull a lead off and alarms start blaring you will be mortified. You will imagine yourself as the world’s worst NICU mom and wait to be escorted off the premises or handed a big failure badge. By the 8362949th time you pull a lead off, you’ll just stick it back on. No harm, no foul.

The NICU feels like being dropped into another world with no map, where everyone else speaks the language and knows the rules. But not long ago, these parents were wandering blearily and sadly through this experience just as lost as you are. If your baby is doing well, you may feel like you don’t deserve the label of preemie mom, or maybe your baby wasn’t a preemie at all and is in the NICU for another reason. The beds next door have micro-preemies on the edge of viability, so what right do you have to be part of this unfortunate club? Alternatively, you may feel irrationally angry at the babies who are bigger, stronger, and further along than yours. My mantra was: This is not a contest.

Time slows down when your baby is in the hospital, and you start to feel like you’ll be there forever. The idea of room air and oral feeds seems impossibly distant. But for some babies, these milestones actually happen in rapid succession. One day, after weeks of naked baby time, we were discussing the possibility of clothes, and the next day we came in and he was wearing a random outfit. I went home and washed all of his preemie clothes as quickly as I could, not realizing I hadn’t let them dry completely until a nurse pointed it out to me. Oops.

Your favorite nurses can get you through a rough day

Even if you are a veteran mother, you may feel completely useless. You feel dependent on the nurses and grow attached to these lovely people keeping your baby alive. So when they tell you what a great job you are doing, you walk in the clouds. I loved it when they would sneak in some praise for me in the daily rounds. You’re clinging to every strand of evidence that you really are this baby’s mother, so those little morale boosts are a lifeline.

You have quite possibly just had your midsection sliced open and hands shoved inside you while prying your bladder out of the way. Or maybe you were a lucky preemie mom who had her baby the old-fashioned way via a tiny freight train moving through a tunnel built for an ant. Either way, it hurts. Sitting in a chair for hours on end is excruciating. Just getting to the NICU is a marathon. I thought I would pass out during those first days standing beside the isolette. Don’t be afraid to ask the nurses to help you with difficult tasks, like standing up.

“I would never leave my baby in the hospital and go home. I would sleep right there in that chair every single day and night.” Yes, actually, you would and you will. The reality was that I had a five-year-old at home who was already scared enough. There were a million phone calls to make regarding maternity leave, insurance, and hospital bills. Friends and family helped as much as they could, but some things I had to take care of. And sometimes, just sometimes, I had to take a nap.

Rowan came home after five-and-a-half weeks in the NICU and is thriving at ten months old. I’m still writing my survival manual on the fly, which may be the definition of parenthood. We’re all making it up as we go along—some of us just happen to have extra chapters. I, for one, can’t wait to read the rest of the book.

This post originally appeared on ScaryMommy. It has been used with permission.

While I am no expert, and still have a lot of growth to do, here is a list of things I’ve learned while grieving for my mother that changed everything for me along the way. END_OF_DOCUMENT_TOKEN_TO_BE_REPLACED 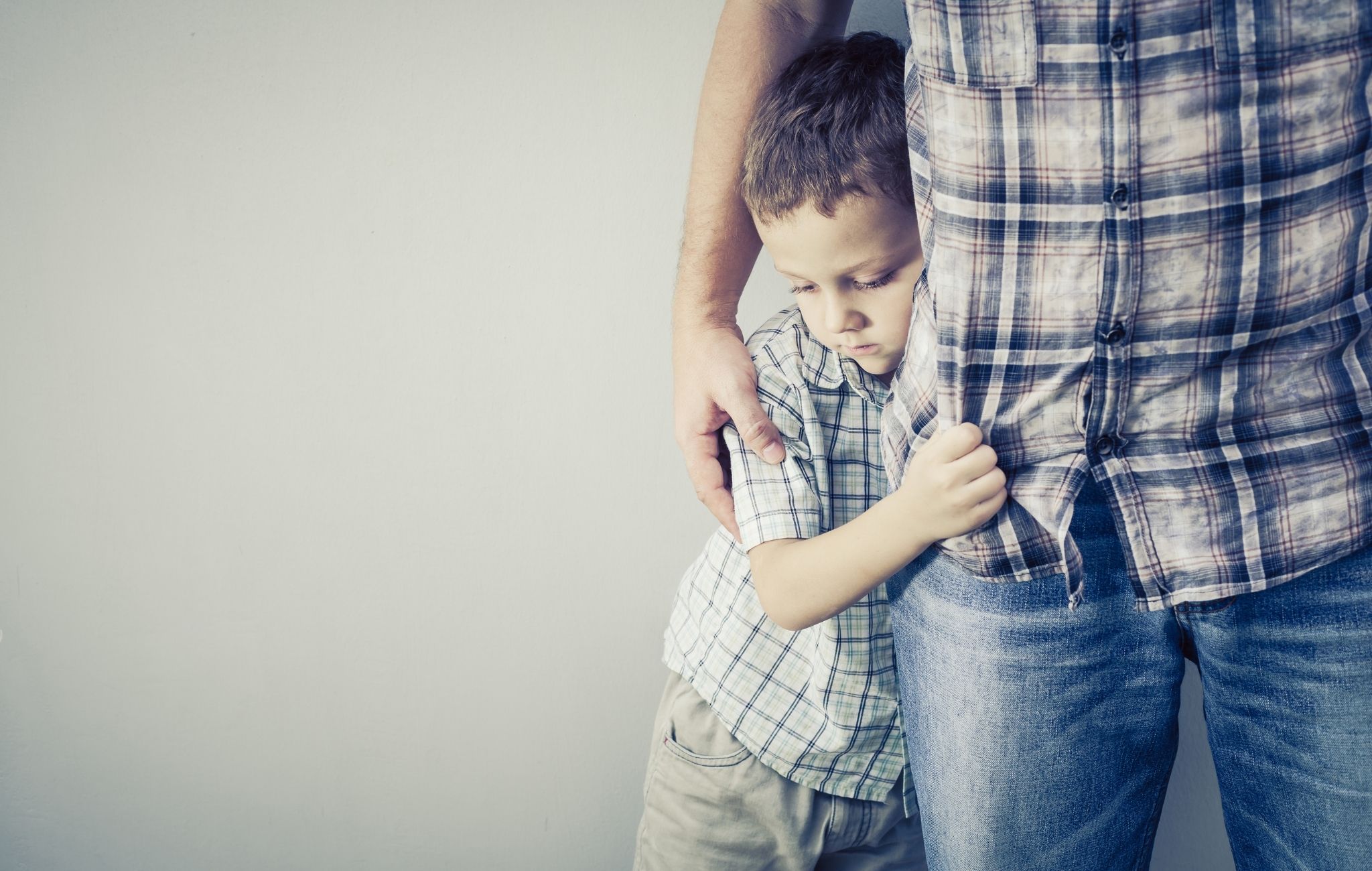 When I was a kid it never occurred to me that anyone wouldn’t like hugs, or that many folks don’t always hug and kiss hello and goodbye. END_OF_DOCUMENT_TOKEN_TO_BE_REPLACED

My father is an abusive alcoholic. I am determined to ensure that my children have a completely different childhood from the one I had. END_OF_DOCUMENT_TOKEN_TO_BE_REPLACED

I sound like a broken record, even to myself. But what is my alternative? I need to teach my children how to speak to me so I can hear them. END_OF_DOCUMENT_TOKEN_TO_BE_REPLACED

Have you ever thought this and can say it out loud

When your children are born, don’t you think the

To the world you are a mother, but to your family

You gotta nourish your flourish. Do you have trou

Are we really in this together?? Lol. Love this fr