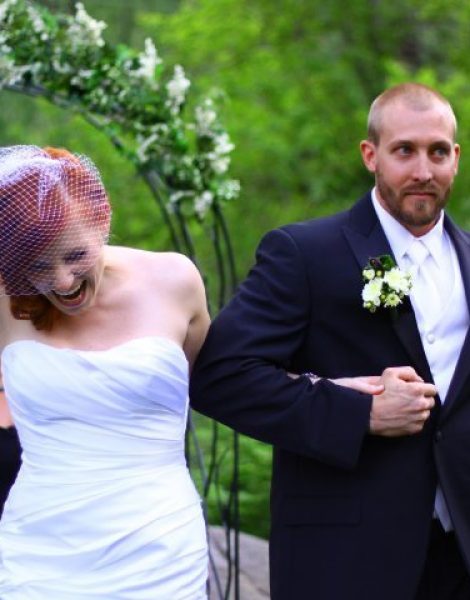 In Sickness and in Health

When he announced in front of all of our friends and family that he took me as his lawfully wedded wife “to have and to hold, from this day forward, for better, for worse, for richer, for poorer, in sickness and in health, until death do us part,” neither of us had any idea how meaningful those words would become. You never really know which one will hit you the hardest.

We’ve been poor and been fine. We’ve been worse and gotten through it.

But he’s had to deal with my struggle with long, depressing illnesses. Where I lose myself. Where I’m literally not the bubbly, adventurous woman he married. And he stays by my side.

When I found out that we may not be able to have children I spiraled. I had just lost my dad, and it was too much to handle. When I layered on all of the fertility meds on top of an already pretty serious depression I was a shell of myself. Living under the same roof as me was probably pretty terrible. Yet he stayed by my side. Supporting me. Saying yes to drastic next fertility steps that I know now were only to make me happy. Thanks to his support and understanding, we are now proud parents of an amazing three-year-old.

We went on a much needed “just the two of us” trip earlier this year and really reconnected. It was nice to have dinners and drink enough wine to get vulnerable and share things that were important but we never really had enough time to have a conversation about due to always being interrupted by a kid. We talked about our relationship during our journey to parenthood. He brought up how hard it was for him when I had slept until noon, and didn’t want to do things for a number of years. And he shared he was grateful to be back to how we used to be—adventuring, camping, laughing hysterically at silly things together. I was grateful too. We’d made it through and we were stronger than ever.

This past weekend he had to take me to the ER for pain control. At 4:30 AM this wonderful man loaded up our half sleeping kid, drove me sobbing to the nearest hospital and watched our daughter in the waiting room for the hours it took to get my pain managed.

After receiving IVs full of ketamine and morphine I was sent home. And honestly, the entire car ride I felt gratitude but also fear. I can’t believe I’m doing this to him again. And I’m sure he’s more terrified of it than I am. We have a kid now, and he’s having to manage a household, parenting and supporting me while I wait for surgery in five months to hopefully take care of all of this pain.

I’m doing everything I can not to sink back into that depressive state, but I’m afraid I won’t be able to hold it off. Being in pain all the time and feeling like you are missing out on life is depressing. I can’t go adventuring. The idea of camping is terrifying me. I’m too tired to make jokes most of the time.

Will we be able to find a new normal that is different from the one that caused us to fall in love and marry and still be happy? These are the thoughts that are currently spinning around my head.

When you say those words at the altar you are thinking, “well obviously! Sick like the flu or something right?” At 26, I still didn’t fully comprehend it, which looking back now is astonishing. My dad had been ill for some time and my mother had to manage so much. He barely was able to walk me down the aisle. Yet, I had this immature confidence that was something that wouldn’t happen to me.

Getting through an illness that lasts a few days or a week is not the same as something that completely consumes your life for months or years on end. When it comes to a chronic illness the toll is not only physical, it’s emotional. We are always taught to just “get through things” but what if it’s literally not possible? How do you still find joy?

Make sure you have someone by your side who loves you even when you are not you. Who is by your side through all things. As a support, an advocate and a shoulder to cry on. I would not be as far along in my endometriosis treatment if it was not for the incessant nagging of my husband to go see the doctor about everything I was dealing with. I can’t imagine where I would be right now health-wise, but I promise you that it would be worse.

To my husband—thank you. For never leaving my side. For being understanding. For being strong when I am not. For not making me feel guilty about all of this. For being the most amazing dad and taking on so much burden. I love you more than words can say.

This post originally appeared on Living the High Life. It has been reprinted with permission.[/vc_column_text][/vc_column][/vc_row] 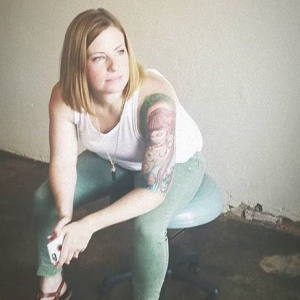 Katrina High is a working mom of a sassy preschooler, recipe corner cutter and craft beer drinking yogi. She keeps it a little too real and has a tendency to try to balance too much. You can find her on Living the High Life or on Facebook.
PrevPreviousLetter to My Daughter on her First Day of High School
Next4 Parent-Teacher Conference Mistakes to AvoidNext