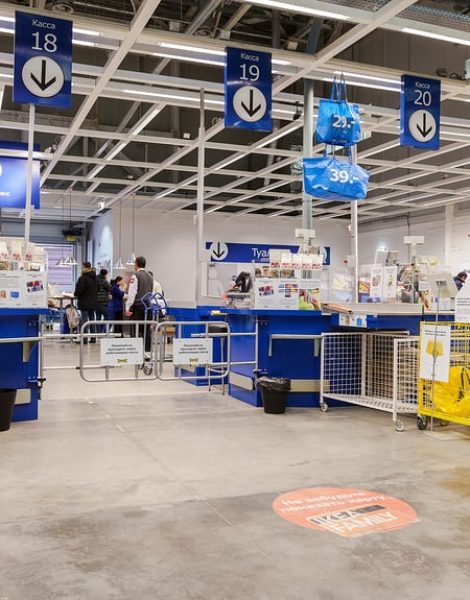 You saw me with my daughter in the double stroller and my rambunctious son who was standing on the trolley being attended by my husband. My boy was playing with a $2 fake flower, and I repeatedly asked him to stop bending it. I was clearly frustrated, but too wrung out to deal with the fit that would surely happen if I forced him into a stroller.

Finally I said something like, “Come on buddy, please stop that.” He looked me in the eye and said “No, Mommy, I will not stop bending it.” Keeping an even tone I replied “Then I will not only take the flower, but I’ll also spank your bottom for being deliberately defiant.”

I realized as I said it that you were watching and looked over to you. I couldn’t read your expression, and avoiding confrontation I looked down before you had a chance to fully react.

Having been relieved of the flower, my boy was shifting the trolley back and forth and tumbled off onto the concrete and I watched you almost reach out as he sprang back up like the Tigger he is.

Still trying to avoid the throws of a fit, I was telling my son that he was going to get strapped into the stroller if he couldn’t settle. But by that hour he couldn’t help but be an impatient kiddo, and finally, struggling and whining, strapped in he was.

That’s when you spoke up.

“Good parenting,” you said. I looked up and saw your face was a kind smile. You went on to say you were a school teacher and you knew how hard it was to wrangle little people. You chuckled that sometimes when kids get to school and are wild you wonder “what the heck their parents have been doing.” You repeated that you knew it was hard, but when parents are working on setting limits it makes a big difference when they got to school.

I think I said something like “well, we try…”

And then you said the words we all need to hear: “Well, you’re doing a good job”.

I know I smiled. And then my attention was drawn back to my daughter’s call for Foxy, and my son not knowing if he wanted a blanky or a stuffy…

You couldn’t know that I worry often about my son being thrown out of school for being a feral brat.

You couldn’t know how I had started feeling feverish while we were in the store, or that by that point I had a splitting headache.

You couldn’t know your kindliness was a salve in a moment when I felt like curling up in the stroller and crying.

I made sure to thank you as we left. You were surprised by that. I imagine the moment had passed for you.

But I will onto it, because I can recall your words to help me in moments of chaos.

So to the teacher I met at the Brooklyn IKEA—thank you.

Serendipity Indigo is the self-proclaimed Queen of Silver Linings. She frequently writes about the struggle to find the bright side on her blog Mother of Serendipity. Although raised a military brat, she's called New York City home for the last 16 years. Now a wife & stay at home mother to her two young Rebels she can be found ranting, raving, looking for unexpected treasures, and committing random acts of photography. Most of this randomness is shared on her Facebook, Twitter, Instagram, Pinterest, and whatever other social medias the kids are into these days.
All Posts
PrevPreviousHow Do You Survive Teen Parenting?
NextBack to School with Type 1 DiabetesNext