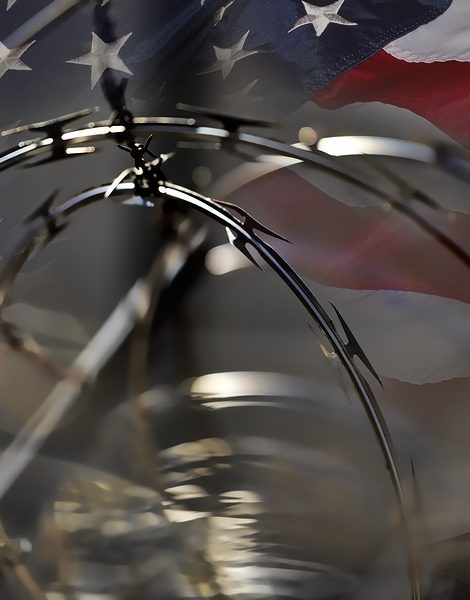 I was Seven and I’m Still Traumatized

I was seven when it happened; roughly the same age as my kids are now. The same age as so many of the immigrant children who are currently housed in detention facilities all along the southern border of the United States.

My older brother and I had gone to stay for the weekend with a couple who were friends of our parents. They didn’t have kids, but as they lived in Washington DC, the main event of the weekend was to take us to the National Zoo to see the panda bears.

After we oohed and ahhed at all the animals, we stopped to get ice cream from a street vendor.

I stood there, in my favorite sundress and white sandals, struggling to open my Nutty Buddy ice cream cone. I looked up to ask my brother or one of the adults to help me, only to find I was standing alone.

I looked up and down the block, turning in a circle to see which direction they were walking so I could run to catch up. I turned again and again. They were gone.

Now, I was seven, after all, and had a good head on my shoulders. So I turned back to the vendor and asked him if he had seen my family. Surely he had watched them walk away and could point me toward them. Nope.

This was the moment of clarity: I started to get scared. As any scared seven-year-old would, I ran. I ran all the way down the block as fast as I could, clutching my ice cream cone and hollering my brother’s name. I reached the corner and stopped. I wasn’t supposed to cross the street alone. I didn’t know where to go, anyway.

As my stomach began to knot, I ran back the other way. By the time I got back to that corner, my mouth was dry. My lungs felt like they were on fire, which made sense because hot tears had started to run down my cheeks just as the sweat ran down my back.

How long had it been? Where were they? How did they not know I was missing? Lost. I was lost.

By this point I was choking back tears as I paced back and forth on the sidewalk, trying to work out a plan. I was terrified to talk to anyone. They could help me, but they could maybe hurt me if they knew I was alone. I didn’t dare keep calling out my brother’s name for the same reason. Minutes passed like hours as I worked my way up and down the sidewalk, scanning as far as my eyes could see in every direction.

My still unopened ice cream was melting in my fist, dripping down my arm, when the car pulled up. The window rolled down and the passenger called out to me. She said she was park police. I shouted, “No!” and turned on my heel and ran.

She caught up to me and quickly I was hysterical. Not only was I terrified of this stranger, but she was also telling me I needed to get into the back seat of the car so they could help me find my brother. I didn’t want to go. My only hope of him finding me was to stay where I had been!

I couldn’t tell you how long it took her to convince me. I know I eventually justified going with her because she was wearing a police-type uniform, and as a military brat, I decided that meant I could trust her. I wouldn’t give her my ice cream, though.

I got into the backseat, clutching that cone like it was the only thing holding me to sanity.

I watched as trails of white cream ran down my arm, dripping off my elbow onto the black leather and trickling down the seat toward my skirt.

When I saw him, it was out of the corner of my eye and through the tiny triangle window behind the back door. My eleven-year-old savior, my brother, was crossing the street! I sprang up onto my knees, pounding on the back window and crying for the officers to let me out, let me out!

And of course, they did. And all was well. But that is, of course, beside the point.

Next week I will turn 44. The fact that I can still recall these few minutes of my life that occurred nearly 4 decades ago is telling, to say the least. Honestly, I don’t just remember. Recounting the story, I feel the panic all over again.

As childhood trauma goes, it wasn’t really a big deal. Yet the incident affected me so much, I didn’t go to the zoo for over 20 years after. Not just that zoo — any zoo.

So last night when I heard a 6-year-old girl crying, desperate to call her aunt to come and pick her up so she doesn’t have stay in a detention center, I instantly began to imagine the memories she will carry with her forever.

The zero-tolerance immigration policy of the United States is purposefully inflicting trauma on children. This is not hyperbole from a once-lost child. This particular type of trauma is defined by the Harvard University Center on the Developing Child as toxic stress — “intense, repetitive or prolonged adversity without an adult’s intervention — a situation that’s usually seen when a child is placed in an orphanage, survives a natural disaster or lives in poverty, a war zone or a refugee camp.” Effects of toxic stress are not only seen in the short term but can also cause long-term psychological damage.

Which is precisely why there has been an overwhelming outcry from nearly everyone, including 4 living Former First Ladies of the US, the Chairman of the UN Human Rights Council, and politicians of both parties in Congress and in statehouses across the nation, all weighing in with their condemnations of this immigration policy as not only un-American but also inhumane.

No amount of food, toys, air conditioning, education, or promises about how it will all work out eventually will pluck the panic from these children who are separated from their parents, their siblings, their extended family, and everything they understand. These children are not in summer camp, even if they are all moved out of cages in box stores to tent cities in the deserts of Texas.

These children are victims of needless trauma. Trauma that could last a lifetime.

Serendipity Indigo is the self-proclaimed Queen of Silver Linings. She frequently writes about the struggle to find the bright side on her blog Mother of Serendipity. Although raised a military brat, she's called New York City home for the last 16 years. Now a wife & stay at home mother to her two young Rebels she can be found ranting, raving, looking for unexpected treasures, and committing random acts of photography. Most of this randomness is shared on her Facebook, Twitter, Instagram, Pinterest, and whatever other social medias the kids are into these days.
All Posts
PrevPrevious7 Ways to Keep Your Kids Cool in the Summer
NextYour Summer Mobile Office Must HavesNext