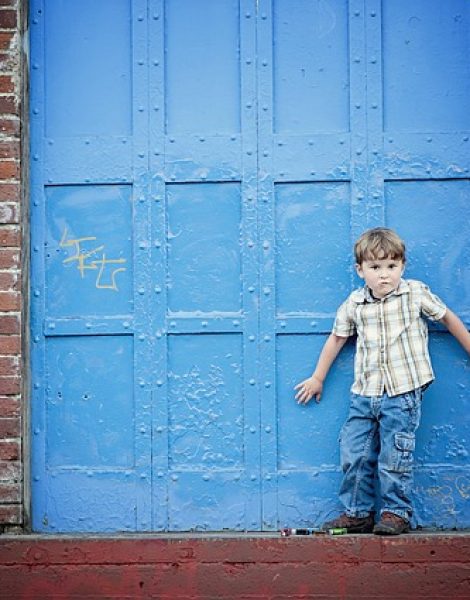 Raising kids is not for the weak. It’s also not for the overly tidy or the people who prefer “quiet voices” or anyone that can’t take a step back and just let it go. There are days I am on top of my mom game and feel like I have my shit 100% together and packaged up in a box with a pretty little bow. And then other days where I look around the house and wonder how the hell I’m going to make it to bedtime without at least one major psychotic episode.

I used to be a mom who kept a very clean house. I would go to homes of mom friends with older kids and wonder WHY they allowed their home to turn into such a tornado shit storm of shoes and coats, toys and stuffed animals. How could they live with dishes in the sink and dirty plates from breakfast still sitting on the table when they were trying to prepare lunch? This was completely unacceptable to me and I judged. I judged HARD.

So, first, let me just drop one all-encompassing and very genuine APOLOGY to all of those moms who had zero idea that they were being mentally scolded by me.

Let’s talk about after kid two and then kid three came…when I pretty much gave up trying to keep the house clean. Because making sure everything had a home was going to send me to a “home.” One with white jackets and no shoelaces.

Here are just some of the many reasons why I have to just let that shit go sometimes in order to keep my sanity intact:

When I am exhausted, I let my kids get themselves breakfast. Why not? They need to learn to be independent and I need to SLEEP. I let them eat sugary cereal or PopTarts quite often. My need to sleep an extra thirty minutes is more important than getting up and preparing them a healthy breakfast they are just going to refuse to eat anyway. I let them pick their meal, and I hit the snooze. If it means I might have to clean up a milk spill later on that morning, well then, so be it. It doesn’t really matter if I prepare their breakfast or not, someone is bound to spill something all over my freshly cleaned kitchen, so what’s the difference?

Toys are meant to be played with! When my kids dump all of their toys out on the floor, I let them have at it for at least a couple hours before I allow my OCD to kick in. And hey, if they are playing with THEIR toys, they are far less likely to start digging into MY belongings. I’d much rather have piles of toys to toss back into bins than be scrubbing sharpie off of my walls or scraping my expensive eye serum out of Barbie’s hair because my kids couldn’t find anything else to do.

Screen time = me time. Let’s be real. If I put a limit to how much time my kids spent in front of a screen of some sort, we would ALL be going batshit crazy. Especially after the number of snow days and school holidays they’ve had off this winter. When things start getting dicey in my house, I just throw a few Go-Gurts and iPads at my kids and hope it keeps them entertained long enough for me to load the dishwasher and take a shower.

Sometimes I just need to let it go. Whether it be a skipped bath, breakfast-for-dinner night, or a pile of shoes by the front door that I have just let slowly grow—some things really don’t matter that much. It’s far more important that my kids have a mom that isn’t a complete psychopath the majority of the day and have some decent memories to look back on one day. They will FOR SURE remember that time I let them pull out the Playdoh and go to town building and sculpting in the living room all over an old comforter while Paw Patrol blared in the background. But they will NOT remember the pile of laundry that was sitting on the couch right next to them because I was far too lazy and much to emotionally exhausted to fold.

If I’ve learned anything in my time as a mom it is that sometimes I just have to LET. SHIT. GO. I find my kids doing something outrageous or creating some catastrophic mess and, like many other things in life, I have learned to pick my battles. I can’t be a good mom if I’m constantly panicking about the state of my house. And that’s not good for anyone. 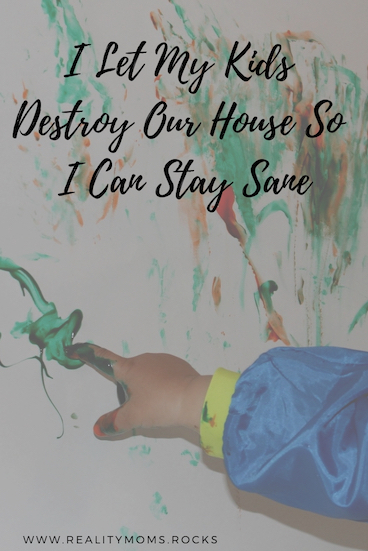 Nicole is a divorced mom of three, Realtor, and an expert procrastinator. She enjoys long walks to the kitchen where she tries to remember what the hell she came in there for in the first place. In her abundant free time she likes to share about parenting, divorce, single motherhood, and her experiences raising a young transgender child on her site, MomTransparenting. Follow her on Facebook, Twitter and Instagram
All Posts
PrevPreviousHaving A Sense of Humor is Essential When You Are A Parent
NextMy Baby is Ready for Kindergarten…but I’m NotNext