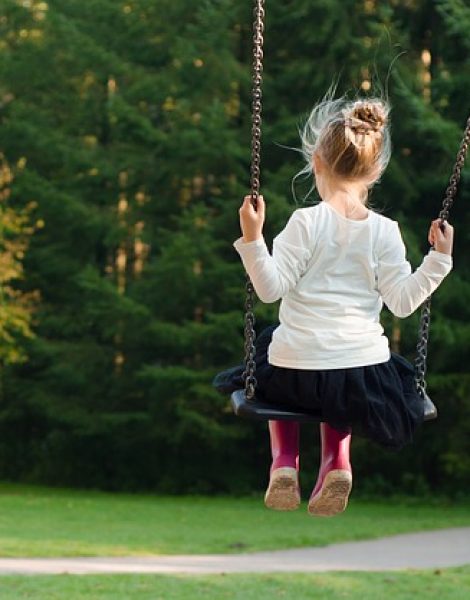 How I Explained Addiction to My Kids

When I found out I was pregnant with my first child a million possibilities ran through my head. I considered what names to choose, researched the safest car seats, cribs and strollers. I scoured the internet for infant must-haves and tried to learn everything I could about being a mom.

As I watched my babies grow, my parenting style changed and the important topics evolved. But despite diligent planning, there were some things I wasn’t prepared for. Having to explain their father’s struggles with addiction was one of those things.

When my children were only five, three, and one, I divorced their dad. We had many bedtime discussions about what our family would look like, but soon enough, my children started to see other changes. Their time spent with their dad became less and less. It became obvious that this his addiction something I couldn’t avoid discussing. My kids deserved an explanation as to why their world was flipped upside down. And I had to decide what was appropriate to tell them, and what wasn’t.

I never wanted to lie to my kids, but it was hard to find the words without causing more confusion, anxiety or fear. How do you explain something so complex and serious to your children when all you want is to see them happy? I didn’t want to be the one to chip away at their innocence, but I also didn’t want to keep them in the dark.

So I did some reading. It turns out honesty about an addicted parent is not only recommended by professionals, it’s encouraged.

According to the experts at Addiction.com, using circumstances your children can connect to is key. If your children are ten or under, focus on simple, relatable experiences and build on those.

One of the first things I made sure my kids understood was that addiction is an illness. I compared it to the flu, because that was something they understood. You can’t control when you feel sick, only work hard to feel better.

I reminded the oldest of my three children of a time he asked me for candy, and I said no. He decided to take the candy and eat it anyway, despite knowing that there was a chance he would get in trouble. But he wanted it so bad he was willing to take that risk. I explained addiction as a similar feeling. The overwhelming desire for something despite the consequences that will inevitably follow. This is something he could empathize with.

I made sure my kids were persistently reminded that despite what they might see, hear or feel that their dad loved them more than anything. It’s hard when you are sick to be able to show people that you love them, but the love you have for them never fades.

It was important to me to use this as a learning experience for my kids.

Knowing they were genetically predisposed to mental illness and addiction, I wanted them to see that consequences can be severe. When my ex-husband ended up in jail, I used it as an opportunity to teach them that if you break the rules, there are repercussions.

The hardest question they asked was whether their dad may die. At the time, it was a real possibility. The scariest part about addiction is that each day could be the last. And I told them just that. When people get sick, sometimes they don’t ever get better. But we could send good thoughts, pray, and hope that their dad would be lucky enough to get better and healthy before his sickness took over.

Children are astute. They absorb everything around them. Even when you don’t think they are paying attention, they are. They internalize their emotions and fears. My biggest concern was that my children would think that any or every part of this their fault. I wanted the kids to understand that there is nothing they could have done or could do now to change it.

The National Association for Children of Addiction developed the “Seven C’s” to encourage children to process their emotions when struggling with a parent’s addiction.  So I used these as a guideline for my kids.

I didn’t cause it.

I can’t control it.

I can’t cure it, but

I can help take care of myself by

Having these hard conversations with my children was not easy. But the honest and open approach allowed us to speak freely. My kids didn’t hold back their fears. As a family, we aren’t scared to have tough discussions. We use each problem as an opportunity to share, grow and learn to love each other just a little more. To hold each other a little closer and keep each other a little safer. Because those are the things we CAN control.

There are some elements of their dad’s struggles I will never tell my kids because no matter what, he is still their dad.

I hope they will always consider him to be a part of them. I don’t want them to ever feel like the half of them that came from him is bad or wrong. I remind them of the good parts of their dad when he was a part of our family. How fun he always was. That he had a great taste in music. He was a hard worker. And how hard he did and still does love them even if he isn’t capable of showing them that in the moment. I want them to know that they can choose to see the good in their dad despite all the hard times. I want them to focus on the good things they’ve inherited from him. Not the bad ones. 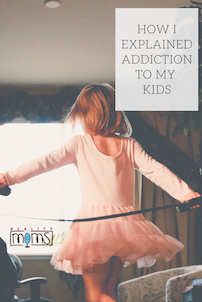 Nicole is a divorced mom of three, Realtor, and an expert procrastinator. She enjoys long walks to the kitchen where she tries to remember what the hell she came in there for in the first place. In her abundant free time she likes to share about parenting, divorce, single motherhood, and her experiences raising a young transgender child on her site, MomTransparenting. Follow her on Facebook, Twitter and Instagram
All Posts
PrevPreviousRecognizing the Beauty of ADHD is Harder Than You Think
NextTop 10 Tips for Making the Most of Your Visit to the ZooNext