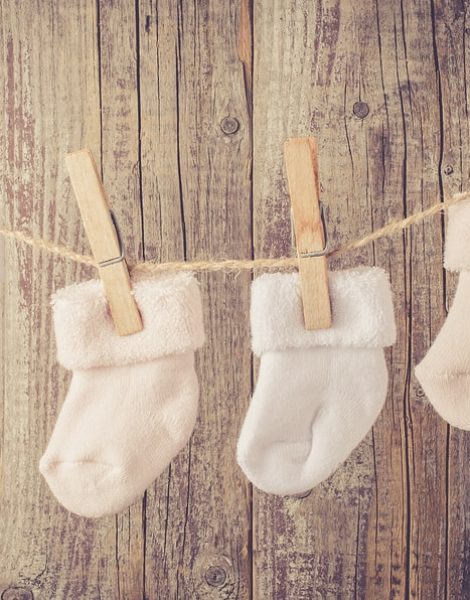 On Growing Into My Motherhood

At 24, home meant a rundown farm house that was a bit off the grid in the Maryland countryside. My partner and I had been together only a few months and hastily moved there when I discovered I was pregnant. The house belonged to my grandfather, a wealthy lawyer with a taste for liquor which I’d undoubtedly inherited. He was now living in a nursing home, suffering end-stage dementia.

Though its carpet smelled like mildew and the spiders were as big as my fist, that house was our saving grace. He never knew it, because he hardly knew me anymore, but I often silently thanked my Granddad for lending it to us, as he was finding his way out of the world and his great-granddaughter was finding her way in.

The house was a symbol

To me, the house felt like a symbol that everything might turn out all right, that there might be a way for two childish adults to somehow make a family. It was at least one answer amid pages of questions about the fate of our lives. But between those walls held a beginning to an unknown future. And for a while, it was our little corner of the world, both peaceful and promising.

My water broke one night on the dark green carpet of our bedroom. Not knowing we would’ve been better off to wait, we rushed to the hospital where I was to give birth. Immediately, I was forced into bed where I labored on my back as long as I could stand it. As I writhed in agony, as my body begged me to move, to let my baby come down, terms like “hospital policy” and “standard procedure” were tossed around the room like the holy grail of birthing. Several hours later, I relented, asked for the drugs, and everything went numb.

Early the next morning, as my baby was starting to emerge on her own, a nameless faceless doctor sliced me from underneath. It was as if he’d never seen a woman’s body open before and with hands that fast, so fast she couldn’t protest, perhaps he hadn’t. It would be months before I could sit without my eyes watering, and years before I’d think about his masked face without clenching my fists.

I wasn’t overjoyed or weeping from happiness like I had seen in movies. If anything, I felt relieved. I had overcome a difficult pregnancy filled with persistent, attention-demanding nausea. Though my birth was not what I’d pictured, I told myself that it didn’t matter. The hard part was over, I thought. My body was my own again, just a little bruised up.

I stayed in the hospital like I was supposed to for two more days, staring at my daughter’s face. It was lovely, “like a baby doll,” the nurse said. And she was right. My baby was so tiny and angelic and yet somehow looked like someone I already knew and had known all my life.

When it was time to go home, we struggled with car seat—a parental right of passage—cleaned out our room, signed the papers and left. We returned to our house on the farm and after a few more days, my husband was back at work, commuting two or more hours, leaving me and my newborn to our own devices. While I was still sitting on ice packs, the hardest work of my life was about to begin.

It was too cold and icy

It was the middle of winter and we were often snowed in or it was too cold and icy to walk the farm roads. When we did bundle up and get out, there were no neighbors to be seen and chat to, no other moms pushing strollers and falling apart in secret. Just haystacks and cows. And in a lot of ways, I was glad there was no one there to see me crumbling. Quickly, the days grew longer and longer and I began to grieve what I had lost.

It was freedom I’d loved and freedom I’d come to miss with every fiber of my being. My past life lacked responsibility and now my plate was full. The demands of feeding my baby, soothing her persistent cries and figuring out what the hell I was supposed to be doing to pass the time weighed so heavily on me I thought I might drown in both boredom and obligation. This force of motherhood was bigger than me. Soon it had been months since I’d slept more than a few hours a night, and even at the rare opportunity to do so, my heart still beat fast and my mind raced faster.

Anxiety was slowly starting to envelop my existence. As childless friends hinted they were jealous of my leisurely days at home, I was struggling with the enormity of what was in front of me. I wondered if I’d ever see those friends again or if there was too much we no longer knew about each other. As I muddled through, I begged the universe to relent.

I’d imagined getting back to myself

For the last nine months, I’d imagined getting back to myself and now I didn’t know who that person was or where to find her. In truth, “my life” wasn’t much of one to begin with. I’d spent the majority of the last 10 years in an alcohol-induced haze without much of a purpose. There was no real life to return to, simply one to make from scratch and I didn’t even know how to light the burner.

I struggled to breathe in and out. I got used to the enormous weight that sat on my chest at all times, reminding me I was still there. In the nights, I fought with my baby’s father for not understanding me anymore. I numbed myself with wine and when that wasn’t enough, Xanax.

This was my darkest winter, but spring did come. My baby’s newborn cries were melting away with the last of the snow. At the end of March, I turned 25. I had a beautiful daughter and a partner who, despite the undeniable identity crisis that motherhood had dealt me, would soon propose. The warm weather felt like the start of something new and it reminded me that the world had not gone cold. Slowly, I started to move my body again, walking and doing yoga. I became determined to breathe and find a way to experience this gift that life had given me.

I hadn’t written since my high school days of melodramatic teenage poetry, but I began trying to find the words to write about being someone’s mother. Though it would be a while before I had any real friends who shared my experience, I found a lifeline to other parents this way. I was starting to make sense of my evolution and as I continued to shed my skin, to embrace being the parent, instead of the child, I started to feel a little less alone.

In embracing motherhood, I started to feel a little less alone

Soon, words poured out of me like the water from a pipe that broke under our house that year. Though the metal pipe was rock hard, set in its ways, roots from a tree in our yard pierced straight through it. Nature broke through its man-made toughness so that it could keep growing regardless of whatever stood in its path. And when it did, the water that had been stagnant and trapped underground, oozed out, first brown and red with sediment until finally, it ran clear. Plumbers came and laid a new pipe out of the way and the tree could grow again with new, hard-won freedom.

As the deep sediments of my soul shifted and settled, I saw more clearly through the eyes of a mother. Motherhood was nothing like I had imagined but it had uncovered layer upon layer of humanity that had been buried deep, like that rusty old pipe under the dirt. The only way to embrace it all, to get past the pain of growing was to push through and keep pushing. And when I looked in the eyes of the one who made me a mother, I realized I had everything I needed to shatter it all.

A version of the post was originally published as part of a series on perinatal mood disorders on Postpartum Progress and reprinted on HuffPost. It has been reprinted with permission.

This #RealityMom or #RealityDad has graciously agreed to share her word baby with our site and we are eternally grateful.
All Posts
PrevPreviousI Can’t Wait to Be Friends with My Kids
NextWhat To Do When The Summer Blahs HitNext