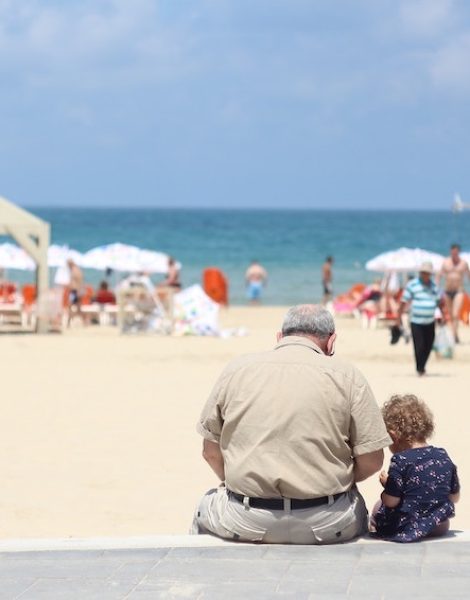 Grandpa in Heaven: The Greatest Man They Never Knew

My step-dad passed away when I was in my early 30’s, long before I married or had children. He met my husband once before we even started dating and I’m thankful for even that small interaction. I always knew the day would come when my boys would ask about my parents, but it’s hard to prepare for the questions that will come from their tiny mouths.

My older son is now four and a half and asks about the world at large from the moment he wakes until he rests. Literally, it’s a barrage of chit chat and questions for hours on end. The things he wonders about amaze me! As his mind becomes aware of more than just his immediate world, he asks about those he doesn’t see.

Just today, he was asking about his Grandpa. It’s a hard topic. Explaining who he was, I mean.

He’s more than just “Grandpa who lives in heaven.”

He was a man who was virtually done raising children when we came along and loved us anyway. He worked hard and built buildings—skyscrapers! A job that I almost found embarrassing because of its blue-collar nature when I was young, and I now realize is the most beautiful of legacies. A man who preferred frozen dinners to fancy and couldn’t hear worth a darn. Who loved a simple life and his family deeply.

When he asks, I simply tell him that Grandpa was a special man and father. We look at photos of the buildings he built, and I wish that Grandpa was here to see his wide-eyed admiration. I share the pieces of him little by little, grateful that while he never knew his Grandpa during his time on earth, he has the belief to see him healthy and happy living in Heaven.

While sometimes these chats are painful—I miss him terribly myself, I find they help me too. It’s an incredible journey to share with my own child as we get to remember Grandpa together and envision him and Grandma, healthy, happy, living somewhere beyond the here and now.

It helps to ease the memories of his last days on Earth and know that he is still looking down upon us.

I take the memories of the father that he was to me and work to be the same kind of loving mom. Family isn’t always who you are born with—sometimes it’s more about the people you’re lucky enough to pick up along the way. 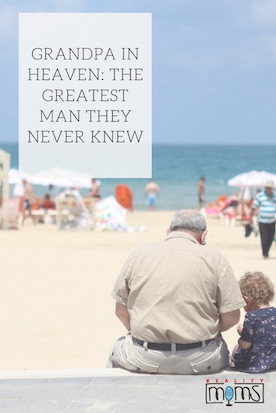 This post originally appeared on i dream of naptime. It has been reprinted with permission.

Jessica Tyler is wife to Jeff and mom to two boys, Will and Ben. She is a non-profit professional by day and an expert in cleaning marker off upholstery by night. She lives in Colorado with her boys and her cat Gracie, who adds another female to the mix. You can find her on her blog,I Dream of Naptime.
PrevPreviousLetting Our Children Grow By Letting Them Fail
Next5 Tips for the Senior Mom from a Mom Who’s Been ThereNext