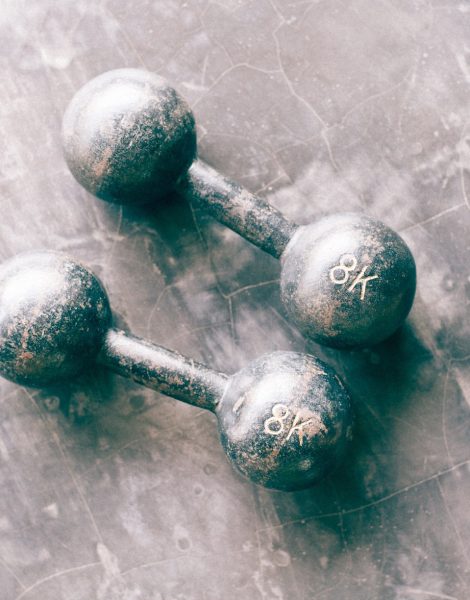 Committing to Myself: I’m Going To Lose Weight

I want to share a “secret.” From my profile picture, it’s hard to tell but I’m obese. (It’s all about angles.) I’m fat. I hate it and sometimes I hate my body.

But I’m done feeling this way. Sure, I wish I had a fairy godmother who could wave her wand and make me as thin as I was in high school (when I thought I was fat—I wasn’t.) However, no matter how much I wish, I know that will never happen. Damn it.

So what do I do? I’m 47 and in the beginning stages of perimenopause. I can gain a pound just looking at a slice of cake.

I recently came to the realization that I’m a stress eater. I’m a mom of THREE little girls (ages 4, 6, & 8…phew). Talk about stress. My life is all about stress. With those things working against me (plus a couple other things), I’m frustrated. I don’t want to be this person. Carrying this weight depresses me and makes me question how I can possibly be attractive to my husband. Heck, I avoid mirrors now.

This feeling NEEDS TO STOP. Now I’m doing something about it. In the last couple of years, I’ve gone to the gym but accomplished little. But in recent months I’ve been talking to trainers, my doctor, and others who have lost weight the healthy way.

Let me tell you, I don’t believe in fad diets. I’m not going to drop gluten or all sugar just because I can drop weight fast (if I had a medical condition I would but I don’t). Nope. I’m doing it the hard way. For me, it’s not about just losing weight. It’s about a lifestyle change, something I can maintain for life.

In the last several weeks, I upped my game at the gym. My first goal was to make it 3 times a week doing weights, and then cardio. Now working out at least four times a week with a goal of five, with three of those workouts including weights and cardio and the others only cardio.

I’m not working out that often because I feel like I have to, but because I WANT to go as often as I can.

More recently I started counting calories using an app. Counting calories motivates me more than ever to workout. Why? The more I burn, the more I can eat and stay where I need to be to lose weight. What can I say, I love food.

Because this goal of losing at least eighty pounds is important to me. I know it won’t be easy and sometimes it will suck. I also think it’s important to celebrate even our small wins. For the other day I weighed in and realized I’m down 11 pounds. You can’t see it yet, but who cares. I know it’s gone. So now I only have 69 pounds to lose. I consider that a win and a goal I can reach.

Denise Geelhart spends most of her time raising her three little girls as she tries to survive perimenopause. To keep her sanity, she escapes to movies, the gym, and writing. Due to her children and an affinity for never doing things the easy way, Denise is sarcastic, mysterious, and addicted to real Coke. You can find her at denisegeelhart.com, Facebook,or Twitter.

This #RealityMom or #RealityDad has graciously agreed to share her word baby with our site and we are eternally grateful.
PrevPreviousAre Childless Aunties Getting a Bad Rap?
NextGetting First Day Ready for Back to SchoolNext