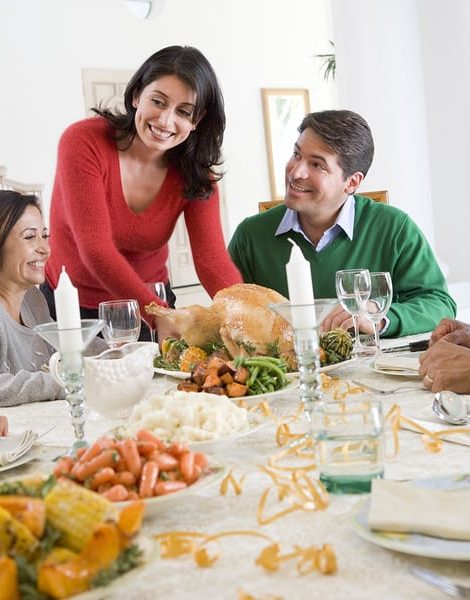 Sitting around the table after a family dinner, letting the food settle before dessert, was prime storytelling time in my family. At my aunt’s house in New Jersey, we’d cram as many chairs as we could around the table. Instead of focusing on the vastly different places family members ended up, we looked to the past. Even outside of holidays, my family often shared stories, of struggles and triumphs, of funny incidents and serious ones.

As an adult, I now see that these stories influenced my values so much more than any amount of lecturing would have. In fact, children who hear family stories about both good and bad times have more resilience in the face of difficult circumstances than those who don’t. Here are a few of my family’s stories and the values they passed on to me.

The value of adventure

My mom’s grandfather was an explorer at heart. Although he died before I was born, I grew up hearing about his exploits. When he was only 13 years old, he came over by himself from what was then Czechoslovakia. After only a year, he struck out on his own.

At 18, he and three of his friends set their sights on biking around the world, a bit of a craze in those days. To raise money for the trip, they sold postcards with photos of them and their bikes. Unfortunately, they didn’t reach their goal. One friend never left New Jersey because his mom locked his bike in the garage. My great-grandfather got terribly sick in Ohio. But the last two friends did get to California and then literally joined the circus.

With a story like that in my heritage, it was no wonder I had the confidence to sign up for the Climate Ride. After all, that was only 300 miles on modern roads, not thousands of miles on miserable ones.

The value of hope

Unfortunately, U.S. immigration wouldn’t let in any children under the age of three. My great-grandmother had to wait three excruciating years before returning to her husband. She came back with her little girl, suffering through a long boat trip and passing through Ellis Island. All with the risk of being sent back to a country they had already left twice.

When I heard this story as a child, my family skimmed over the hardship. No, they focused on my grandmother and her child’s view of this new land. She literally didn’t remember what had come before – her first memory was of the Statue of Liberty and the first time she met her father. “He was the most handsome man I had ever seen,” she would say. Knowing that despite everything, my grandmother thrived gives me hope when things are particularly rough.

In addition, this story helps me sympathize so much with modern-day refugees and immigrants who just want the best for their families.

The value of letting kids be kids

In fourth grade, we had to do a “family stories” project. I had written about my dad’s mom before, so I looked to my mom’s mom instead. My “book” was a conglomeration of random tales about her titled the (Mis)Adventures of Nan. Nan was quite the spirited child. She tried to jump off the roof of their house using an umbrella – far before Mary Poppins did it in the movies. She stole ribbons off of graves to wear in her hair. She demonstrated ridiculous naivety as a young woman.

While it was clear that some of the specific activities were unacceptable, the general spirit of being a kid was always embraced. I also never heard that she shouldn’t have done those things because she was a girl. Thinking back to the free-form, light-hearted childhoods of my relatives both inspired my own wandering as a child and my free-range parenting tendencies.

The value of hard work and adaptability

My grandfather – my mom’s dad – was part of the “gig economy” before it had a name. He always worked multiple jobs so that he could support a middle-class lifestyle for his family. One of his numerous ventures was opening a catering business with a good friend, even though they had little to no cooking experience. Any time someone asked if they could make a specific dish – like beef bourguignon – they enthusiastically replied, “That’s our specialty!” They then scrambled to learn how to cook it that very night.

Drawing from their actual specialties of hard work and a willingness to learn, I’ve inherited a hard-core work ethic and commitment to taking on big challenges.

The value of good friends and having a sense of humor

When my mom was young, her family lived in a townhouse that shared a basement door with the house next door. Fortunately, that house belonged to her parents’ best friends. Most of the time, it was an ideal arrangement.

That is, until one Halloween when masked robbers burst through the basement door, dashed up the stairs, snatched the bowl of Halloween candy out of my grandmother’s hands, and ran out the front door! My grandfather, groggy from working the night shift, jumped out of bed and chased them down the street in his underwear. He almost tackled them to the asphalt when he heard, “Lloyd, Lloyd, it’s us!” It was his best friends, of course. Who else would have used that door? In the end, they all had a good laugh, sitcom-style. (At least, that’s how I imagine it.) What else are friends for, if not to have wacky adventures with?

And then there’s my stories I’ll pass on to my children – getting stuck on a glacier in Alaska, missing the bus and hitchhiking in Ireland, interviewing Bill Nye. I hope that I can tell them in a way that demonstrates how I value kindness, a love of learning, and adventure without being preachy. Because that’s the real magic of storytelling – the fact that stories express so much more than their mere words.

This post originally appeared on We’ll Eat You Up We Love You So. It has been reprinted with permission.

Shannon Brescher Shea is the mom of a family of four trying to learn how to be kinder, more sustainable, and more adventurous. At We’ll Eat You Up, We Love You So, she explores parenthood, growing up, and this big beautiful world. She’s also written for the Huffington Post, The Good Mother Project, the Children and Nature Network, Rants from Mommyland, Greater Greater Washington, Simplicity Parenting, the New York State Conservationist, and Adirondack Sports and Fitness. In her day job, she’s a science communicator in the federal government.

This #RealityMom or #RealityDad has graciously agreed to share her word baby with our site and we are eternally grateful.
PrevPreviousJudge Berates Stay At Home Mom During Jury Selection
NextMy Version of a Christmas MiracleNext