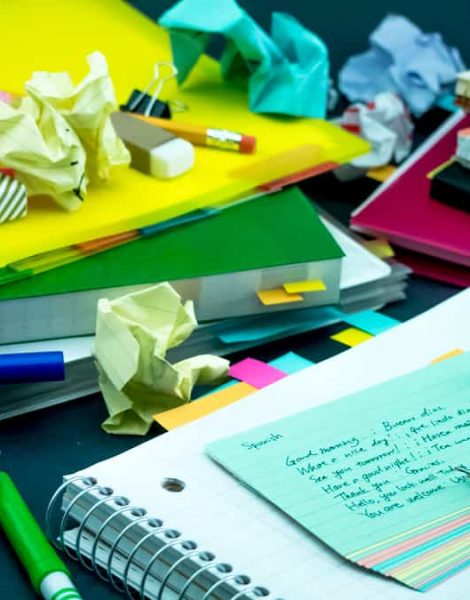 How I Failed to Raise a Bilingual Child

“We are going to get off the ship and explore old town San Juan,” I explained to my four-year-old daughter who was twirling her blonde pigtails as we sat on the cruise ship deck, waiting for the boat to maneuver into its spot at the pier. “Everyone here speaks Spanish, and you can, too!”

“No thank you. I don’t want to speak Spanish,” she said.

“Thank you for being polite, but our plan is to get off the ship and explore. You’re doing great with your Spanish. Don’t you want to use it?”

“I am getting off this boat, and you have to come with me,” I said, trying hard to sound calm.

“I’m not getting off this barco,” she leveled at me.

My dad, a former high school Spanish teacher, appeared at some point during the debate. “I’ll stay with her,” he offered. My daughter’s face lit up with the joy of a triumphant preschooler who has just bested a parent, and off to the ice cream machine they went.

I followed after them, sputtering protests and wishing for a cloud to come by so I could get a respite from the pounding sun. I thought it was making me feel flushed, but that was likely due more to my aggravation. I was outnumbered.

The trip was supposed to help her Spanish

I had been thrilled at the prospect of the trip not only because were we going to explore a new location, but because it seemed like the perfect place for my daughter to speak Spanish.

I sighed, noted that parenting was no simpler in paradise, and ventured into San Juan without them. I made my way to the Barrachina (the restaurant where the piña colada was invented) and raised a frosty glass to my epic failure.

I desperately wanted my child to be bilingual. The benefits are numerous, and I thought that starting at early age would be easy for her and help her be a citizen of the world. In my mind, she would take to it like a plato to water.

It quickly became obvious that the ideal scenario in my head would be far different from the reality.

Not only was my girl not bilingual, but she was avoiding learning about other lands and cultures. It was the exact opposite of everything I had hoped for and worked to achieve. I was horrified.

How had I gone so very wrong?

When she was toddler, we read books in Spanish, learned from Dora, and watched videos that had an en Español option. When she reached preschool, though, my efforts to raise a bilingual child began in earnest. Learning Spanish seemed so useful and important.

At the preschool fundraising gala, fueled by a few cocktails to ward off my feelings of insecurity, I perused the silent auction tables where I saw a package at Language Stars, a local for-profit school that teaches languages to children beginning at age three. My daughter was three, a clear sign that it was time to begin her world language education in earnest. With my high bid, my girl was off to Spanish class.

Spanish class was fabuloso. At least, that was my impression of the first class, the only one parents were allowed to attend. It was  The teachers were all native speakers. (I may have appreciated teacher Mariano from Buenos Aires for more than just his language ability.)

I was thrilled and certain that my girl would go skipping down the bilingual path, soaking up language effortlessly as she went. The school gave us a CD of songs in Spanish that we listened to in the car. We played bilingual computer games together. I tried to speak it often and to use it in and around Chicago where we lived. If there was a word we didn’t know, I broke out my Spanish-English dictionary from college.

In all my enthusiasm, I missed that my daughter was not enthusiastic and wasn’t speaking much Spanish.

“That’s normal,” I reassured myself, noting that websites said speaking often comes slowly, but she could be understanding more than I realized.

We continued on with the classes after the silent auction certificate expired. I blinked hard when I saw the bill each new session, but thought it a small price to pay to give my daughter the gift of a second language.

My daughter was never an enthusiastic student, but I was not about to give up on the goal of a bilingual child. I was certain her indifference would dissipate over time and, until then,  I would be enthusiastic enough for us both.

After the cruise, I hoisted the white flag of defeat. My daughter stopped attending Spanish class.

I harbored hope that maybe a break would make her realize how much she had enjoyed Spanish class. Perhaps the Spanish class in her kindergarten program that she started a few months later would finally light her language learning fire, or a new Spanish teacher at school would make all the difference, or the third-grade musical performance would be a turning point. None of those hopes were realized.

I checked in with her periodically, and she still had no love for Spanish. Nada.

Given the choice, she wants to learn French

Now, several years later, we live in a new school district. She had a break from language learning. As a seventh grade student, she had the choice to take either Spanish, French or an art class at school. She immediately declared with great excitement that she would be taking French.

I could not resist making an argument for Spanish, the vast number of countries in which it is spoken, its prevalence in our nation, the vibrant Spanish-speaking neighborhoods in our community. None of that swayed her.

My daughter was determined to take French. Several months in, she thinks French is très magnifique. She happily tells us all about her class and what she’s learning and she seeks out opportunities to use her new words.  For Halloween, she dressed as the Eiffel Tower. She does everything that I had hoped for with Spanish, and with the enthusiasm for language that I had, until now, only imagined.

I’m sure there are a variety of factors for that, from age and maturity on both our parts. She wants it, not me, and that is making all the difference. I still think that learning Spanish would prove very useful and is perhaps more practical than French. Another part of me, however, is pleased that she knows herself, what she wants, and what she does not want. I take comfort in knowing that she wasn’t swayed by “shoulds” and hope that she will continue to discover and pursue her passions, as she has with French.

I told her that perhaps we can travel to Québec, but only if she guarantees that she will disembark from the plane and head into the city without any prodding this time. Maybe I’ll have a bilingual child yet.

Shannan lives in the suburbs of Chicago with her husband and teen daughter. She's a recovery attorney who now blogs at BetweenUsParents.com, ChicagoNow, and as part of the Chicago Parent Blogger Network. Her writing has appeared on the Erma Bombeck Writers' Workshop, Scary Mommy, BonBon Break, Brain Child and In the Powder Room, and her essays have been included in two anthologies by The HerStories Project. She is also freelance writer for regional magazines. Shannan was in the 2013 cast of Listen to Your Mother, despite the fact that her daughter often fails to do so.
All Posts
PrevPrevious12 Most Exasperating Responses Teens Bestow on Their Parents
Next3 Steps to Rock a Simple(ish) Summer Birthday PartyNext