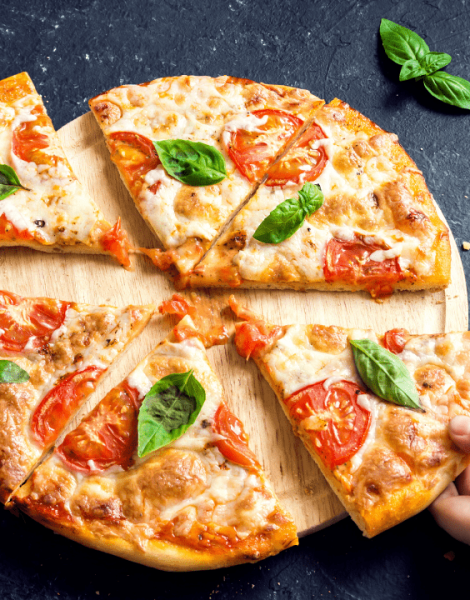 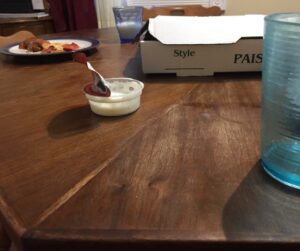 “But I want the cool sauce!” my older son whined. We had just moved the container of ranch dressing closer to his brother, so he could dip his chicken wing in it.

“Mine!” my younger son proclaimed.

“Then it should be in the middle!” my older son pointed out. To him, the solution favoring his brother was quite unjust.

While it didn’t disappear, the glare on my older son’s face softened. “Yeah.” That factor hadn’t occurred to him.

Getting up, my husband offered another solution. “Let’s move him closer so he can reach it better,” he suggested before adjusting my younger son’s chair.

Satisfied, both kids resumed dipping their wings. They even pushed the cup of ranch back and forth to each other. While this situation threatened to be a potential disaster, I was pleased that we could come to a reasonable conclusion.

What I didn’t realize until later was how this exchange could help them wrestle with issues much more complex than chicken wings. That’s because the whole argument centered around differing definitions of “fairness.”

At first, my older son only thought the solution would be fair if the sauce was equally far away from both of them–equality. But after I pointed out his brother’s inherent disadvantage, he realized that equality, in this case, wasn’t fair. Instead, we had to move towards equity, where both people have the same opportunity to get resources, regardless of where they started.

Moving the sauce itself and my son’s chair made it possible for them both to reach it without either of them needing to miss out.

As our kids get older, they’ll be facing big questions and issues about injustice. These conversations now about sharing the ranch dressing are setting them up for internalizing values and working through these issues. By talking them through the why behind the actions, they can see the bigger picture.

Now, these discussions don’t always sink in so rapidly. Later that evening, my older son grabbed a toy away from my younger son and then spent a good 10 minutes screaming that it wasn’t fair that he had to give it back. It seems there are limits on sibling empathy right before bedtime.

But I hope that despite the bumps, these conversations become part of their way of navigating the world. After all, you never know what might happen at dinner.

This originally appeared on Facebook. It has been reprinted with permission.

Shannon Brescher Shea is the mom of a family of four trying to learn how to be kinder, more sustainable, and more adventurous. At We’ll Eat You Up, We Love You So, she explores parenthood, growing up, and this big beautiful world. She’s also written for the Huffington Post, The Good Mother Project, the Children and Nature Network, Rants from Mommyland, Greater Greater Washington, Simplicity Parenting, the New York State Conservationist, and Adirondack Sports and Fitness. In her day job, she’s a science communicator in the federal government.

This #RealityMom or #RealityDad has graciously agreed to share her word baby with our site and we are eternally grateful.
All Posts
PrevPrevious11 Thoughts While Having a Transvaginal Ultrasound
NextI Just Finished Her Baby BookNext