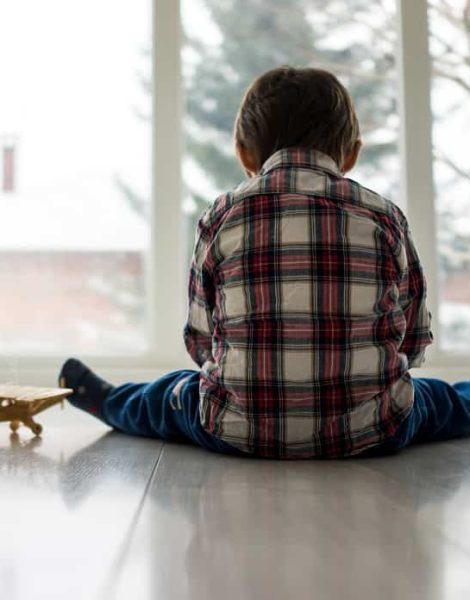 My Son Thinks I Don’t Care

It’s one of those days. A day seemingly like any other, where I wake and go through my normal routine—breakfast, packing lunches, yelling about getting socks on and to stop sitting on each other’s heads—a day where everything seems “normal,” until it’s not.

My son asked me to come watch a video with him. He’s been talking about these videos all weekend and asking me to watch. I haven’t been paying attention but have managed to successfully nod and murmur at appropriate times, while saying, “Not right now.” I had just said no again, was putting the dog in his kennel and thinking about my to-do list. I looked up to see him standing there. His hands were twisting around one another, his shoulders slumped. He looked at me, frowning. I didn’t understand what was happening and was about to give him grief for not getting his bag together and standing there with no socks on, but there was something about the way he looked that stopped me.

“You just said you don’t care,” he said.

My first response was to quickly say, “No I didn’t,” and move on. Because I truly didn’t. My stomach clenched because I felt something coming and I was nervous.

“Why are you standing there like that?” I asked, almost not wanting to hear the answer. He shook his head, pulled his eyes away from mine and went to put his socks on. Motherhood pushed me forward gently. I bent before him. “Why were you just standing there looking at me like that?” I asked, looking him in the eye, at his level, my hand on his knee. I felt it before I saw it, that gut wrenching feeling as you watch someone you love deeply hurting. He crumpled. He wouldn’t meet my eyes but I could see the tears in his, “It doesn’t matter,” he said. But I heard him, it did matter. I didn’t know what “it” was, but it mattered.

“Please talk to me,” I said softly, still close to him.

That was the realization. What I say is not always what he hears.

My son is and always has been, a very feeling boy. He is so in tune with my moods and emotions, he can tell when I have a migraine, when I’m tired, when I’m stressed, and when I’m happy—all without me saying a word. He knows when my left eye droops, it’s a bad headache. He knows that when I’m pale, I’m tired. He knows when I sigh deeply, I am stressed and thinking about something. It hit me—my son might know ME better than I know him. This little person sitting in front of me is someone I think know better than anyone. I know his voice, his musty pre-teen smell, the way the right side of his hair curls up in the front when it gets too long. I know his sense of humor, his hobbies, his struggles. I know. So when there’s something that I don’t know, I’m stunned.

I don’t know how my son sees his world. His world is not like mine—it’s not like a lot of people’s—it’s not what most would call “normal.” He has ADHD and he lives in an ADHD world, which is so different from mine, we might as well be from different planets, speaking different languages. I think at times, maybe we do speak different languages. Because my son is noisy, continually moving, forgetful, persistent to a fault, eager, excitable, messy and more. His days are filled with people around him telling him to stop. Stop talking, humming, doodling, moving. Stop to clean up his mess, do his homework, and remember his socks. Stop asking questions, fidgeting—just stop. It gets tiresome, so tiresome, even for me—and I’m his mother. I can only imagine how his teachers, friends, brother, step-brother, step-parents, grandparents etc. feel. They don’t have the tie to him that I have, that fierce Momma Bear feeling that comes out and wants to protect him from everything; all the hurt, pain, and judgment that comes at him—DAILY—because he’s a little different.

So when I realize that I have now become one of those people, someone who discounts him, who just wants him to be…well…not like him…it crushes me. When he gets into something, he gets into it with all of his being. The stuff he gets into is important to him, all-consuming at times. Because it is important to him, he wants to share that with the people he cares about. But because he ends up being so persistent, not knowing when to stop asking, not knowing when to take no for an answer, he ends up hurting. Because people get tired. Tired of saying no. Tired of him asking the same question—eight different ways—hoping to get the answer he is looking for.

I could argue with him, explain why he is wrong, tell him that’s not what I said.

Instead, I say, “I’m sorry I hurt you. I do care. Right now we need to get ready for school but how about we plan to watch the video tonight after dinner?” That’s all it took. He perked up and sat straighter and said, “You promise?” I nodded.

I do promise. I promise to keep kindness in mind. I promise to remember it only takes a second to hear someone and let them know they’ve been heard.

This is vital for all relationships, but even more so for my ADHD son, who lives in The World of No. I promise to work to change “no” to, “not right but how about …” I can’t always say yes and I won’t. But I can be gentler in how I reply. I can work to ensure my words accurately reflect my intent. I don’t always have to be interested in his stuff but I can be interested in him.

I promise. I can listen. I care. It hurts how much I care.

Heather LeRoss is the two-time award-winning author of Just Tell Me I’m Pretty: Musings on a Messy Life. Visit HeatherLeRoss.com now and download three FREE chapters of the hilarious book that was dubbed, “Best book I’ve EVER read,” by Heather’s Mom. You can also follow her on Facebook.
All Posts
PrevPreviousThe Circle of Life and Preparing for the Inevitable
NextHow Do I Manage an Emotionally Unavailable Husband?Next