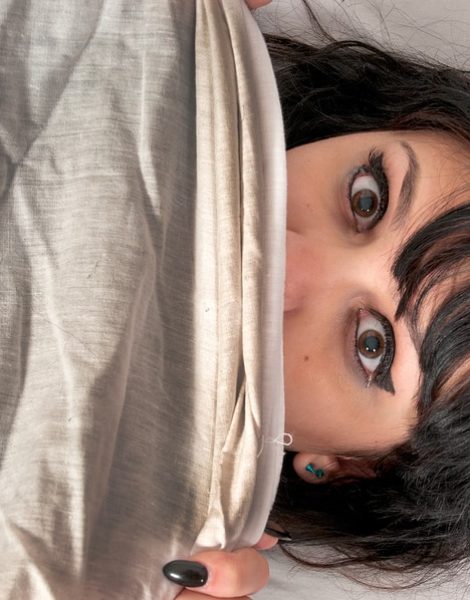 Other kids had imaginary friends growing up. I had panic attacks.

I think I had my first panic attack when I was four. I remember a big one when I was seven, visiting Opryland. I began hyperventilating during a stage show medley of country classics and had to be taken to their medical center. (But really, was it a panic attack or a way to get the hell out of Opryland? I mean, who visits Opryland in the Tennessee summer heat?)

Panic attacks were frequent visitors, reappearing like Tori Spelling in a bad made for TV movie.

I thought that as an adult, I was done with panic attacks.

I was cocky, hadn’t had one in years, I was so obviously over them.

But when your life is somehow upended, the dormant ways float back to the surface.

Panic attacks visited me when I graduated from acting school in New York.

They came calling when I was planning my wedding in Los Angeles, and now, here they were. Back again.

Like the cross eyed cousin you don’t want to claim, they made an unannounced appearance in my head, and vowed to be my constant companion during my divorce.

I tried to get rid of them. I talked to myself. I reasoned.

I did my best Ujayi yoga breathing. I make deals.

“Let me get on this plane”, I’d silently plead, “and we’ll have a big freak out when I land.”

They were like a bad house guest that overstayed their welcome and were eating all the good stuff out of the fridge.

Dealing with panic – a homemade solution

So how do you dislodge panic? It only grows stronger with resistance. Push and it pushes back harder.

What do you see? Big, pink elephants.

After days of waking up mid-panic attack, I figured it out.

If you have panic attacks, I’m truly sorry. If you don’t have them, you’re lucky. They are a level of pain that’s unimaginable. You are dying, losing your mind, having a stroke, and a heart attack all at the same time.

How am I coping?

In a way, I’ve made peace with my panic. I know that panic is standing by and may decide to take over at any moment.

There’s nothing that I can do to stop that from happening. The only power that I truly have is my absolute powerlessness.

Has your separation brought on panic attacks for you? If so, please share. Would love to hear how you are coping with these crappy friends.

This post originally appeared on Round & Round Rosie. Reprinted with permission.

Rosemond Cranner is an LA-based divorced mom to one awesome teenaged daughter. A former TV production company owner, she writes about a diverse range of topics, usually at 3am when she can’t sleep. You can find her throwing words around at Babble, Huffpost, BluntMoms, Scary Mommy, SheKnows, and here! She writes about things like body image, the joy of schlepping all your worldly belongings in Hefty trash bags post-divorce, the horrors of dating when you have elbow fat and of course, cute shoes; but her true mission is to be a hopeful voice for women as they rediscover themselves and kick some major midlife ass.  You can find her at Round & Round Rosie, on Facebook, and on Twitter.

This #RealityMom or #RealityDad has graciously agreed to share her word baby with our site and we are eternally grateful.
All Posts
PrevPreviousParenting Done Right in the Age of Social Media
NextShowing the World What My Daughter is Capable OfNext