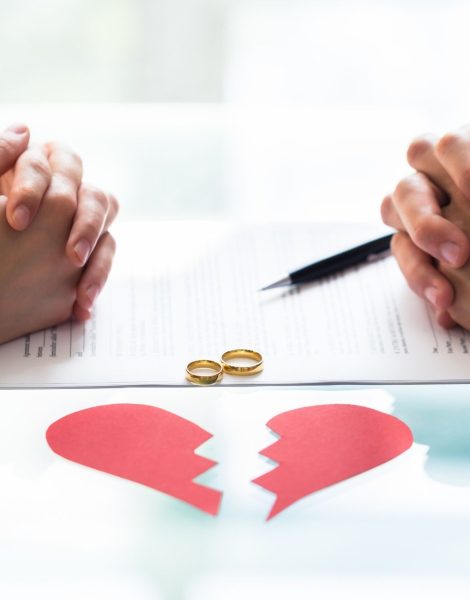 I’ve never considered myself to be an overly strong person. I have good qualities, but fortitude has never really one of them. The two experiences in my life that have shown me that I am stronger than I think am: childbirth and divorce. And when you think about it, those two processes have a lot of similarities.

1. Each birth and each divorce experience is unique.Moms who have more than one child often say that their pregnancies were radically different. Just as each pregnancy is unique, the same is true for divorce. No one else was married to your soon to be ex in the same circumstances. Remember that fact when it comes to #2.

2. Everyone wants to share a frightening story with you. Just like people want to share their childbirth horror stories and scare the bejeezus out of you, they will do the same with stories of divorce. And just like you had a few friends who gave you actually good, useful, encouraging advice about delivering a baby, a few friends will give you valuable pieces of info about what got them through the divorce.  Keep the advice that works for you and disregard the tales of woe and misery.

Remember, a lot of the things you feared about childbirth never happened and there were surprises that you didn’t anticipate. The same is true of your experience with the courts and your former spouse. Even if it is well-meaning, ignore the unhelpful words.

3. It hurts—a lot. Anyone who tells you it doesn’t hurt, referring to either childbirth or divorce, lies. Like a rug, I tell you. For women who’ve experienced birth, it goes without saying that pushing a baby out your vajayjay or having it cut out of your body gives a woman a new understanding of pain. I wish I could tell you that divorce won’t hurt, but I cannot. It is not a pleasant experience. There is a lot of emotional pain surrounding the end of a marriage.

4. It will eventually end, though you will want it to be over well before it actually is. Despite some of the horror stories, the act of divorcing does not last forever. It will, however, go on longer than you’d wish. Toward the end of the two and a half hours it took to push my daughter out of my body, I remember saying, “Holy shit, I need this to be over.” There came a time when I said the same thing about my divorce. Eventually, it ended. There is a light at the end of the divorce tunnel, I promise.

5. Your memories of the pain will become a bit blurry. I remember a lot of the birth of my daughter, but I can’t recall every detail like I did for the first few weeks and months following the blessed event. While I also remember the unpleasantness of my marriage that ended years ago, the details of the day-to-day disagreements are fuzzy.  This is a good thing on both fronts.

6. Just like your life before kids, it seems odd to think about your life before the divorce. A common refrain among new parents is that they have a hard time remembering their life before the arrival of their sweet baby. Similarly, over time, for many divorced individuals, it’s just plain weird to think of yourself as married to your ex. I see my ex several times a week now, years after our divorce was finalized, and the fact that I used to be married to him seems like something “a long time ago in a galaxy far, far away.”

7. You will have (and enjoy) sex again. In the weeks after giving birth, most moms think they will never, ever have sex again, and they’re certain that they won’t want to do so. I had the same thoughts following my divorce. I had no interest in a new relationship, and frankly couldn’t have cared less if I was going to know a man in the biblical sense again. Thankfully, I was wrong. An old friend recently asked a group of ladies how long it was after childbirth before we had good sex again. I replied, “For me, it took seven years and a new husband.” I’m not saying you should rush back into the sexual arena, but keep hope alive that it will be a fun, fulfilling aspect of your life again.

For those going through divorce, I hope it over as quickly as you hope it will be, that it is as minimally painful as possible, and that in your new life post-divorce that you find happiness and fulfillment.

This post originally appeared on It Builds Character. Reprinted with permission.

Shannan lives in the suburbs of Chicago with her husband and teen daughter. She's a recovery attorney who now blogs at BetweenUsParents.com, ChicagoNow, and as part of the Chicago Parent Blogger Network. Her writing has appeared on the Erma Bombeck Writers' Workshop, Scary Mommy, BonBon Break, Brain Child and In the Powder Room, and her essays have been included in two anthologies by The HerStories Project. She is also freelance writer for regional magazines. Shannan was in the 2013 cast of Listen to Your Mother, despite the fact that her daughter often fails to do so.
All Posts
PrevPrevious29 Things I’ve Learned While Grieving for My Mother
NextMotherhood: Is it Worth It?Next