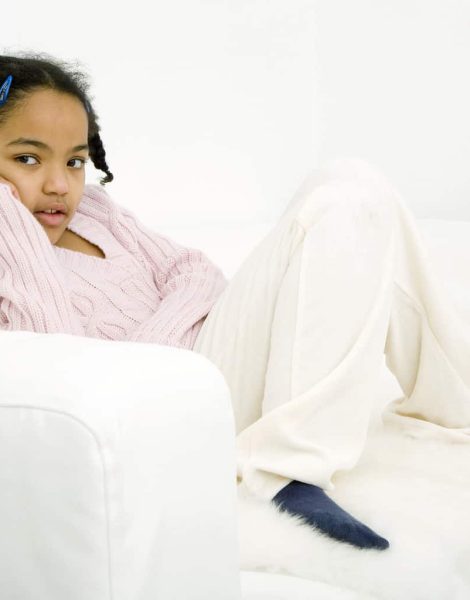 I’ve written a lot about digital parenting but I was still rather shocked when my daughter opened her first smartphone at Christmas and had a text from Santa’s Twerkshop. The unexpected issues and curveballs of digital parenting became apparent within literally the first five minutes of her possessing a device that essentially gives her access to the entire online world.

It’s not like she hadn’t been online before, and she’s had a “dumb” phone, but our family definitely entered new territory when she got a smartphone. In the few weeks that she has had the phone, we’ve adopted those important tech resolutions for digital parenting.

Put in the time

Presenting your child with a phone is not a give and go kind of event. Smartphones make life easier, but they are not necessarily time savers when it comes to kids using them. There’s a learning curve for all involved. Right now, my husband and I put in a decent amount of time both educating ourselves, talking with our kid and discussing  appropriate use.

Take the time to learn how to use the phone (even if that means figuring out how to block the number of Santa’s Twerkshop on Christmas Day), familiarize yourself with the apps your kids are using, and talk with them about who their contacts are and how they know them in real life.

We have a contract spelling out our expectations regarding the phone, our responsibilities, and our child’s responsibilities. But in just a few short weeks, I’ve realized that it’s impossible to cover all potential scenarios in that contract. My husband and I talk with my daughter. A lot.

Our goal is to make it a true conversation. We ask her thoughts and opinions, and we also have her to show us how to play her favorite game or share a favorite photo that she’s taken with us.

Conversations also include her asking us to allow her to have an Instagram account, and repeated discussions about why we think it is important to adhere to the Instagram Terms of Use that require users be at least 13 years old, per the Children’s Online Privacy Protection Act.

Technology will continually develop and change, just like our kids. That means that the conversation about the best uses of technology must be an ongoing one.

Take away devices at night

There are studies showing that kids with access to technology in their bedrooms at night sleep less, including this one recently published in the journal Pediatrics. I wasn’t sure if that would be an issue with my tween. Hahaha.

It didn’t take long for me to realize that my tween would quite likely text, play games, and generally use her devices all night if she could do so.

I’m not proud to admit that, but it’s true.

I’ve heard from several parents that leaving them in a central location like the kitchen was ineffective because kids would get them after parents had gone to bed, or even early in the morning. Therefore, her devices charge in our bedroom at night. It also serves as a good reminder for me to monitor usage. (I know there’s a big debate about that and it’s the topic for another post.

For now, suffice it to say, we monitor her usage as a condition of her having a phone and she is clear on that fact.)

This post originally appeared on Chicago Now. Reprinted with permission.

Shannan lives in the suburbs of Chicago with her husband and teen daughter. She's a recovery attorney who now blogs at BetweenUsParents.com, ChicagoNow, and as part of the Chicago Parent Blogger Network. Her writing has appeared on the Erma Bombeck Writers' Workshop, Scary Mommy, BonBon Break, Brain Child and In the Powder Room, and her essays have been included in two anthologies by The HerStories Project. She is also freelance writer for regional magazines. Shannan was in the 2013 cast of Listen to Your Mother, despite the fact that her daughter often fails to do so.
All Posts
PrevPrevious#RealityMom Challenges: Working from Home
NextMy Husband, the SuperheroNext