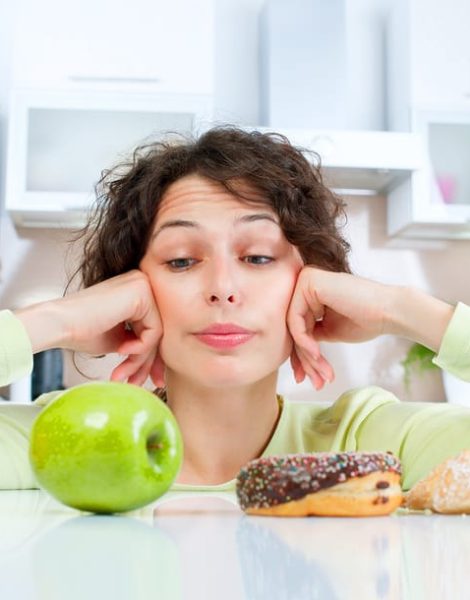 What I Want My Tweens to Know About Dieting

Earlier this year, I visited my doctor for my annual exam. My lab reports were stellar, but apparently, I put on a few pounds in my middle.

According to her, I am in a healthy, normal weight range, but she advised me to be aware that since I am in my forties and perhaps my metabolism is slowing down, I may want to start watching what I eat a little bit more. She mentioned phrases like “hormonal shifts” and “pre-menopausal”, but in the end, she flatly exclaimed:“I don’t want to see you put any more weight on—especially in the tummy area.”

“Um, okay,” I replied. I have been watching what I ate since 1988, but whatever. Her point is well taken. More spinach, less wine and chocolate. Got it.

The commentary from my doctor wasn’t shocking, however, I like to think I am a relatively healthy individual. I walk regularly and cook most of my family’s meals. We consume fruits and vegetables. I even convinced two of my daughters to like kale chips.

It’s been harder to get the weight off

But I’ve noticed that when I occasionally go off the wagon with my eating and exercising, it’s been harder to get the weight off than in prior years when I could just cut a few calories and drop the extra pounds. My clothes felt a little tighter and I noticed it was harder to get motivated to work out on a regular basis. When I did make the effort, the scale didn’t budge.

When I exercised more, my appetite increased, and I snacked all the time. I had a hard time staying on track. I gained and lost the same two pounds about twenty-seven times.

Apparently at 39 (plus four) years, I needed to do a little more than “watch” what I ate. I needed an eating plan.

I needed a diet.

But how do you diet with tweens?

But with three tween daughters, I couldn’t “diet”. I needed to model healthy eating. I needed to show I could eat some carbs, exercise and feel good about my body. I needed to focus on loving myself, exactly as I am.

Except this wasn’t about loving myself in all my glory. I wanted to do something positive for my health, and I wanted to include my daughters in it.

But here’s the problem. Everyone else is talking about it. And my girls are hearing it.

Kids today face an onslaught of images and commentary from their friends, social media, and advertisements. Photoshop changes what they think is normal. At a minimum of fifty times each day, my daughters are told they are inadequate. They have seen that their teeth need to be white, and their thighs shouldn’t touch. They know that older girls wear their hair super straight and their dresses super short. They will come to know that some boys value their looks over their brains and even worse, that their clothing choices will render judgment.

I could change the conversation

I could choose to ignore their bodies and mine by not acknowledging it. Or I could change the conversation.

With the help of a friend who happened to be a nutritionist, we selected a plan that I easily could integrate into meals for my family. I told my girls what the doctor said, and why I wanted to lose a few inches around my middle. I didn’t focus on losing weight, but instead about feeling better, gaining energy, and trimming my waistline a bit to improve my health, but I called a spade a spade. I was going on a diet.

To my surprise, the girls were supportive, and each helped pick some recipes for the week. I explained how I would portion my meals, but that they could eat as much as they wanted out of the healthy categories and smaller portions of the others. We agreed to increase our water intake and move more, even engaging in some healthy competition. We included their father, who happens to be a marathon runner.

We also talked about how we could integrate some “treats” into our eating plan, including a trip for fro-yo if we met our exercise goals for the week, which included daily workouts for me, and a steps goal for them. We took some time to exercise together, including bike rides, family walks and playing soccer in the backyard.

Three weeks later, I only dropped three pounds, but better yet, almost three inches around my middle. I also could feel the difference in my energy level and mood.

More importantly—I had a lot of great conversations with my kids. Some of the discussions made me sad, like when my daughter told me her friend thought she was fat. We discussed how she can respond when girls say these things (including exercising together to improve our self-esteem.) Other conversations revolved around changing bodies and how each of my girls felt about their outward appearances.  And some were just about the fact that no matter how you spun it, Brussel sprouts only taste good with bacon— and that’s okay.

I want my girls to love their bodies

I want my girls to love their bodies, but to assume that they will because I never discuss my own issues seems backward to me. If they want information on anything, I want to be the source—not their friends, social media or the Internet.

I won’t be the one to criticize their appearance, but I will be the first to help them improve their self-esteem in a healthy, productive way if that’s what’s important to them.

It’s not enough to tell girls that their weight and appearance doesn’t matter because the truth is for most girls, it does. We have to show them ways we can help them control and feel better about themselves, on the inside and out.

I am (fairly) comfortable in my skin, and I feel good about the person I am even with those few extra pounds.

But following a diet gave me an opportunity to address important issues with my girls and demonstrate I am committed to a healthy lifestyle.

And that’s worth its weight in gold.

Whitney Fleming is a marketing consultant, freelance writer and mom to three tween girls. She blogs about parenting, relationships and w(h)ine on her blog, Playdates on Fridays, where she talks about serious stuff, without taking herself too seriously. In her free time, she tries to dispel the rumor that she is a typical suburban mom despite the fact that she is often seen driving her minivan to soccer practices and PTA meetings. Go visit her site at Playdates on Fridays or find her on Facebook or Twitter.
All Posts
PrevPreviousMaking Summer Memories as a Working Mom
NextWhere Is The Love?Next