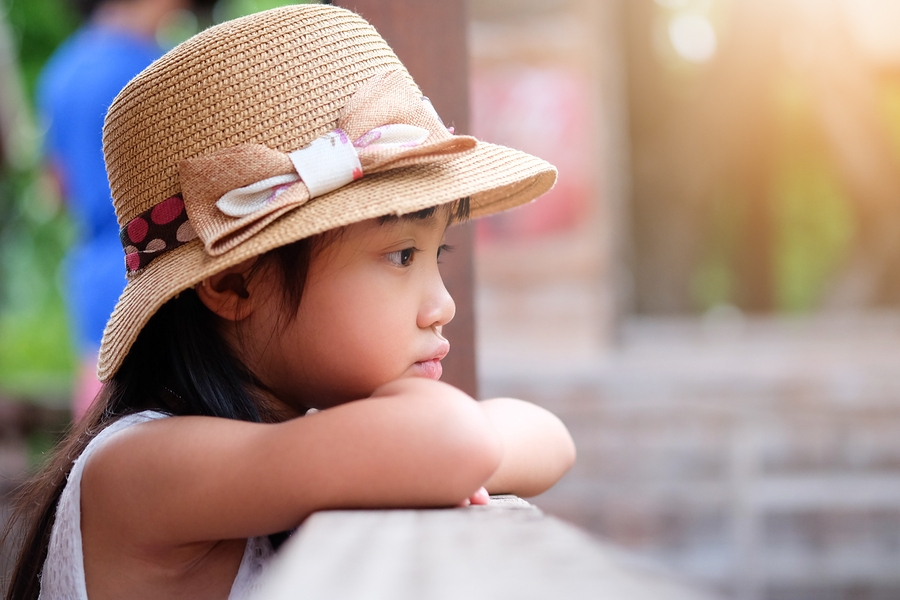 My daughter needed to know what’s happening, when. Change of plans agitated her; then she’d wonder what if it doesn’t go as planned? What if something goes wrong? Or if plans did change—why? What was wrong?

Kids are curious. Very curious. And we like that, we want that, we encourage that. Curiosity leads to interest, to learning, to an engaged child. But what if it leads to something else?

That curiosity sometimes masks anxiety. It took me a while to notice, to see that there was something else going on in my little girl’s head — to see that her questions were morphing into something slightly different. When her “how does or what is” shifted into more “what if’s”. What if this happens, what if that happens.

What if’s can hide — or reveal — fears. My daughter needed to know what’s happening, when. Change of plans agitated her; then she’d wonder what if it doesn’t go as planned? What if something goes wrong? Or if plans did change—why? What was wrong?

Many anxious kids have good imaginations and yes, she has a huge imagination! I just love all the creativity bursting out of her. I want to bottle it up sometimes so I can let it out and breathe some joy into the world. But when her imagination starts filling in questions with worst-case scenarios, I think uh-oh. Now, what do I do?

Well, it turns out what we don’t want to do is tell her not to worry. Honestly, that helps practically nobody, ever. In fact when I tried that — because of course, it’s the first thing I did — she just took the imagined outcome further and further. Finally, I realized that instead of my just saying “it’s ok” and “don’t worry about it”, I should take another tack.

So I try walking her through whatever the fear is to get her to reassure herself. Sometimes if it’s easy, I just talk her through the fear to show her she is ok and does have the strength to handle it. Often she’s not feeling confident or is out of her comfort zone. I say, “Looks like you’re pretty worried about this, what can we do to help calm you down? “ Sometimes she can bring herself back with that. Sometimes we have to dance or stomp it out. Ok, sometimes she stomps it out herself in a tantrum. And other times it comes down to breathing. Just breathing with her. In and out, ever so slowly.

So notice the questions your child is asking; ask some of your own. There are many, many answers.

But expecting them to just get over it, isn’t one of them.

PrevPreviousFor Earth Day and Every Day, I’m Doing My Part
NextNo Regrets: You Need To Live Your Motherhood Your WayNext
On Key

Today I showered. That was it. That’s all I accomplished for the entire day. END_OF_DOCUMENT_TOKEN_TO_BE_REPLACED

My moment, a chance to escape. I lock the door. My reprieve from the chaos. END_OF_DOCUMENT_TOKEN_TO_BE_REPLACED

I know that you try your best to be a good mother, partner, daughter, and friend, but all too often feel like you are failing at all of them. END_OF_DOCUMENT_TOKEN_TO_BE_REPLACED

Thank you @momarazzi_ ! This made me laugh hysteri