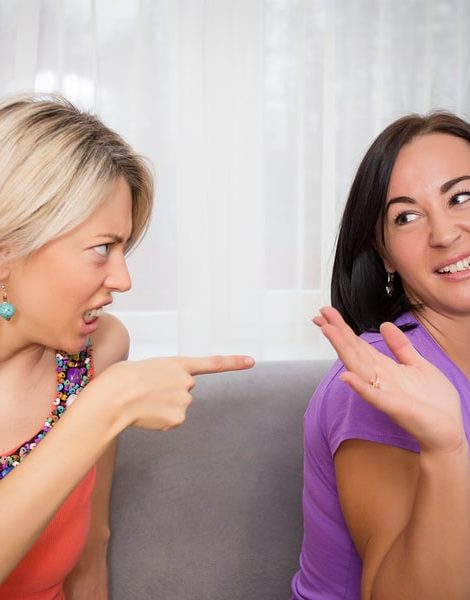 Communication is not Confrontation

This truth has been shared anonymously by a RealityMom.

Not long ago I felt the need to have a conversation with a friend. I had been hurt by something she said. At the time of the incident, I responded in a way that suggested I was hurt by her words.

Because we’ve been friends for several years, I thought (expected) that she would come and apologize, or at least mention what happened. If it were me, that’s what I would have done. But I’ve learned I can’t expect that people handle situations the same way I do.

After a couple of weeks, I was still bothered by the incident. Not so much that it happened–yes, that was upsetting, but we can all say things that are inappropriate so I can move on from that. I was most upset that my friend didn’t follow up to acknowledge what happened. I was having a hard time being around her in social situations because the hurt was growing. I was sad that she didn’t feel the need to check in, and ideally to apologize.

So, I decided I’d talk to her about it. I told my husband that I felt the need to talk to her and he reminded me that I am very direct and that doesn’t always work for people, so to be soft about how I approached her. He was right. I thought about what I wanted to say and how I could say it.

A few days later I saw an opportunity to talk with her when no one else was around and said, “Can I talk to you about something?” She said “Sure.” I explained how I had been hurt by her words and the situation where she chose to say them. I also told her I was upset that there wasn’t any sort of acknowledgment because as friends, I would have hoped that would have happened. There was a bit more to it, but she said, “I’m sorry if you felt that way- it was a joke, I didn’t mean it.”

I really only needed her to know how I felt so that I could move on, and so that we could be on the same page and clear the air in our friendship. I couldn’t help but feel, in that moment, that she felt like it was a confrontation.

Now—you don’t know me, but I can be VERY confrontational. To a fault. I’m working on it. And in situations like this one, where I really care about the outcome, I’m very aware of how I come across and make a point to focus on communicating, and not be confrontational.

But I’ve learned that some people view any form of conversation about an uncomfortable subject as confrontational. It’s unfortunate. Communication is an exchange of ideas and an understanding of what those ideas are. Confrontation is often loud, forceful, and can feel disrespectful. It surprises me that I can be confident I did the former but am also pretty certain my friend received it as the latter.

Since that conversation there is still distance between us, there is less communication and I have again been hurt by actions of this friend. I don’t know for sure that it stems from that moment where I talked to her, but I have a strong hunch that’s the case.

This is where, as moms, I think we need to do better. We need to teach our sons and daughters not only how to communicate respectfully, but how to be on the receiving end of a conversation about uncomfortable topics. And how, after a conversation like this, to move on and still have good relationships.

This is important not only for our interpersonal relationships but work and life settings as well. Not all interactions are positive and yes, we need to be thoughtful about how we bring up these challenging subjects up, but we also need to understand that if we’re on the receiving end of a conversation like the one my friend and I had—it’s okay. We all make mistakes, we all can benefit from hearing what others in our life need, or how they feel.

I want to raise children who can communicate well with others and who can be on the receiving end of a conversation and not feel like they need to retreat if someone is unhappy with them.

Unfortunately, I feel this friendship slipping away—because I communicated. And I am fairly certain if I try to bring it up—to talk it out and clear the air, it will once again be received as a confrontation. Which is so sad. Communication—even about hard subjects—can bring people closer together. When you let it.

So please, let’s try our best to teach our children to communicate well—both sending and receiving messages. It’s trying to understand the other person and hear what they are saying. And in those moments where the communication is “aimed” at them, help them understand that this is a moment to listen and possibly learn. It doesn’t mean that they’re bad or in trouble or that it’s a confrontation. Communication is a part of life—let’s help our kids be better at it than we are.

This generous #RealityMom or #RealityDad has shared their wisdom with us.
All Posts
PrevPreviousFood Might Be My Son’s Kryptonite
NextReality Moms Hot Holiday Gift Guide on KTLANext