College Admissions Craziness: What I Want My Teen to Know

The college admissions scandal is prompting a lot of discussions about everything from the power of wealth and privilege to the dangers of helicopter parenting to issues with NCAA regulations. It is also spurring conversation in my home with my high school junior, who is smack in the middle of the college admissions craziness.

This controversy is certainly a conversation starter for many important topics, but I dashed off this letter to her to stress what I feel is most important for her to know.

My mind was rather blown when federal prosecutors indicted dozens of people because they allegedly lied and cheated to get their children into elite colleges, with some paying up to $6 million.

I hope you know that I love you with all my heart but I will not commit a felony to get you into a university. We both know that I have neither the money and the knowledge of how to (or who could) rig the college admissions system for you, but even if I did, I would not do it.

That’s because it is morally wrong and because I believe it is unnecessary.

I believe in you and your ability to succeed regardless of where you go to college, or if you enroll at all.

Whatever grades and SAT score you earn will be just fine. That’s because you are enough—exactly as you are, right now.

You are an amazing kid and you consistently make me proud.

Your future is ridiculously bright. I beg of you to remember Frank Bruni’s wise words (and book title):

You are the one who decides who you’ll be, not an admissions committee or a standardized test or a transcript.

The big decisions you’ll make, including about where to go to school, definitely have an impact. However, it’s the many small decisions that you make every single day—especially the times you opt to be truthful, hardworking, and kind – that determine who you are and who you will be.

A version of this post originally appeared on Between Us Parents. It has been reprinted with permission. 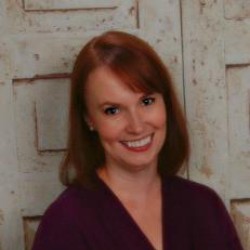 Shannan Younger
Shannan lives in the suburbs of Chicago with her husband and teen daughter. She's a recovery attorney who now blogs at BetweenUsParents.com, ChicagoNow, and as part of the Chicago Parent Blogger Network. Her writing has appeared on the Erma Bombeck Writers' Workshop, Scary Mommy, BonBon Break, Brain Child and In the Powder Room, and her essays have been included in two anthologies by The HerStories Project. She is also freelance writer for regional magazines. Shannan was in the 2013 cast of Listen to Your Mother, despite the fact that her daughter often fails to do so.

Latest posts by Shannan Younger (see all)
2019-03-13
Previous Post: How to Choose a Summer Day Camp
Next Post: I’m Raising my Daughter to be Fierce