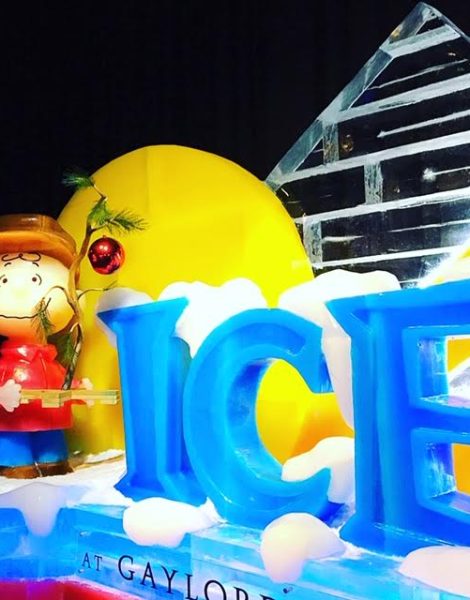 Christmas On The Potomac Brings That Christmas Magic!

People all over are chanting this saying, “it’s the most wonderful time of the year.” Everyone knows the tune and can sing this at the drop of a hat. Well, I can attest that the Gaylord National Resort on the Potomac definitely knows how to make this saying come to life!

Experience this award-winning celebration, where children of all ages, will be able to forget what is going on in the world. It will be where you will have the feeling of what really matters in life. Just from being at this beautiful resort, will put so much Christmas magic back into your life.

First up, when you enter the hotel, you feel like you are on a movie set decorated with fabulous Christmas trees. There are a couple of boutiques that are filled with such great gift ideas. I felt like I was in a candy store. Who doesn’t love to shop.

The number one reason why I was there with my son & nephew was the attraction – ICE which theme was “A Charlie Brown’s Christmas”. Let’s just say pictures will not do it justice. It was jaw-dropping.

There was two million pounds of colorful ice sculptures that were created by 40 artisans brought over from China. The exhibit was only 9 degrees inside, but what was awesome, was that the Gaylord provided their guests with a blue parka. This blue parka was worn over your coat to keep you extra warm.

You walked through and saw the story of Charlie Brown’s Christmas. Not only that, but there were four two-story ice slides. Don’t even think about it—yes I went down. 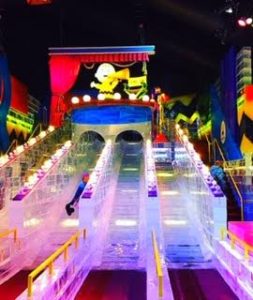 After coming down the slide, we decided to check out the other attractions. They were an indoor ice skating rink, gingerbread making area, and the best thing of all—hot chocolate. While sipping your delicious drink, that will certainly make your body feel warmer, was the indoor carousel.

Later that evening was the Cirque Dreams Unwrapped show. The stage came alive with all sorts of acrobats, music and showmanship that kept the audience intrigued. I looked over at my nephew and he was sitting on the edge of his seat. The best, he said, was the guy who could twist his body into a pretzel. It was a 25 minute Christmas fable that was dazzling. 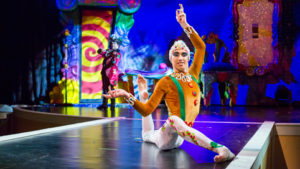 Last, but certainly not least, was the breakfast with Charlie Brown the next morning. Charlie Brown, Linus and Lucy all greeted the guests at the buffet-style breakfast. Kids were clapping and even singing was involved by the two hosts on stage. How cool – a morning sing along to end a great time. So I say don’t walk to the Gaylord National, but run! Christmas On The Potomac is there until January 1st. Happy holidays!!! 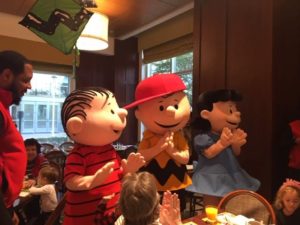 This post originally appeared on Unfiltered Mom. It has been reprinted with permission.

Kathy Fallon-Chlan is sharing her family’s crazy stories to help other moms realize that life isn’t so bad. If you had a terrible day and screamed at your kid, big deal. Kathy is an inspiration for moms who aren’t sure about what they’re doing. You can find her on Unfiltered Mom and on Facebook and Twitter.

This #RealityMom or #RealityDad has graciously agreed to share her word baby with our site and we are eternally grateful.
All Posts
PrevPreviousBest Board Games for the Holidays
NextSimple, Easy Giving This Holiday SeasonNext