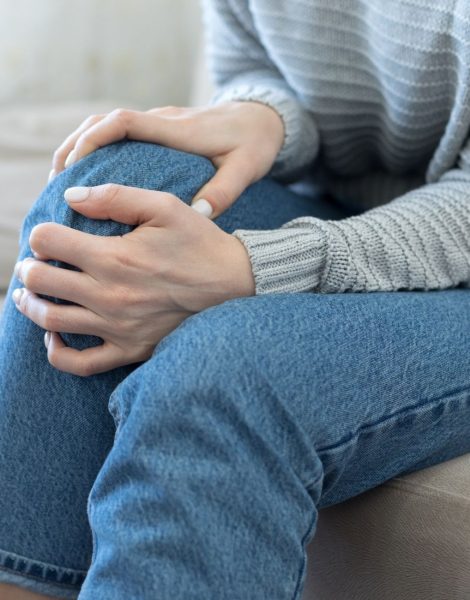 Sometimes You Can’t Walk It Off

A week ago, I hurt my knee—it wasn’t doing anything fun or exciting, that’s the worst part of it. I just stepped funny before school drop off—I was probably doing and thinking of a thousand different things at the time, in that way that anyone who has ever gotten a kid off to school is fully familiar with—and felt a pop.

No time to stop and worry about it, I had to get my son off to school so that’s what I did. I continued to go about my day. Sure, it hurt when I walked on it but no big deal.

Being a veteran of many, many sprains of various body parts over the years (the result of living and being both active and slightly clumsy), I figured it was just that’s and to keep moving and “walk it off.”

I believed that so much that I walked around the mall, the dog park and the school. When I say walked, I mean limped, but tomatoes tomaht-ohs, right? I had an appointment with my massage therapist that afternoon anyway and figured that she could help me flush out any tweaks that might be there.

I get to my massage, slip off my leggings and look in shock at my super swollen knee and shin. It was bad. There was an actual indent in my shin where my leggings had been sitting, capris style. Needless to say, I got a talking to from my massage therapist for trying to “walk it off” all day, and I assured her I was seeing my physiotherapist the next day. I was really glad I saw her because she helped get the swelling under control, but she also suggested I use a cane for the next bit. “Yeah, yeah, I thought, that seems like a bit of an overreaction, but ok. ”

Next morning I head off to physio, where I get the full exam and the same chat about trying walk it off. She also recommends a cane. I roll my eyes and try to laugh it off. I asked my friends if anyone had one I could borrow with no intention of actually using it. I then spent the weekend hobbling around like a tool.

Fast forward a week—I headed back to physio. It’s still swollen, but no new swelling, so that’s good. Our conversation goes something like this: “Did you get a cane?” she asks. “Yes,” I mutter and indicate in the direction of the cane I had carried in with me to get sized, just in case. “Have you been using it?” “Um, no”. “How come?” “Honestly? I don’t want to”. She rolls her eyes at me, hard enough that I practically heard them. Before you start wondering about my physio, I should note that we have a very close relationship, and friendship, she’s not some kind of sarcastic jerk. FINE. I eventually relent and agree to use the stupid cane.

Later that night, my son asks, “Mum, are you embarrassed of your cane?”

OH CRAP. It strikes me right in the heart. He’s right. I am.

I have no answer for him. Why am I? I don’t know. It’s a medical device, prescribed by medical professionals, for a legitimate problem. So why do I have such a problem with it? Why do I burn inside with humiliation every time I step out in public with it? Is it because I’m worried about bring judged? Or people laughing at me? Or thinking things like “oh, there goes Brandee with something *else* wrong”?

His questions, put as bluntly and yet still gently, as only a child could, have been running through my head now for days.

I’ve been living with my disabilities for six years now. This isn’t new territory for me, but at the same time, it still is. All these years later, I still struggle with asking and receiving help. So now, to have something else going on, I guess maybe I am embarrassed. I’m embarrassed that my body has let me down yet again. I’m embarrassed to have people look at me like they do, like I’m some kind of helpless creature to pity. Every piece of my independence that gets stripped away feels like another piece of me gone. Yes, I know this is temporary, but still. Maybe it’s that I’m used to being able to hide my disabilities for the most part, and now I can’t. That sounds awful, I know, and I hate myself for it, I really do.

I would NEVER, in a million years think about, or say, these things to someone else.

So why do I think them about myself? 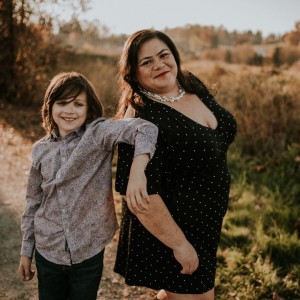 Singing, dancing, and laughing through motherhood (and life in general) was how Brandee thought things would be when she found out she was pregnant. In reality though, as a mum of one crazy and amazing dude, she often finds herself laughing at fart jokes and dancing through sword fights. Brandee likes to approach life in a straight-up way with honesty, a sense of humour, and lots of sass. She blogs about the good, the bad and the real when it comes to life, love, and everything in between at One Crazy Kid. You can also keep up with the antics of the One Crazy family on Facebook, Instagram, or Twitter.
PrevPreviousSummer Survival Guide: Backyard Toys
NextIn Defense of Unusual Baby NamesNext