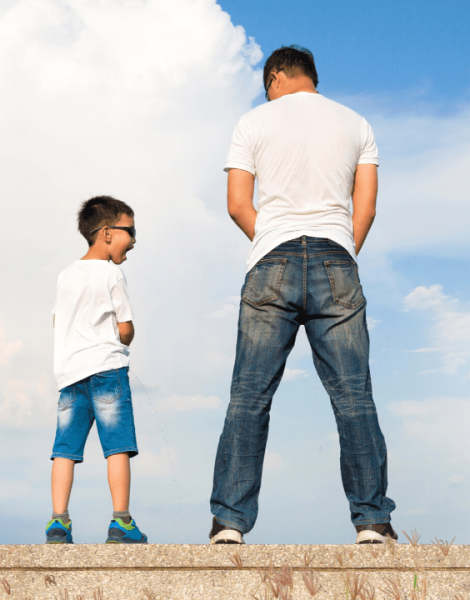 Can we talk about penises for a sec?

They are central to conversations: “Did you pee? Where does it hurt? Do we still have that powder? You have to wear pants. OK fine, you have to wear underwear. Yes, it is funny when you shake it like that. Don’t shake it like that at me. Yes, awesome that you can pee in an X when you stand together around the toilet. Yes, that is team-work. Is the seat down? It’s caught in WHAT? No, I did not know it could do that; I am amazed at its ever-growing list of talents.”

The having of said penis is clearly something gravely missing in me as extolled loudly by my four-year-old in a public bathroom filled with women:

“Mama, so where is your penis? Why don’t you have a penis again? How do you pee? Oh, you have a China? Is that where you poop out the egg?”

I remember being super freaked out when I was pregnant with my first son at the fact that there was a teeny little penis growing inside my body. My body was growing a man-part. And my body is all female.

In a world of current events focused on gender neutrality, feminism and equal rights (all elements that I loudly support; thanks to my seventies mom who had “It’s a Person!” printed on my baby announcement), I am pink, pink, pink. I played with Barbies and baby dolls and ponies. I was a ballerina with tutus and a bedroom with pink walls, pink carpet, pink shams, pink closet door fixtures, pink lamp shades, pink duvet and pounds of pastel-colored stuffed animals.

I lived in a fluffy fantasy world of my own making and spent countless hours engaged in one of my favorite past-times: giggling and talking with girlfriends. At first, on my bright, neon-orange extended-cord phone as a teenager, then in Seattle coffee shops with lattes and broken hearts in college, and finally, over bottles of wine and west village NYC noise in my twenties. I am an only child with a gaggle of female cousins and to this day, I am not sure I really get the whole male/female friendship dynamic. I don’t know men who are just friends, really.

Point being: penises were not ever in my vernacular. In fact, all I remember from Sex Ed in fifth grade is the video of the mom who made pancakes in the shape of the female anatomy when the little girl got her period for the first time during a sleepover at her friend’s house. That was traumatizing enough (YOU try eating pancakes after that shit), and I was so happy they did not go into the details on the male parts. I mean, that would have permanently sullied the beautiful pages of my Lisa Frank unicorn notebook.

I was terrified of ever seeing a penis, then later sort of mystified at how they worked. I never, ever imagined what a central role they’d play in my life.

When my boys were tiny babies, I got really passionate about not circumcising; I’m already worried about condom usage and how to have that conversation, and I’ve demonstrated quite a few times how proper washing of penises should be handled (pun intended).

And don’t get me started on the dog and how his just sort of sticks out every once in awhile when he really needs to pee and when he’s air humping, like the time he met the sassy poodle at the dog park and her owner got all ruffled. He’s fixed, dude, chill.

The only penis in this house I have zero to do with is the cat’s penis. Coincidence that he’s my favorite? I think not.

I’ve read list after list about being a #boymom and yes, there is something really, truly special (read: aggravating, terrifying, exhausting and wonderful) about being the only lady-part in a house of all dudes. Please hear me: I don’t dislike the penises. In fact, I rather enjoy them. I just wish that sometimes, some days, I could make it to my first cup of coffee without seeing one.

A girl can dream. 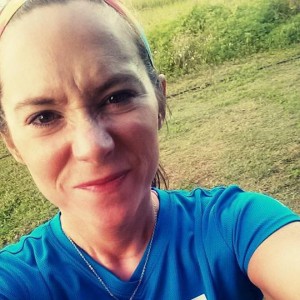 Kate Buckholz is a single mom to two boys, and a truth teller at all costs. She works full time; speaks, writes, and performs in local theater; and generally lives a life of carefully managed chaos. She is a contributor on DivorcedMoms.com and has been featured on HuffPo, Scary Mommy, Mock Moms and Charleston Moms Blog. She and her boys live in beautiful Charleston, South Carolina.
All Posts
PrevPreviousA Professional Organizer Dishes: How to “Fake” a Clean House
NextWhat It’s Really Like To Be a Parent with Chronic IllnessNext