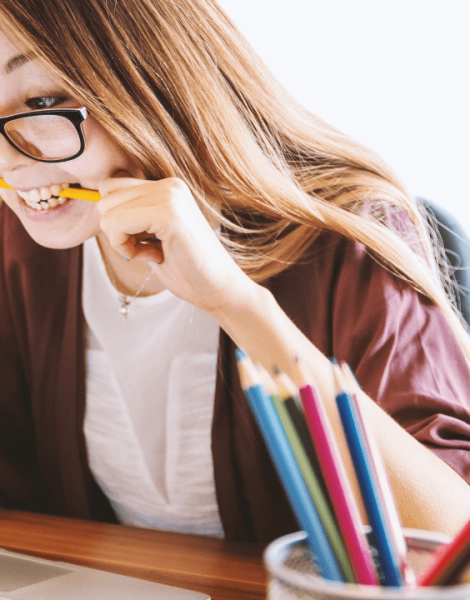 BREAKING: Dads Can Receive Emails and Make Decisions Too!

Upydeeh Day School* is reeling this week after a mom emailed the principal with shocking news that her son’s father can also receive emails and make decisions.

Stephani Blume says she finally had it last Tuesday when she received her eleventh email of the week regarding her son Trevor and his missed assignment, field trip permission form due, picture day order form, science project outline, request for items for PTA auction, a suggestion she sign-up to be PTA treasurer or nominate someone, and five emails about low funds in his lunch account.

“I simply lost it when I got the fifth reminder that I hadn’t added money to his lunch account. I work full-time, have three kids, am taking care of my ailing mom, and never sleep. I was behind on a work project, so I forwarded my husband the email asking if he could go in and add some money. When he replied that he got an access denied message because he’s not on the approved list, I emailed Principal Kluhless and demanded things change. It’s ridiculous that dads aren’t allowed to do simple tasks like that for their kids,” says Stephanie.

“It never even occurred to me to try emailing a student’s father about their missing assignments, unexcused absences, or to have them on the approved list to add money to lunch accounts,” Principal Kluhless said Friday, after receiving an angry email from Stephanie.

“I mean dads don’t really make any important decisions regarding school issues with their kids. Do they?” the Principal asked when asked why the school had been only reaching out to moms. “In any event, we’re a progressive school and are taking the necessary steps to move forward and embrace change.”

“I’ve been asking for the past two years to have my husband added to the email system, but the school never listened,” said Tifanee Mayers whose two daughters attend the school. “I’ve even had him personally request to be added and the school replied saying his daughters already had a point of contact listed as “Mom.” I’m really excited to see these changes and knowing my husband can now sign field trip permission slips and call in for absences. Maybe soon they’ll allow dads to pick up and drop off kids on school grounds.”

Not everyone is as excited as Stephanie and Tifanee to see these changes. Karen Smith says she doesn’t like more cooks in the kitchen. “We’ve done just fine so far only having moms involved in school. I don’t like this change. Men can’t make important decisions for their kids like whether they need a bagged lunch for a field trip or will bring their own or whether or not they need to sit at the non-bullying table at lunch. I mean really, what’s next? Dads involved in classroom volunteering and bringing cookies for the bake sale? Ha! I’m sure that will mean cookies with butter, sugar, white flour, and real chocolate chips. We’re doomed.” Karen said, visibly shaking.

This news has rocked schools nationwide and as of the printing of this article, we’ve heard of more than 1,000 schools implementing what’s being dubbed as the D.A.D. initiative – Definitely Add Dad – in their schools.

Most dads we interviewed were on-board with the change.

“It’s about time schools recognize our contribution to parenting goes beyond just making sure the tires are rotated on the minivan that gets our kids to school,” says dad John Mendez. “I can sign permission slips starting immediately and this weekend, my wife and I are sitting down so she can train me on accessing and navigating the schools 16 websites for lunch money, assignments, tardies, absences, teacher communication, grade review, and…well I can’t remember the others but I’m going to learn them. My wife hired a sitter for Sunday so we can spend the whole day getting me trained and set up. I’m excited to be taking a larger role in my daughter’s school life.”

Some dads were confused when asked if they liked the idea of the D.A.D. initiative.

Some of the common questions we heard from dads we questioned from the school were: “The school sends emails? There’s a lunch account? My kids goes on field trips?”

“We plan to hold and all school and all parent assembly later this month to catch dads up on all of these changes and answer any of their questions,” Principal Kluhless said.

Overall, this seems to be a positive step forward for most families. The initiative has even sparked some talk of having dads start tackling things outside of school like doctor and dental appointments and even arranging play dates.

“Things like making lunches and homework help are still a ways off, but this new initiative has me hopeful that soon, dads can be involved in all aspects of their kids’ lives and moms can have a few more minutes in their day for that extra load of laundry,” Principal Kluhless said.

*This is (of course) satire.

Heather LeRoss is the two-time award-winning author of Just Tell Me I’m Pretty: Musings on a Messy Life. Visit HeatherLeRoss.com now and download three FREE chapters of the hilarious book that was dubbed, “Best book I’ve EVER read,” by Heather’s Mom. You can also follow her on Facebook.
PrevPreviousA Hidden Family Destination: Tuckerton Seaport
NextI’m A Pinterest Fail Mom When It Comes to HalloweenNext