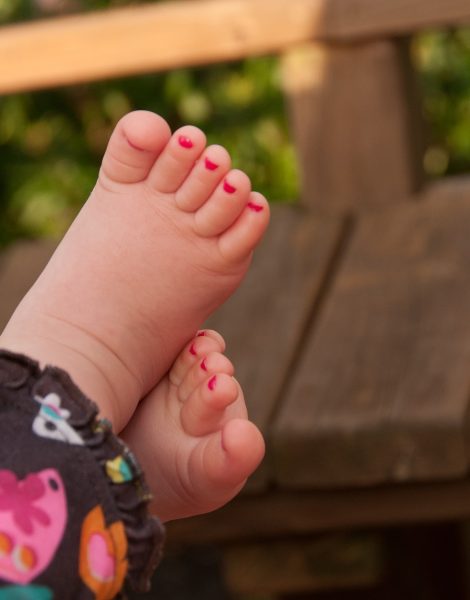 A Boy Who Wears Nail Polish is Just That…

We live in a world where people are trying to break through the gender-norms and stereotypes of what it means to be “boy” or “girl.”

If you post something in a parenting group about a little boy with his nails painted, parents will applaud you.

“This is SO progressive.”

“Who cares about a little boy with nail polish?”

“Let him do what feels right!”

Supportive is the new cool.

Yet, when my trans son walks around with his nails painted it becomes a way for someone to throw gender “confusion” in his face.

Let me be very clear: my son is not confused about his gender.

The only “confusion” here is society’s understanding of what it means to be transgender. Your outward expression doesn’t change how you feel in your head and your heart.

If I share something about my cisgender son putting my high heeled shoes on and prancing around the house it’s “cute” and I’m cool AF for allowing it.

If my transgender son does the same people immediately cry: he is clearly confused, LOOK AT HIM!

If my son puts a headband on his head and declares himself a “princess” then surely he is not really trans. He’s just a misguided little GIRL. Boys don’t like to goof around in dresses or headbands and boys surely don’t like to have their nails painted.

But…don’t they? I thought we were moving to a world where that’s OK?

Since my son socially transitioned it seems as if he’s under a microscope. People are watching and waiting for him to do something “girly” so they can say, “AH-HA! I knew it. No way is he trans and shame on you, mom, for allowing this nonsense.”

Society holds him to a different standard than his male peers and he knows it.

As a result, my son has learned to be careful. He’s opted to reject things that defy the “boy” norm. He refuses to wear a purple shirt if there is even the slightest chance that someone might consider it to be meant for a girl. He won’t even eat off of a pink plate at home because “pink is for girls.”

It’s disheartening, really. As a parent I wanted my kids to grow up with the confidence to be who or what they want to be. I want them to know they never have to prove themselves to me, especially when we are talking about something that is inherently part of them. I wanted my boy to feel comfortable in pink and painting his nails with me, should he want to. And I wanted my daughter to be able to wear a hat and get dirty and play football. If that’s what she wanted.

I expected pushback but even being the supportive and accepting person I’d like to think I am, it is still something that derails you. Even if just for a moment. You’re not sure what to do, where to go, what comes next or who you’re supposed to lean on for support. I am not naïve. I expected that others would have difficulty with understanding and acceptance of my trans son.

One thing I didn’t think was that something as stupid as nail polish would become damning evidence that would be used by the court of public opinion to define my child’s gender identity for him.

Just as much as a little cisgender boy wearing his mom’s heels in the house doesn’t make him gay or trans, a transgender boy is not confused about his gender identity simply because he wants to paint his nails. He is just a little boy that likes shiny, sparkly or colorful things. That allure is not a gender-specific. That’s just kids, folks.

My son may not be confused about his true self, but much of his experiences have caused a lot of confusion for him. Like the concept that there is no such thing as “for girls” or “for boys.” I have pushed and instilled this concept every day of their short little lives, even before my son came out, but for my son, he perceives anything that is considered a “girl” behavior, color or style to SCREAM the exact opposite of the message he is desperately trying to send to the world.

And that message is: I am a boy.

Why is it when my trans child wants to do something like paint his nails he is being scrutinized and dissected? The nail polish and the doll he likes and refuses to stand as “proof” of his confusion where it doesn’t with his male peers. Never mind he has vocalized his feelings and has not wavered since.

Is my makeup, hair or nail polish defining me for onlookers? I sure as hell hope not because I can go weeks without applying so much as a stroke of blush and literal years without any type of nail decor. But I’m not arguing my relationship with womanhood to friends and family, because I’m not transgender. My gender identity was assumed when I was born, and until I claim otherwise, no one would question it.

My son won’t paint his nails anymore because he is afraid people won’t see him as a boy if he does. And the saddest part is, he’s not wrong. And that is just fucked up.

Nicole is a divorced mom of three, Realtor, and an expert procrastinator. She enjoys long walks to the kitchen where she tries to remember what the hell she came in there for in the first place. In her abundant free time she likes to share about parenting, divorce, single motherhood, and her experiences raising a young transgender child on her site, MomTransparenting. Follow her on Facebook, Twitter and Instagram
All Posts
PrevPreviousNo Shame: I Sleep When The Baby Sleeps
NextMaking Room for Someone Else’s BabiesNext