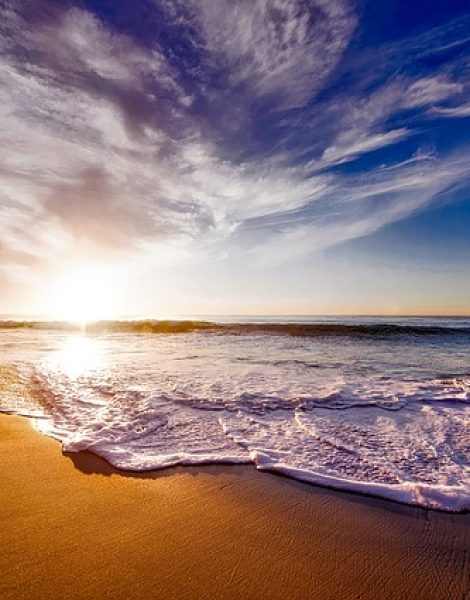 You’re Body Shaming Chrissy Teigen? Give Your Head A Shake.

You’ve seen the tweets … and the memes that followed. Last week, supermodel Chrissy Teigen was photographed with husband John Legend in the background, and he appears to be cringing. If you’re like me, you cringed at the thought that there are actual people in the world that had the nerve to slam a SUPER MODEL for her body in a photo taken while on vacation in a bathing suit.

I can’t imagine a dimensional plane of being where I would perceive my own body as so perfect that I had the right to shame anyone else for theirs, ever. Better yet someone whose job once revolves around their physical appearance being the idolization of what the general public would consider #lifegoals.

And I’ll be damned if Chrissy herself didn’t get right up on that shit (and rightfully so).

everyone so used to ass shots and photoshopped instagrams. I’ve had no ass forever – is this new news to some of you? https://t.co/NbOkyQ0IJZ

Sure, she’s had a couple kids and SURE, she may be a little heavier than she was before, but she sure as shit still looks incredible and even if she didn’t…who the fuck am I to claim otherwise?

The memes are horrendous jokes about her husband’s face staring at her ass, or “lack of” according to many of the ruthless internet commentators, with a look.

I’ll let you decide what kind of meaning to assign to his guise. According to amateur meme-makers around the world, he was so disgusted by his own wife’s ass that his he just couldn’t hold back his outward expression. That’s right, John Legend plastered all of those deep-seated, negative feelings right onto his face for his wife, and the rest of the world, to see {insert distasteful joke here}.

The dude married a model and then followed that up with two angelic, adorable kids. I have a small inkling that he may have seen her ass once or twice before (likely even without the bathing suit). I might get a little crazy with an outlandish claim that he may even actually like her ass, considering we all know by now that it ain’t storks delivering babies on our doorsteps.

Let’s get back to the bigger issue at hand. Chrissy Teigan is a freakin superhero. That woman could literally write the bible on badassery and I would sleep with that damn handbook under my pillow every night and carry it around like my toddler carried a lovey with her everywhere she went. Instead, she wrote the second-best things, cookbooks, and I sleep with those (for now).

Chrissy’s open and honest Twitter feed gives me all the feels, all the time. And if I’m not all up in feelings, I’m laughing my ass off in the best, most relatable ways possible because she’s an “every mom” of parenting GOLD.

Nobody has seen me as a mom of young kids like Chrissy Teigan and her tweets about what it’s like raising babies.

But that’s not the point here. The point is, THIS is the reason women like me and others with “normal” lives and “average” bodies start to pick away at our self-image slowly but surely over time until we are left with a big giant scabbed up, anxiety riddled ego that is hyper-focused on EVERY. SINGLE. “FLAWED.” DETAIL. Because if a fucking supermodel can get shamed like that on Twitter, then I don’t stand a chance.

THIS is the problem, folks. So, she has “no ass?” Okay? I seem to be missing the major malfunction that has been implied by this. I have three chins and nothing but bags under my eyes, what does that say about me?

So, they caught a photo at an inopportune time and her husband happened to have a weird look on his face…maybe it’s far fetched but I dunno…maybe he got chlorine in his eye? Have you ever sat in a hot tub? Steam in my eyeball alone is enough to make me ugly cry. But bleach-like chemical-laced steam is NO. JOKE. It’s like getting sprayed with lemon juice straight into your cornea except your body is super relaxed and warm so you, know, you’ll be okay…eventually.

Clearly, the more rational conclusion here is that John is likely super grossed out by his wife’s bathing suit-wearing, ass-lacking body and just doesn’t care who sees it. (Insert sarcasm font.)

That’s definitely the logical route we should take through this shit show because body-shaming is cool, yo! Even cooler when it’s your own spouse chipping away at your self-image, one disgusted look at a time.

I appreciate Chrissy’s quick wit and ability to let nasty things of this nature roll of her back while she claps back with ZERO FUCKS like. she. should. But I’d be lying if I didn’t admit that I hate that she even had to do that.

As a society, when we make jokes that stem from situations like this, we are screaming out that if your body is not 100% perfect, chiseled, fit, active, wrinkle-free or looking bangin’ in a bathing suit, you’re simply not good enough.

And that is a load of crap. When we body shame any ONE woman, it shames ALL women because the message that gets sent out into the world for women to see and internalize is that this is a problem, and if you have this same body trait (or other, more obvious and less former model-esk attributes) you have a problem too. Except, as an everyday schmoe, your problem feels a lot worse because you don’t have the yacht, jacuzzi, or Grammy-nominated husband to go along with the distasteful joke.

Making this image and this tweet into a canvas to be spread on the interwebs, whether the joke is relative or not, is feeding into the PROBLEM. And, honestly, the only real problem I see here is not an example of a woman’s ass size or the look on her husband’s face.

The problem here is that an image that blatantly promoted body shaming went rampant on the internet in the first place. Let’s do better. BE better.

I don’t know about you, but in the image put on display, Chrissy Teigan was holding her son. I hope I’m sending my sons a much different message than the one that child is going to see in the future when he googles himself and stumbles on that.

Nicole is a divorced mom of three, Realtor, and an expert procrastinator. She enjoys long walks to the kitchen where she tries to remember what the hell she came in there for in the first place. In her abundant free time she likes to share about parenting, divorce, single motherhood, and her experiences raising a young transgender child on her site, MomTransparenting. Follow her on Facebook, Twitter and Instagram
All Posts
PrevPreviousI Just Made the Last Preschool Payment…I Should Be Happy
NextSummer Survival Guide: Backyard ToysNext