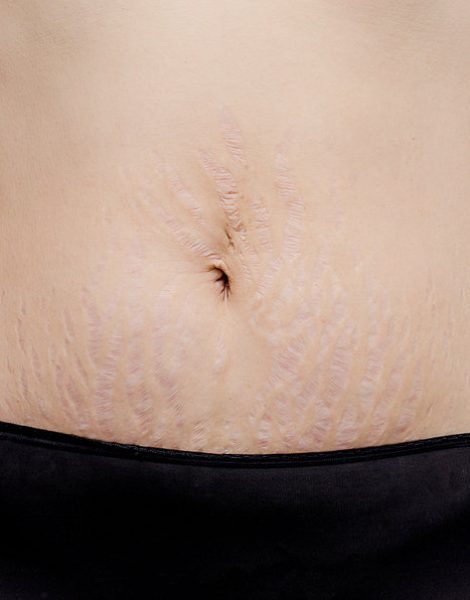 The Luxury Of Not Giving A Damn

In my relatively firm 20s, I wasn’t one to spend hours at the gym and then stare at my naked body in the mirror looking for “problem areas.” Not that I don’t have them. I’ve always had a bit of a Buddha belly, thick thighs, wobbly upper arms. For as long as I can remember, my breasts have been asymmetrical and pendulous. Never would my general physique have been described as fit, nor lithe, and certainly not bangin’.

I’ve never had an amazing body nor a stunning face. Thanks to growing up with three brothers, I‘ve had the luxury of never really pining for those things either. In fact, I’ve come to see being average as a gift.

Because my body—this body—did what I needed it to do.

Its length allowed me to dominate the net in competitive tennis matches. Its energy kept me awake long enough to finish my thesis mere hours before the deadline. Its strength hauled all my belongings up three flights of stairs at 3 a.m. to my first New York City apartment. Its resilience has bested the common cold, surgery and cancer. Because I am free not to obsess over its aesthetic shortcomings, I can celebrate its usefulness.

I’ve never spent hours on my hair or makeup. Even on my wedding day, I spent under two hours from shower to aisle. The unaltered dress that hung from my broad shoulders cost less than $100. Rather than hire a photographer with soft filters and a thick resume, I asked a co-worker, best known for his quasi-pornographic work with heavily tattooed models, to treat the event like a bawdy rock show rather than a stately ceremony.

When I look back at those photos, I notice my upper arms spread unflatteringly where the flesh compresses against my husband’s. But in the next picture, those deceptively strong arms, with the help of my brothers, are holding my laughing husband aloft. Rather than being consumed by holding this average body in the most flattering way possible for those photos, I enjoyed my cake and danced until these thick thighs could no longer hold me.

When I found myself pregnant, everyone warned of the imminent decline of my body. “Use loads of lotion to prevent stretch marks. Don’t gain more than 15 pounds or you’ll never lose it. Enjoy that thick hair and those firm boobs now. Your lady garden is about to be rototilled.”

And here I sit, two C-sections, 70 pregnancy pounds and 35 months of breastfeeding later. Little has changed. Eyeliner and powder are as close to “made-up” as I get. My belly still isn’t flat. The quiver of each upper arm endures. My thighs remain thick. The only thing bangin’ on this bod these days is my forehead onto the oatmeal-encrusted dining table when my kid refuses to eat the chicken nuggets he begged for merely 20 minutes earlier.

But my body still does what I need it to.

I may not be able to hold my tongue, but I can hold a 35-pound child in my left arm and a 25-pound child in the other while toting a diaper bag loaded with 16 ounces of milk, a pound of grapes and two large bottles of Mr. Bubbles. I can carry a balance bicycle and a toddler while pulling a wagon full of groceries uphill. I can leg-press said 35-pound child while he holds our 15-pound cat prisoner on his “airplane.”

So my belly wasn’t taut and lean before babies? It still isn’t. I’ve lost nothing. Yes, I shower less often and my makeup routine is even sparser than it once was, but I can’t say I miss those things. There’s no reason to miss my pre-baby body. As far as I can tell, I still have it.

It’s a gift not to give a damn how my body and face compares to others.

To any woman considering procreation, I encourage you to accept your averageness. If your hair wasn’t thick and shiny before the epic hormonal shift of pregnancy, it won’t be any more so on the other side. If you’ve never had the type of breasts that mocked gravity with only a thin layer of cotton between them and the world, you won’t be shocked to find you still need a bra after producing (and extracting) approximately 224 gallons of milk.

Let it all go, and marvel at the gifts your body has given you. Because you’re about to become a mother. Your body will do what you need it to. There’s nothing average about that.

This post originally appeared on ScaryMommy. Reprinted with permission.

A member of the Liberal Elite herself, Elly is still recovering from growing up in a Red State. Born and raised in North Carolina, she moved to Manhattan for graduate school and to pursue a career in the music business. Weary from consistent marginalization by the patriarchy, she left both the industry and NYC, opting to work for a not-for-profit and moving to the suburbs of Jersey where living near a Superfund site promptly gave her cancer. Once in remission, she read far too many self-help books, learned to embrace life and abandoned her previous career to write and procreate. For more information visit EllyLonon.com. You can find her on Facebook and Twitter or catch her Ukelele Fridays on YouTube.
All Posts
PrevPreviousIt’s Not My Job to Make Your Childhood Magical
NextFrazzled Mom vs #TheRightSeatNext