The Reality Moms Big Mother House started in 2016 with the goal of putting her oxygen mask on first, bringing together beautiful faces in beautiful places! Some of our favorite #RealityMoms join us to relax and renew on islands, mountains, land and sea.

The Reality Moms Big Mother House and a house full of funny moms are taking the #OneMillionLaughs challenge powered by The Op Games | usaopoly games during the Chicago Toy and Game Fair November 22-24 at Navy Pier.

The Chicago Big Mother House will be full of influential women ready slay all day, find time to play and not be bothered for a snack or dirty gym clothes. These amazing house guests get as real as one mom can be on topics around health, wealth, mind/body, spirit and soul. Toss in some really random awesome experiences? It’s the new tribe.

When we hit One Million Laughs, The Op Games | usaopoly and Reality Moms will donate a “BIG Box of Awesome” to a Chicago area community center in need. The goal of #OneMillionLaughs is to bring one million laughs to families across the U.S. through laughter and play with The Op Games | usaopoly games. Want to learn more? Check out ONEMILLIONLAUGHS.GAMES.

Wanna win a REALITY MOMS “BIG BOX OF AWESOME” filled with games from The Op Games? Get in on the action by following along with #OneMillionLaughs, @TheOpGames and @RealityMoms on Facebook!

Mamas in the House! 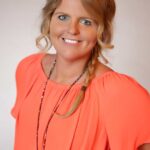 After nearly two decades as a radio & tv host in Chicago and Philadelphia, RealityMoms founder Joey Fortman dropped the microphone and picked up the mother of all megaphones. Motherhood! As mom to boys Boston and Hudson and wife to a sports-obsessed husband, Joey and her family moved from Philly to San Francisco where she shares life as a real mom in the media. Reality Moms was born in 2016 to open up the curtain on the realities of motherhood. The good, the bad and the funny. From magazines like Redbook, Glamour, Good Housekeeping and Parenting, nationally syndicated shows the Today Show, Dr. Oz, Anderson, Good Morning America, to the streets of San Francisco. Catch her colorful California life love of hip-hop dancing at #RealityMomsDANCE! 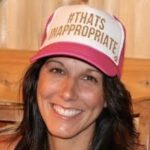 Meredith Masony is the hysterical mom and founder of That’s Inappropriate and Filter-Free Parents, two of the most popular parenting blogs on the web. With more than 400K visitors each month, nearly 3 million Facebook and over 250,000 Instagram followers, Meredith is clearly not alone in her perspective to parenting! Started in 2014 as an innocent and humorous way to chronicle Meredith’s chaotic days as a working mom, child wrangler, and busy wife, That’s Inappropriate has transformed into a massive dynamic community of millions of parents, brought together by one common theme: Parenting, marriage, and life, in general, doesn’t have to be and rarely is perfect. 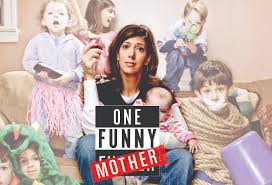 Dena Blizzard is One Funny Mother, as known as the “Target mom” from her Back to School Rant (150 Million views) and Chardonnay Go (24 Million views) viral videos. She is a comedian and mother of three who’s written and starred in her Off-Broadway show, created “Chardonnay Go, The Board Game for Wine Lovers, Moms and Other Shameless People” and was a LIVE with Kelly Top 5 Co-Host Winner. Did we mention she was the comedian warmup for The Nate Berkus and Anderson Cooper shows? Dena hates doing dishes but enjoys eating gluten-free lasagna. 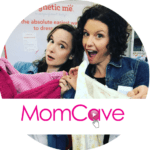 Meet Jennifer Weedon Palazzo and Dina Drew Duva, the mamas behind MomCave! They, along with some very funny and creative friends, produce comedic videos for moms and host a thriving online community, including regular live interactive videos on Facebook. MomCave’s videos (Slacker Mom, Slummy Mummy, and more) have been honored in film festivals and awards shows. Their live show, MomCave LIVE, was nominated for an IAWTV (International Academy of Web TV) Award for Best Live Series. Jen and and Dina were nominated for Best Comedic Duo for the Whohaha Female Comedy Awards and were selected for YouTube and Whohaha’s Women in Comedy Initiative. Their “Married Mom’s Message to Single Moms” went viral worldwide, with coverage in US Weekly, Global News and more. 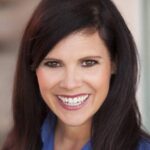 Hollie Schultz is the most recognized baby gear expert in the country with her video reviews generating over 25 million views on YouTube alone. This “spokes-mom” has been featured on ABC, NBC, CBS, and WGN. This mother of three is the founder and President of The Baby Gizmo Company, one of the most popular parent resource sites in the world. Baby Gizmo focuses on reviews, product videos, kid-friendly recipes and travel. When not testing strollers on her stroller obstacle course, you might find her exploring a new family-friendly travel destination or whipping up something fantastic in the kitchen. 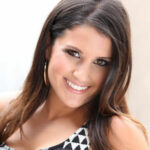 From being a member of the Street Team to hosting her own midday show on KIIS-FM for nearly a decade, Sisanie’s hard work paid off when in 2016, she joined the syndicated “On-Air with Ryan Seacrest” as Ryan’s co-host. She is well-respected by peers in the industry and continues to win the hearts of millions of loyal national listeners every day with her witty personality and transparent approach to broadcasting. 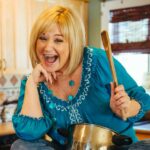 As a mother of two with a special needs son, Kathy Chlan of Unfiltered Kathy knows what it’s like to have a family that doesn’t fit the mold. Now that her children are all out of the house, she’s a woman with new priorities: she’s trying to find herself in her next chapter of laughter. Check out her book, Maternally Challenged, about the many curveballs life has thrown her way.

Lola Marguerita from Live by Surprise and Joy Hedding from Evil Joy Speaks are Head of Household and House Manager. Lola has been with Reality Moms since the start. Let’s just say she runs the joint. Lola will keep our household on task and makes sure we have all the info we need in creating a special experience both in the house, for the “key” sponsor and the house guests along the way. Joy is just that. A JOY to be around! Joy makes sure we have coffee, creamer, sugar. What else could you need? Actually, Joy will keep us on time in the Big Mother House. She holds the “clipboard of fun” and is the go-to for anything you may need in the house. Psst. She stocks the wine.