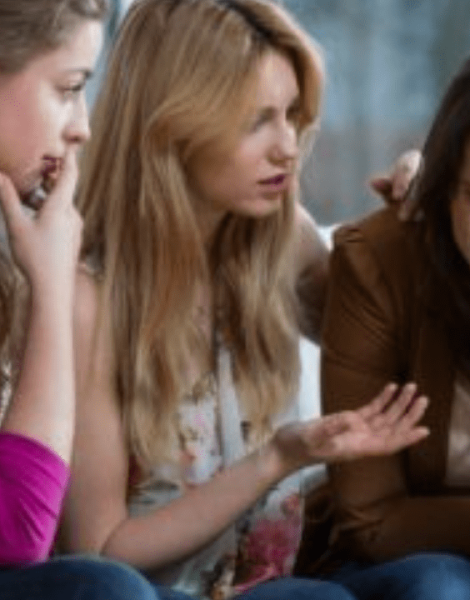 5 Things I Learned Supporting My Best Friend Through Divorce

My best friend of a decade is going through a divorce. She has three young children and ending the marriage was not her choice. She is a woman who is strong, brave, and who puts the well-being of her children first. I am constantly amazed by her. I want to punch her ex in the face, but she can be friendly with him, involves him in the important events, and even has family meals with him. It’s impressive.

However, as I look at her, being strong and mature, I also want her to know that she doesn’t have to be that way all the time. That she can break down, and feel sad, and that she’s allowed to feel however she feels.

Supporting my best friend through her divorce has been hard for me. No, this isn’t about me, but I’ve struggled because I don’t always know what to say or do and because I can’t be there for her as much as I want. As a friend, I want to be a good friend to her, and when I feel as if that’s not happening like I could be doing more, I feel bad. I have young children too, and a schedule that doesn’t allow me to help much. Case in point, when we go to dinner, it’s the two of us and five kids. It’s slightly chaotic and while it’s fun and a distraction, I always feel like my support isn’t enough.

But you know what?

I love my friend, and this is what I’ve learned while supporting my friend through her divorce.

Sometimes you need to jump in and help out

My friend is strong. She, like many of us, will say “no” to extra help. I learned she was falling behind with keeping things going at home and she was feeling stressed. The stars aligned and I was available. I told her I was coming over and that I’d watch her kids, or I’d clean while she played with them. I didn’t care. I just wanted to help. She said no—she’d be home late. I said late was fine and I’d be there fifteen minutes after she got home. We cleaned, listened to music, and folded laundry (with a cocktail). While emotional support is important, physical, task-based help can’t be overlooked.

She needs to be reminded that her feelings are okay

I can’t even imagine what she’s going through. And, because she’s a woman who can manage her emotions well and keep it together, I think she feels extra bad when those negative thoughts and feelings creep in; like she should be able to handle the situation without feeling that way. I always tell her she’s entitled to her feelings, whatever they are; she’s thanked me for reminding her of that.

She doesn’t always want to talk about the divorce

I need to remind myself of this. Though this is not our number one point of conversation, I often want to check in: to see how she’s doing, but also how it’s progressing. Sometimes I should just stop. She’ll let me know how it’s going. I can ask how she’s doing, and that can be it.

Dating is good for her: support it

As long as she’s not putting herself in danger, it’s all good. Let her enjoy dating, live vicariously through her, and remind her that it’s okay to have fun. Remember what it was like to be dating all those years ago: they don’t have to be “Mr. Right.” She’s used to being in a relationship; you’ll need to help her recalibrate. And to tell her that “No, it’s not normal that he starts talking about sex right away; you should probably block that one.”

You need to tell her that she’s a great friend

The last thing I want is for my friend to worry about being a good friend to me. But guess what? She does. She sees me trying to be there for her, she doesn’t want our friendship to feel one-sided, and she wants me to know she cares. She wants to show that even with all of this going on, that she’s here for me. I know she is. And I also don’t want her to worry about it- to worry about me. So, I tell her she’s a great friend. And if I haven’t said it, I just sent her a text to tell her.

Everyone is different, and if your friend is going through a divorce, her situation will not be the same as my friend’s. But I’d bet that at least three of the things I’ve learned will apply in your friendship as well.

Do you have a friend going through a divorce? What have you learned that might help us out?

This generous #RealityMom or #RealityDad has shared their wisdom with us.
All Posts
PrevPreviousI Thought I Wasn’t Like the Rest…
NextEach Year, When She Goes to School, I Am THAT MomNext