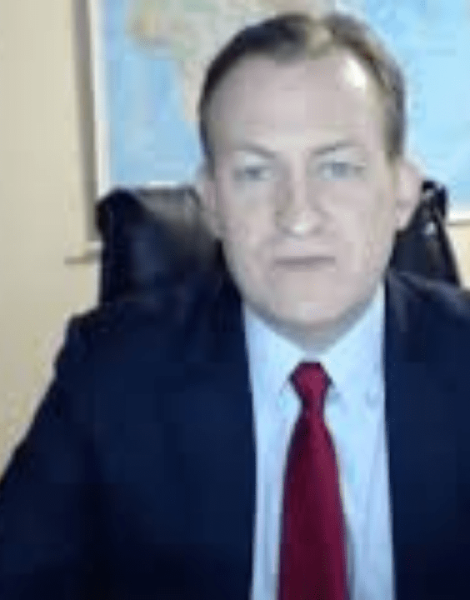 BBC Dad: Why is Parenthood Considered at Odds with Professionalism?

Much had been made of the scene depicted on the BBC video of an interview with Robert Kelly. Speculation about how Robert pushes his daughter away, without even looking at her. Why doesn’t he just pick up the child? Or politely tell the interviewer, “Excuse me,” and direct the child to leave. And why is the wife so panicked? Her demeanor of terror suggested to some that she was the hired help, instead of the mother of the interrupting munchkins.

I’m sure in hindsight, he wishes he would have handled it differently, made a witty remark about work-at-home parents and self-assuredly ushered the children out himself, all the while continuing to lecture on international relations.

After laughing myself at the absurdity of the scene and Robert’s embarrassment, I came to a secondary reaction.

WHY WAS HE SO EMBARRASSED?

I’m guessing Kelly was humiliated that his family crashed his BBC interview. He was terrified of being perceived as unprofessional because of the interruption. He worked hard to become a professor, a pundit on international relations. He doesn’t want to be taken less seriously because he literally has to phone in an interview and hope his children don’t invade.

Why are parenthood and professionalism so often at odds? In the almost seven years that I’ve been a parent myself, I’ve struggled with this dynamic. Having to call in sick because your baby is puking or your sitter didn’t show. Hearing whines and whoops as the soundtrack during business calls. These sorts of things are highly frowned upon in the business world.

If you ask me, (yeah, I know, you didn’t) that’s bull$hit. I’m pretty sure cursing is perceived as unprofessional as well but bull$hit is the best word I can think of to describe it.

If a person, man or woman, can perform their professional duties, while simultaneously keeping one or more human beings alive, that person should be viewed as the opposite of unprofessional. I know my single and/or childless friends are going to hate this, but given two prospective applicants who have the same qualifications for a position, but one is a parent and one isn’t…. I can’t help but think that breeder really has his/her shit together. Just by nature of being a parent, one has to become much more time efficient, adept at multi-tasking, and flexible as circumstances change. Arranging childcare alone is a major accomplishment.

Parent and professional should not be titles at odds with each other, and I’m doing my little bit to change that. So if during a Skype meeting, I raise the camera angle, yup, I’m probably breastfeeding. And if you get an email from me at 11:30 pm, it’s because I have to fit work in when my kids are asleep. And if there’s a little bit of pureed apple on my blouse in the morning, just know I was able to feed, dress, and get two wiggly whiny kids out of the door in the morning, all while reviewing talking points for our meeting.

Because I’m a mom. And being a mom is the most badass position I’ve ever held.

This post originally appeared on MomCaveTV. It has been reprinted with permission.

Jennifer Weedon Palazzo is the creator/writer/and producer of Mom Cave TV, an online network of comedy shows for moms including Slummy Mummy, Double Leche, Blabbermom, and MomCave LIVE. She’s a working actress in NYC who has appeared in films, commercials, and some very off-off Broadway plays. When she’s not writing about the funny side of being a mom (for blogs like Scary Mommy, Huffington Post, and Mamalode) Jennifer can be found eating Reese’s Cups while furiously bidding on vintage clothing on eBay. She lives in Manhattan with her husband, Evan, bandleader of The Hot Sardines and their son. You can find MomCaveTV on Facebook and Twitter.

This #RealityMom or #RealityDad has graciously agreed to share her word baby with our site and we are eternally grateful.
All Posts
PrevPreviousBabies Provide a Horrible ROI
Next#ManCrushMonday: Urban Realtor, Naveen!Next