Barbie Gets Real: Sheroes, #MoreRoleModels, a Trio of Inspiring Women 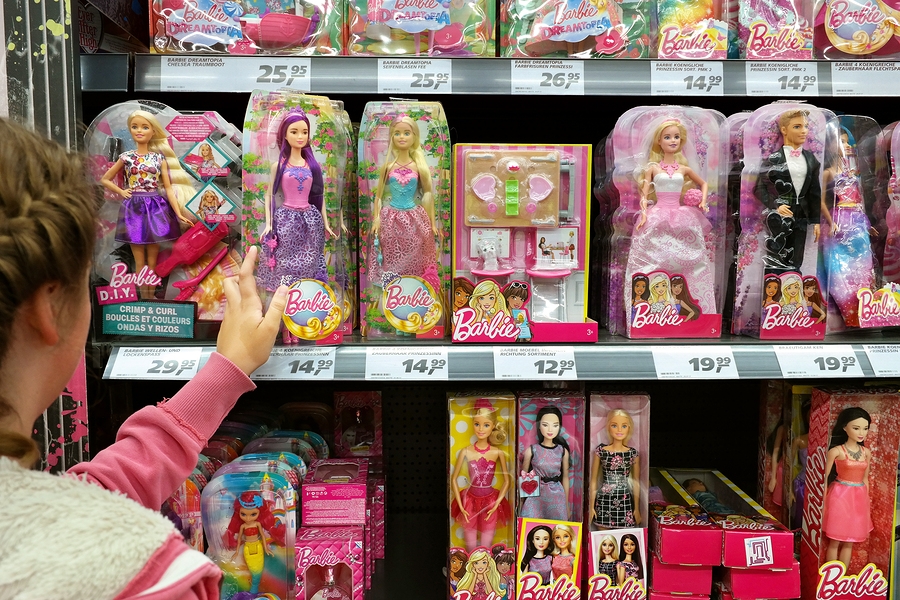 In recent years Barbie has been all about dolls made to represent badass females. I'm not just talking about Wonder Woman and Rey, or the gorgeous new collectible series from A Wrinkle in Time, either.

Remember that GE commercial from 2017 that imagined a world where an award-winning female scientist was the ultimate role model for young girls? The ad, featuring Millie Dresselhaus, was part of their #BalanceTheEquation campaign and highlighted the company’s goal to see 20,000 women in technical positions at GE by 2020. While that was a great conversation starter about ways to encourage girls’ interest toward STEM, GE may not have been too bold to imagine a Millie Barbie doll.

In fact, in recent years Barbie has been all about dolls made to represent badass females. I’m not just talking about Wonder Woman and Rey, or the gorgeous new collectible series from A Wrinkle in Time, either.

Each year since 2015 Mattel, toy maker of the once-ubiquitous doll, has selected a group of real women to receive their highest honor: a one-of-a-kind doll created in the likeness of these Barbie Sheroes. For a brand which has seen its share of criticism for promoting an unattainable image, the Barbie Shero program aims to celebrate women whose accomplishments have expanded the possibilities for girls. Previous honorees have included Ashley Graham, model and body activist, Misty Copeland, ballerina, and Ibtihaj Muhammad, Olympic fencing champion.

Unfortunately, most of these Shero dolls never make it into production. Nevertheless, in years past the buzz around given Shero dolls did lead Mattel to release at least four of the dolls for general sale, most recently the Olympic gymnast and 2016 Shero Gabby Douglas. 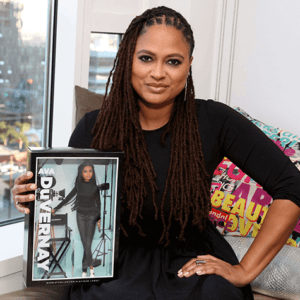 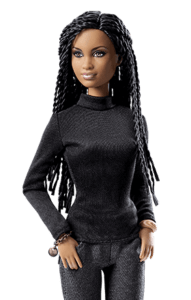 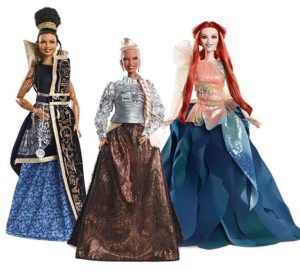 Fun fact, AVA DUVERNAY, the American film director of A Wrinkle In Time was honored in 2015 with a Barbie Shero. Put into production because of the overwhelming public demand, it then sold out within hours of it being released on the website! #RealityMoms reached out to Mattel to ask if they were planning to re-release the Duvernay doll to go along with the new Wrinkle dolls modeled after Mindy, Reese, and Oprah—they have not returned our email.

When Barbie announced the 14 Shero Honorees for 2018*, they also introduced a new line of historical dolls: the Barbie Inspiring Women Series**. While much attention has been given to the three historical women selected, the announcement had a few other tidbits that have mostly been overlooked.

In addition, the brand’s website includes a dedicated page devoted to Barbie Role Models. Here, fans of the doll, as well as parents who are looking for something a bit more grounded than the latest Dream House, can find short bios of the modern-day Sheroes, and of course those three historical women, Amelia Earhart, Frida Kaho, and Katherine Johnson.

Below the biographies, there is a link for Activity Sheets celebrating role models. These activities go beyond coloring or mazes, with well-crafted profiles and thought-provoking questions about each of the Inspiring Women.

Finally, Barbie is “sparking a global call to action” by asking their fans to share stories and images of the women who inspire them using #MoreRoleModels on social media. How much do you love this idea? I can’t wait to see all the amazing women who make every day a little brighter and rock our socks off.

Help us celebrate these everyday role models! If you share a story using #MoreRoleModels, consider adding #RealityMoms! Let’s all help shine the light on women everywhere—because we are all doing extraordinary things.

Shout out to all the 2018 Barbie Sheroes*

PrevPreviousSchool Sees The Light (After Students Organize Petition)
NextForget Forty Bags in Forty Days: What If I Told You That You Never Had To Declutter Again?Next
On Key

Some of my best friends are people I’ve never met. I don’t mean that in a “strangers are just friends you haven’t made yet” sort of way. They’re from the internet. END_OF_DOCUMENT_TOKEN_TO_BE_REPLACED

We may have been safe, but we were not unscathed. I felt the potential catastrophes around each corner. And in the shadows lurked the great What Ifs. The Could Have Beens packed themselves into each crack of my surface. END_OF_DOCUMENT_TOKEN_TO_BE_REPLACED

I stood among the rubble after a particularly bad explosion and screamed in my head, “HOW MUCH LONGER DO I HAVE TO PUT UP WITH THIS?” END_OF_DOCUMENT_TOKEN_TO_BE_REPLACED

Bullying. The not so last frontier of childhood. Despite the passing of decades, it is one piece of childhood that refuses to go away. END_OF_DOCUMENT_TOKEN_TO_BE_REPLACED