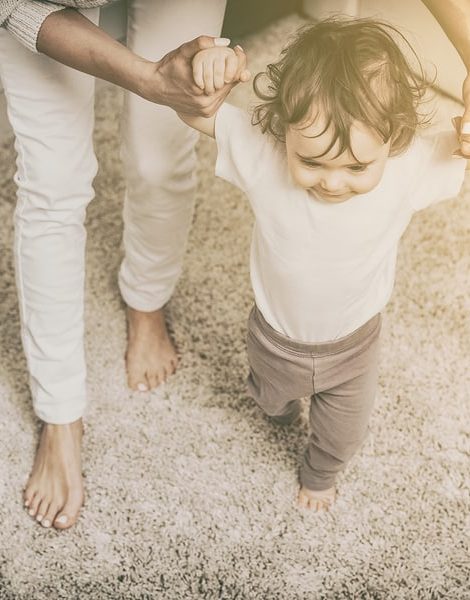 Please, Stop Asking “Are You Going Back To Work?”

After what felt like a short maternity leave with my son (or as we American women know it “short-term disability”), I went back to working in my office job. I was fortunate enough to be allowed to telecommute two days a week. Still, I spent lots of time in the car, shuttling my baby to daycare in the morning, then driving over an hour away to work. My son was in care all day until my husband would retrieve him on his way home from work and take him home via the bus. We only had one day a week together as a family, and we spent it at the laundromat followed by grocery shopping. There was never a day off. It was exhausting for all of us.

Less than a year later we found out I was pregnant with our daughter. My husband and I were overjoyed…and overwhelmed.

The questions were endless: How on earth were we going to juggle this work/daycare routine with two small children and only one car? Could we afford to have two kids in diapers in daycare for four days a week? Could we afford to pay for the costs of my commute? We spent hours crunching numbers, working on budgets, discussing the logistics.

This continued while I was on maternity leave with our daughter, both of us feeling stretched thin. There was a song by The Script which was popular at the time with the lyrics: “Oh these times are hard, yeah they’re making us crazy…don’t give up on me baby.” Every time I heard it I would silently cry, praying we’d find our way through.

Just when we thought we had figured out some solutions, I was informed the company was no longer allowing me to routinely work from home. Not two days a week, not one, not at all. And that was the end of that. Instead of returning to an office I formalized my position as “Stay At Home Mommy”.

The questions started as soon as I took the baby in to meet my co-workers and packed up my things.

“Do you think you’ll return to work once your son goes to school? Or will you wait for both to be in school?”

The answer I gave was the only one I ever had, “I have no clue. That’s an awfully long time from now.”

The incredible writer, Toni Hammer hit the nail on the head with her post a few weeks back. But as we all know, being a parent is a tough gig and being the at-home-all-day parent isn’t easier, it’s just different. Now that both kids are in school it’s not easier, it’s just different. I have a kidless window in which to accomplish things, yes. I have 6 hours a day, so 30 hours a week.

“Are you going to go back to work once your kids are in school? You won’t have any reason to stay home anymore.”

Serendipity Indigo is the self-proclaimed Queen of Silver Linings. She frequently writes about the struggle to find the bright side on her blog Mother of Serendipity. Although raised a military brat, she's called New York City home for the last 16 years. Now a wife & stay at home mother to her two young Rebels she can be found ranting, raving, looking for unexpected treasures, and committing random acts of photography. Most of this randomness is shared on her Facebook, Twitter, Instagram, Pinterest, and whatever other social medias the kids are into these days.
All Posts
PrevPreviousThe Reason Grief Feels Eternal
Next#RealityMomsGIVE – Military Mom Salute at the Tuckerton SeaportNext