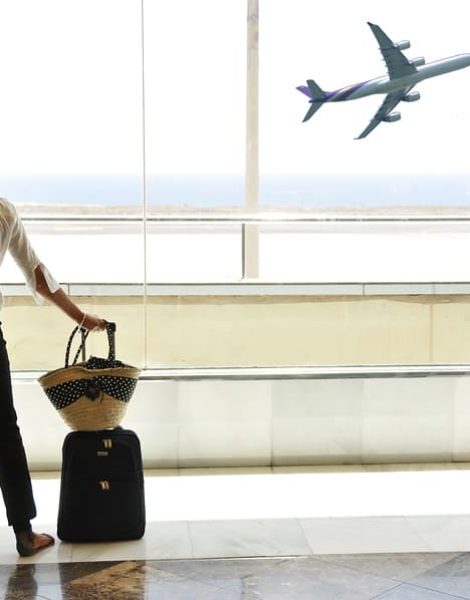 Finding the Pathway to #Reality

One day I found myself sobbing, bitterly disappointed, and unable to see what would happen next. The reason for the outburst is genuinely irrelevant, because after a few minutes the storm passed.

As is my way, I tried to look for the silver lining in what seemed like a stormy sky. In that moment this #QueenOfSilverLinings realized I wasn’t seeing anything clearly at all.

My situation was less like the sky and a whole lot more like navigating a transportation hub.

Let’s say you find yourself in an airport. You’re schlepping along down the corridor with all your gear, and it’s a pain, right? Maybe you are struggling a bit, juggling all your gear and whatnot, but you’re getting there.

The gate is down this hall and you have forward motion.

Then you see a series of those moving pathways: you’re psyched. This is what you needed!!

Now you hadn’t been wishing for them, per se, but as long as they are there, why not try it out!?

So you shift over, jump on, and now you’re walking while the path is moving underneath your feet. Sure enough, it’s a little easier and certainly a bit faster. Naturally, you’re totally on board with this new way to get to where you’re headed.

Then you reach the end of that pathway and you stumble and maybe even lose all your stuff for a minute. You have to stop, put yourself back together and start walking down the corridor the same old traditional way you had been.

Now, maybe when you see the next pathway you need to think about it. Upon reflection you decide the time saved was worth that stumble. You know how to handle that exit, so you’ll be prepared this time. You’ve readied yourself to jump on that moving pathway.

Only when you reach it, it’s blocked off. Broken. You CANNOT go that way.

Once again, you just stop. Maybe you drop everything again. Because now you were all prepared to go that way. You had accepted that was the path you were supposed to take.

Although you had never imagined that pathway might appear when you started down this hall, at this point when you can’t go that way, you are genuinely disappointed. Maybe you’re even a little angry. Because of your expectation that those moving pathways would be the way you’d navigate this hallway, you now feel defeated.

And it actually takes a few minutes before your brain comes around to the fact that there is nothing wrong with how you were moving toward your gate to begin with.

The fact is the goal is still reachable; the only thing keeping you from getting to the gate is YOU.

If you stop worrying about the path you can’t take and focus on how you can move ahead.

A version of this post originally appeared on Mother of Serendipity. Reprinted with permission.

Serendipity Indigo is the self-proclaimed Queen of Silver Linings. She frequently writes about the struggle to find the bright side on her blog Mother of Serendipity. Although raised a military brat, she's called New York City home for the last 16 years. Now a wife & stay at home mother to her two young Rebels she can be found ranting, raving, looking for unexpected treasures, and committing random acts of photography. Most of this randomness is shared on her Facebook, Twitter, Instagram, Pinterest, and whatever other social medias the kids are into these days.
All Posts
PrevPreviousBehind the Facade: Depression and Me
Next#RealityCheck! Child Passenger Safety WeekNext