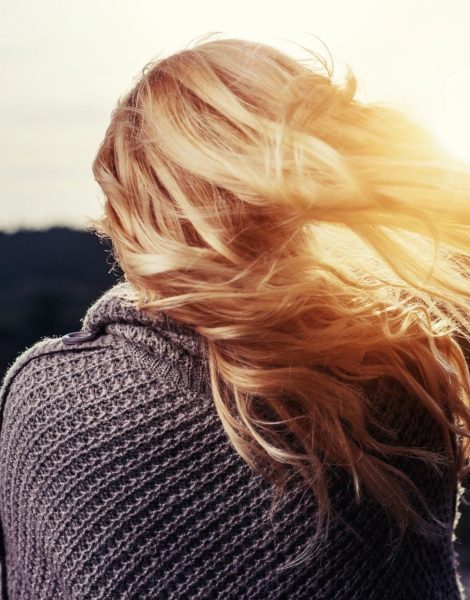 A Bad Mother’s Day from a Real Good Mom

I really don’t have a problem saying this.

My Mother’s Day was one of my worst days ever. No, no one was hurt. (Physically at least.) No one was sick. I have two kids, a husband, a dog, a house and a life. But that doesn’t diminish the pain I feel reflecting on a day that I deserve from creating human beings.

You see, I am well aware that I am blessed with many things. A husband. Healthy kids. A beautiful life. But that does not take away what the sadness did to me yesterday. I know I just said that but I can hear the mom shaming now. Even on Mother’s Day.

I thought that I’d wake up and the day would be floating on a motherly cloud. Only to wake up to two slices of french toast (the end slices of the loaf at that), a five year old disappointed with having to stay off video games for the day, baseball practice and kids with no interest in spending the day with ME. A family that has other things more important on Mother’s Day.

Ok fine. I did mention that I didn’t want breakfast in bed. My point in that was because I didn’t want to have to clean up the dishes. My husband loves to cook eggs in a skillet that I always end up cleaning and putting away. It drives me crazy. The ONE thing the man cooks and he can’t clean his own pan and put it away? His idea is sitting it in the sink with soapy water waiting for me to do the rest. Did that happen? Yep. I cleaned the skillet that he cooked his eggs and french toast in.

Ok. So the thought counts, right? Not when it is nothing near what I had asked for. I asked my boys for one day to put the toilet seat down and flush. I absolutely can’t stand that. It’s so disrespectful and disgusting! Not to mention about as lazy as one can get. Did that happen? Nope.

I asked for one day that sports were not even an issue. I didn’t even want to know whether or not there was a game. I didn’t want it even MENTIONED. Did I think that I would be steamrolled into allowing a practice to ruin the day smack dab in the middle of it? Nope. I actually thought the practice would be skipped until my husband slipped it in the conversations twenty times only after saying that it was wrong to have practice on Mother’s Day. If you say that – then mention it repeatedly after already informing me that it was not an issue? Then don’t bring it up again!

I asked to go to church. But considering my kids whine about everything? I didn’t want to take them to a new church that they don’t like only to hear them complain. Did I get to church? Nope. However, I did pray when I was on Angel Island all alone that I would miss my ferry back and be lost in the wilderness there. With no responsibilities other than keeping myself alive.

I asked my husband years ago that if he gifts me with professional pictures then to please make sure I’m in them too. In 2014 he spent a ton of money on professional pics and when he gave it to me I felt sad. To get a pic of your husband and kids and not you? Feels like a slap in the face. Another selfish “hey look at how important we are” moment. Not exactly a ‘look how important you are’ moment in any way, shape or form.

Hi. My tangible gift? Two giant framed 8×10 pics of my boys and husband from a professional photographer. Yeah. So nice to know I was heard four years ago. A card thanking me for the last six months as a mom. (Considering I moved my entire life and family from Philadelphia to San Francisco in November.) Six months. How about the last ten years?

Of course I’m picky. Of course I am grateful most days. But there is absolutely nothing wrong with the way I feel today. Unloved & unheard. Typical for me. Makes me beg the question, what is the point of the stupid holiday anyway?

I even mentioned last week that we should go to brunch. I didn’t want to cook, clean, fight over a device, do anything sports. So why would going out to eat be a good idea? Cause I wouldn’t have to do ANY of those things. And I would at least get a picture of me with my family. On Mother’s Day. I was told it was too expensive so that idea fell out and hit the dirt. Needless to say when I went to explore an island all alone and saw all these happy families eating brunch at a nearby restaurant al fresco? I was sad. They were pounding mimosas while my family pounds a pitchers mound.

Instead, I cried. A lot. I felt so unloved. Especially when my five year old came to the bedroom when I woke up and said “Oh..It’s Mother’s Day” like it was the end of the world. To him, I suppose it was. No devices all Mother’s Day. I ruined his game of FortNite.

There really aren’t many things that moms die for. Considering we would take a bullet or a bus for our kids and family you would think one day they would make it an extra special day for mom.

At least I thought they would in my house.

But again… just like my fortieth birthday party held at Cracker Barrel with a cake to feed 25 people and not one person showed up because they were invited last minute? Good thing I live in paradise with Angel Island nearby so I could feel wrapped up in something.

I threw a surprise 40th birthday party 8 months pregnant for my husband and his friends in Chicago. But I’m not bitter. Promise. I just need to realize after 11 years this isn’t a fairy tale. This is reality. And it could always be worse. Even on days that were meant to be the best.[vc_raw_html]JTNDaWZyYW1lJTIwc3JjJTNEJTIyaHR0cHMlM0ElMkYlMkZ3d3cuZmFjZWJvb2suY29tJTJGcGx1Z2lucyUyRnZpZGVvLnBocCUzRmhyZWYlM0RodHRwcyUyNTNBJTI1MkYlMjUyRnd3dy5mYWNlYm9vay5jb20lMjUyRlJlYWxpdHlNb21zJTI1MkZ2aWRlb3MlMjUyRjE4NDk4MjExMDg0MDM3MDAlMjUyRiUyNnNob3dfdGV4dCUzRDAlMjZ3aWR0aCUzRDU2MCUyMiUyMHdpZHRoJTNEJTIyNTYwJTIyJTIwaGVpZ2h0JTNEJTIyMzE1JTIyJTIwc3R5bGUlM0QlMjJib3JkZXIlM0Fub25lJTNCb3ZlcmZsb3clM0FoaWRkZW4lMjIlMjBzY3JvbGxpbmclM0QlMjJubyUyMiUyMGZyYW1lYm9yZGVyJTNEJTIyMCUyMiUyMGFsbG93VHJhbnNwYXJlbmN5JTNEJTIydHJ1ZSUyMiUyMGFsbG93RnVsbFNjcmVlbiUzRCUyMnRydWUlMjIlM0UlM0MlMkZpZnJhbWUlM0U=[/vc_raw_html]

Joey Fortman is the brains behind #RealityMoms. In 2008, after 20+ years in traditional media hosting radio shows around the country, Joey traded in the microphone for a diaper bag, struggling through her own personal crisis: unemployed, overweight, and lost in the land of mommy bloggers. Little did Joey know, her traditional media background would pave the way for success at Real Mom Media. As a sought after media magnet, Joey has been featured nationally on Good Morning America, Dr. Phil, Anderson Cooper, the Katie Couric Show, Dr. Oz, Redbook, The Today Show, The Talk, Fox and Friends & The Newlywed Game. When not at the sports complex with one of her kids, on an island or a grocery store run, or on Facebook Live with #RealityMoms contributors, Joey is obsessed with adult coloring.
All Posts
PrevPreviousI’m Not Ready For Summer
NextThe Financial Rewards of Having A Boy Going to PromNext