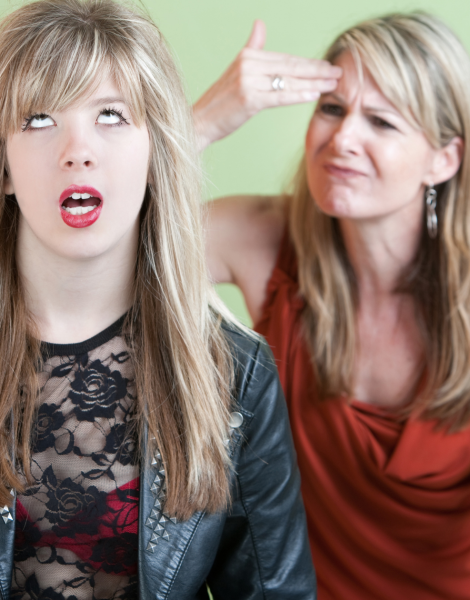 Adolescence is challenging in part because it makes one really emotional, and by “one,” I mean the parent of the adolescent. Raising a teen is often likened to riding a rollercoaster, but that may be an understatement.

I charted the emotions that came with parenting for a few days. It was a lot. Here are seven emotions parents of teens feel every single day.

My teenager makes me either scratch my head, wondering “What was she thinking?” or asking “Why?” Every. Single. Day.

This is done with full knowledge that there is no good answer to my question.

When you combine that with my futile efforts to comprehend confusing new procedures at school, figure out the logistics of a busy schedule, and trying to keep up with the latest social media slang and acronyms, it’s safe to say I’m often in a state of confusion.

Without a doubt, there are days when is easier to feel amusement than others, but on the whole, teens can be funny. In fact, they can be hilarious.

Something my daughter says or does or a story about what happened at school that day can tickle my funny bone. Other times, just an absurdity that comes with raising someone whose brain is not yet formed can make me laugh. And I confess that sometimes there’s no choice but to laugh at myself.

There’s almost always something amusing, which is great because maintaining your sense of humor is key to staying sane when parenting a teen.

I’d be lying if it I didn’t say that I feel a bit of fear on a regular basis. I tended to be anxious before becoming a parent, but I’m also pretty certain that I’m not alone in feeling some fear when it comes to raising a teenager.

And then external factors can stoke fear. Whether it’s news of a student in a neighboring high school committing suicide, hearing about the opioid addiction issues impacting teens or seeing the latest stats about kids who text and drive while your child is also on the road, there are some things that can make a pit appear in a parent’s stomach instantly.

I work really hard not to let fear rule my life or my parenting decisions, but it’s there. I try to acknowledge it and manage it.

Not all parental fears are rational. Even if they are, we know that we can’t keep teens safe all the time. A lot of parents regularly put on a brave face and ignore their fear when sending their kids off into the big wide world.

One of the reasons that I think parenting a teen is so hard is because we’ve been there. Of course, not in exactly the same place. (Believe me, I thank my lucky stars regularly that there was no social media when I was a teen.) But there are some aspects of growing up that are consistent from generation to generation.

So many of the scenarios in which our teens find themselves are similar to ones we lived through. While they find it hard to believe, we sometimes really do have an inkling of how they’re feeling. We really can empathize because we’ve been in their shoes.

There’s a strong desire to step in and say “Don’t do what I did! Learn from my mistakes! Here’s what really works here!”

Our teens may make us crazy, but they also make us proud. Whether it’s winning an award, being kind to a classmate or picking themselves up and showing up when you know things have been tough, these kids can make our hearts swell. Just knowing the person they are becoming can make a parent proud day in and day out.

I may not always like my teen’s choices, but I will always love her, no matter what.

The teen years are certainly trying for parents, but I’m often reminded of those who have tragically lost children before they reached their teens. I know how very fortunate I am to have a healthy, happy teen. I’m ridiculously grateful that I get to be her mom.

This post originally appeared on Between Us Parents. It has been reprinted with permission.

Shannan lives in the suburbs of Chicago with her husband and teen daughter. She's a recovery attorney who now blogs at BetweenUsParents.com, ChicagoNow, and as part of the Chicago Parent Blogger Network. Her writing has appeared on the Erma Bombeck Writers' Workshop, Scary Mommy, BonBon Break, Brain Child and In the Powder Room, and her essays have been included in two anthologies by The HerStories Project. She is also freelance writer for regional magazines. Shannan was in the 2013 cast of Listen to Your Mother, despite the fact that her daughter often fails to do so.
All Posts
PrevPreviousWhen Parenting Took Over my Marriage