Thrifting Before Christmas: How I Rein in the Clutter

My girls have a lot of crap. And I mean a lot of crap. As much as I try to stay on top of the toys, crafting materials, stuffed animals and dress up clothes, I continuously fail to restrain the clutter. But there is one time each year that I devote an entire day to cleaning out the playroom—and all the other rooms in the house that accumulated toys throughout the year: The day of their birthday party.

With two girls so close in age and with birthdays only three weeks apart, my husband and I throw a joint party every December. It’s a day of stress, fun and a gift opening extravaganza. Our living room is covered in wrapped boxes and gift bags loaded with tissue paper. It’s every kid’s dream! And every parent’s reason to down an extra glass of wine.

But I’ve learned to take this opportunity to weed out the toys that the girls still play with from those that cease to see the light of day as they spend their days on the bottom of cubbies and toy boxes. We usually hold their birthday party in early December—right smack dab in the middle of their birthdays—which makes its prime thrifting time since not only are birthday gifts being added to their toy boxes, but eventually Christmas gifts as well.

Figuring out what to give away to our local Assistance League, to younger cousins or to toss can be really, really difficult. I mean, everything brings back.

Like the Elmo teether that I recently found in my younger daughter’s room. Although she has all her teeth and isn’t a huge fan of Elmo, I kept it for over a year because it reminded me of my older daughter’s love for that red monster.

I typically spend the afternoon after the party letting the girls open all their gifts and figure out which are duplicates to be returned to the store, board games or craft sets that they are still too young for but can be stored for future use, and where to put the new toys they can use now.

The next day the heavy lifting begins. We use cubbies for toys in the playrooms and bins for crafts. I start by literally going cubby by cubby and bin by bin sorting through all the crap. And my four-year-old was right beside me this year telling me what she still plays with (Disney Princesses—keep; dried up Play-Doh—toss), what can be given to a kid who may not have many toys to play with and what to toss.

Of course, we hit some bumps along the way because giving up stuff can be tough, especially once you learn it’s going to some other kid who will play with it.

In those instances I use the rule of “get one give one”—as in you get a new Barbie doll, you give away one toy to make room for the other.

After I get my daughter’s opinion on which toys to keep, I ask my mom who spends the majority of the week with them since she watches them while me and my husband work. The majority of the toys we gave away were those considered baby toys like rattles, and floor mats, simple board books and several stuffed animals. Tossed were teethers, dried up markers and incomplete craft sets and old stamp pads and coloring books.

If I hadn’t seen my daughters play with a given toy—for instance, the knock-off Barbie we purchased at a swap meet or an Elmo doll that once sang and danced but now just sounds like it’s always drunk—then it was gone into one of the bags.

Going through all the toys, books, coloring books and dolls is a huge pain in the ass and I’m definitely not the most pleasant person to be around during the process, but it’s a must-do in order to stay on top of the clutter. It’s also an opportunity to teach my daughters the importance of letting things go and giving items to others who could use them.

Another reason: The process serves as inventory before I start buying them Christmas gifts. Now I know that while they don’t need any more toys to add to their ever-growing collection of dolls and Little People, there is no chance in hell that I will be purchasing something they may already have in one of their many cubbies. Like another tiara or microphone. 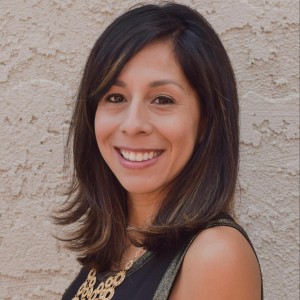