From First Steps to Prom Photos: He’s Still My Baby

I don’t know when it happened. The impossibility of time passing in this quantity is unreal. I must have hit my head and gone unconscious for years. More than a decade for sure.

My baby went to prom. My baby. My first born. My little, bitty, cute, glasses-wearing boy morphed into this man. A man who looked dapper in a tuxedo and was half of an amazing couple in prom photos.

A bunch of our babies are playing at being adults. They’re in gowns and tuxes, eating a fancy dinner, holding what feels like a dress rehearsal for bigger steps in a different version of the world. Posing for pictures with dates, hugs, cheeks close, behaving like grown ups! Choosing colors for tuxedo vests and flowers for dates—aren’t those steps adults take before weddings? Am I going to lose another decade or two and then tomorrow he’ll be getting married? I know…I know…it’s just prom. Junior Prom at that. Next year I’ll be a complete mess—Senior Prom will signal the end of high school and the very real timeline of his departure for university.

My brain and heart can’t seem to reconcile the reality that my son is almost a legal adult. He has a life separate from mine. He is making decisions. I’ve been removed as director of all that he does. My role has changed, subtly over time, to observer. I’m so thankful he still includes me in his life, asks for advice (once in a great while), and senses my need to still be …. needed. Prom is another milestone I’m thankful he chose to experience. Watching him look at his date with stars in his eyes, hearing him comment on how gorgeous she looked…my child is growing up into this amazing human.

I don’t mourn the fact he’s growing up. I welcome it. My heart has to play catch up once in a while as memories of childhood rush in and remind me of the passing of time. Prom is just another sign my son is preparing to enter the world on his own. I hope we’ve given him the tools he needs to accomplish all he dreams of. From first steps to prom photos….he’s still my baby. 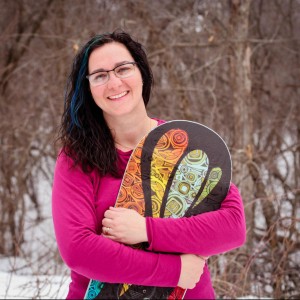 Joy aka Evil Joy is wife to one Dr. Evil and mother to four children she often refers to as spawn. Joy is a snowboarding fanatic and loves to share her exploits - snowboarding and otherwise - on Instagram. She currently spends copious amounts of time taxiing her children from one place to another. Frequently funny, always honest, and occasionally serious Joy blogs about everything from dealing with messy teenagers to navigating life after PTSD. Joy has been published in the anthologies "Surviving Mental Illness Through Humor" and "Only Trollops Shave Above the Knee" and has been featured on Sammiches and Psych Meds and UrbanMommies.com. Her blog is Evil Joy Speaks and you can find her on Facebook and on Twitter.