I don’t normally stop my life to write about the loss of a celebrity but for some reason, my heart is so incredibly sad right now. I had come to be enamored by Carrie Fisher not because she played Princess Leia in Star Wars, but because she was never afraid of talking about her mental health. Carrie Fisher died on December 27, 2016 after having a heart attack on a flight to LA from London.

If you live under a rock, you might have missed the story.  But the real in the story isn’t about Carrie. It’s about her own mother, Debbie Reynolds who passed away the day after her daughter. They were a mother-daughter Hollywood duo who had many years of strife—they were even estranged at one point—yet they both died within 24 hours of each other. You know what that tells me? That tells me that there seriously is some sort of connection from the other side.

I mean, think about it. It happens all the time.  You always hear of stories where longtime married couples grow old together and die together. No, maybe not both physically dead at the same time. But when a husband loses his wife, they never recover and also die within a short period. If you love someone that much for so long, how do you lose them?

This mother-daughter duo spent so much time together. I remember seeing them everywhere—just last week I found myself watching a beautiful interview with Debbie Reynolds and Carrie Fisher on Oprah.

You just can’t beat the love a mother has for their child.  My boys are my world.  Motherhood is a battlefield and if I love my boys more than life itself, then love is a battlefield, isn’t it? Pat Benatar had it all right, didn’t she?

My biggest take away from the loss of two Hollywood icons wasn’t that Debbie Reynolds rocked Singing in the Rain. The love of a mother is like no other. Just like in Home Alone when Kevin’s Mom woke up the airplane during Kevin’s scream “MOM”, we moms can feel these tiny people (or big people) whether they’re with us or not. Our hearts become one, especially in times of crisis.  The love of a mother has no end.  Not even when life begins or even when life ends.

I wonder what really is on the other side after the loss of Carrie and Debbie. I wonder if there was a touch of the heart that made Debbie decide it was her time. I’m still just baffled at how this played out just like every time I read of couples who die near the same time. There is definitely something about love and the mother-child bond that can never be explained. 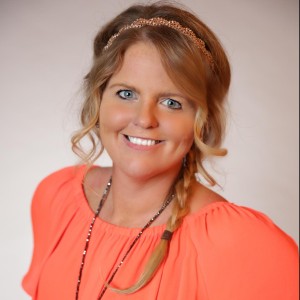